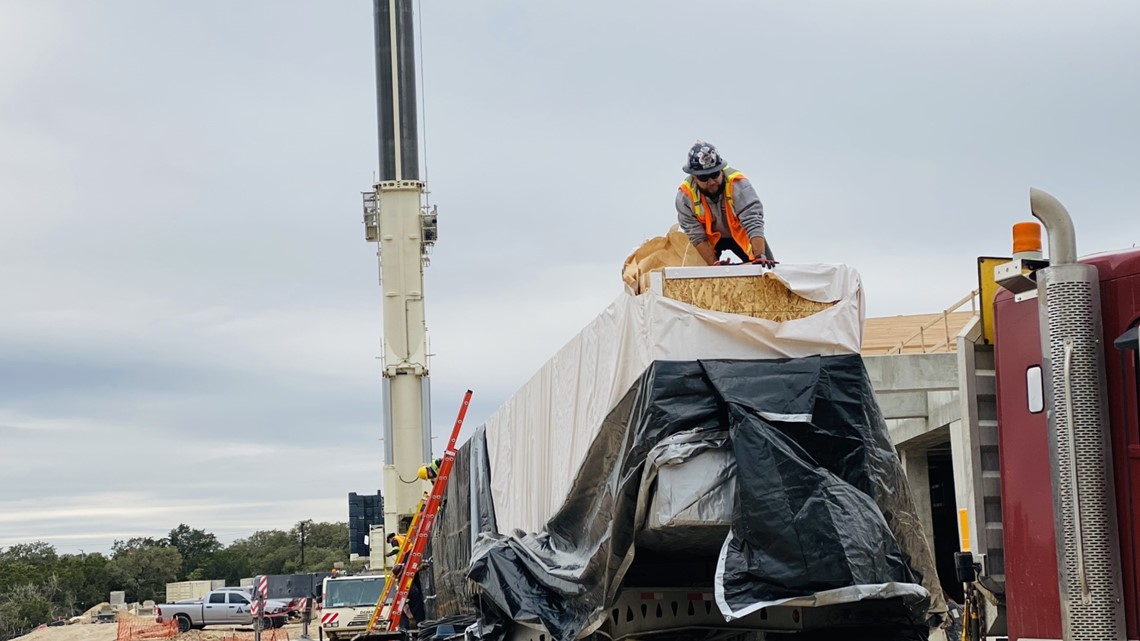 Here’s an update on the construction of the next training facility for the Spurs.

Construction took a major step forward as 20 new mass timber beams are being installed over what will one day become the new basketball courts at the next training facility for the Spurs at The Rock at La Cantera.

According to the Spurs, these beams are 130 feet long each, over six feet tall. and weigh over 13 tons

The beams are traveling from Oregon and will take six days for each truckload to arrive here. A 500-ton crane is being used to install them.

Once they are fully and safely installed, the construction crew will start pouring concrete for locker rooms and training areas for the team.

Spurs’ RC Buford was at the sight when the beams arrived and gave an update on construction while sharing his excitement.

The team’s new training facility is slated to open in August 2023 along with an outdoor community event plaza.

The Spurs also see the new training facility as helpful in attracting free agents to the team.

“It is an arms race,” Phil Cullen, Spurs’ Director of Basketball Operations and Innovation said. “Let’s just say the money’s equal, and the opportunities are equal as far as playing time. What’s going to be that decision-making factor that is going to drive a player to San Antonio? We wanted to make sure we gave ourselves the best opportunity in that discussion.”

The Rock at La Cantera is a multi-phase $500 million legacy project that will extend across 45 acres and feature a human performance research center, a 22-acre park, a state-of-the-art Spurs performance center, a public outdoor event plaza and space for medical, hospitality and office use.