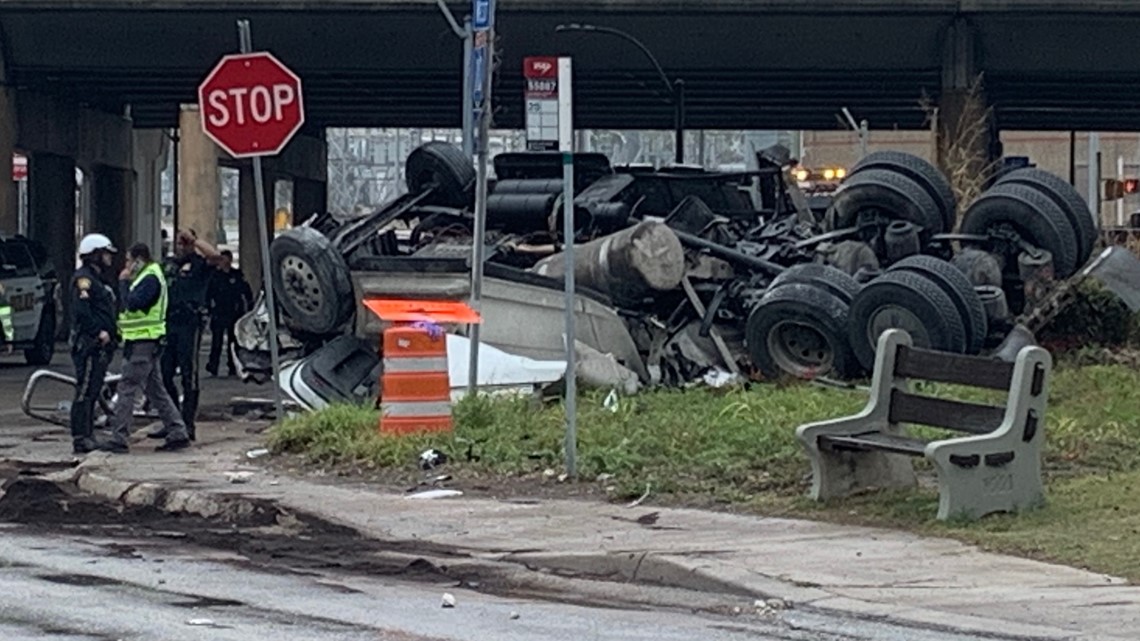 Police said the driver and the passenger were taken to the hospital in critical but stable condition.

SAN ANTONIO — A semi crashed off of I-10 at Culebra and fell onto the lower level 13 feet below, officials said.

The crash happened Thursday afternoon when the truck hit a guardrail, then went over the railing before it landed.

Two people were taken to the hospital in critical but stable condition.

Police didn’t have many more details, but if KENS 5 receives any updates, the article will be updated.

Police say the road may reopen by 1 p.m. depending on the condition of the occupants which was a driver and a passenger.