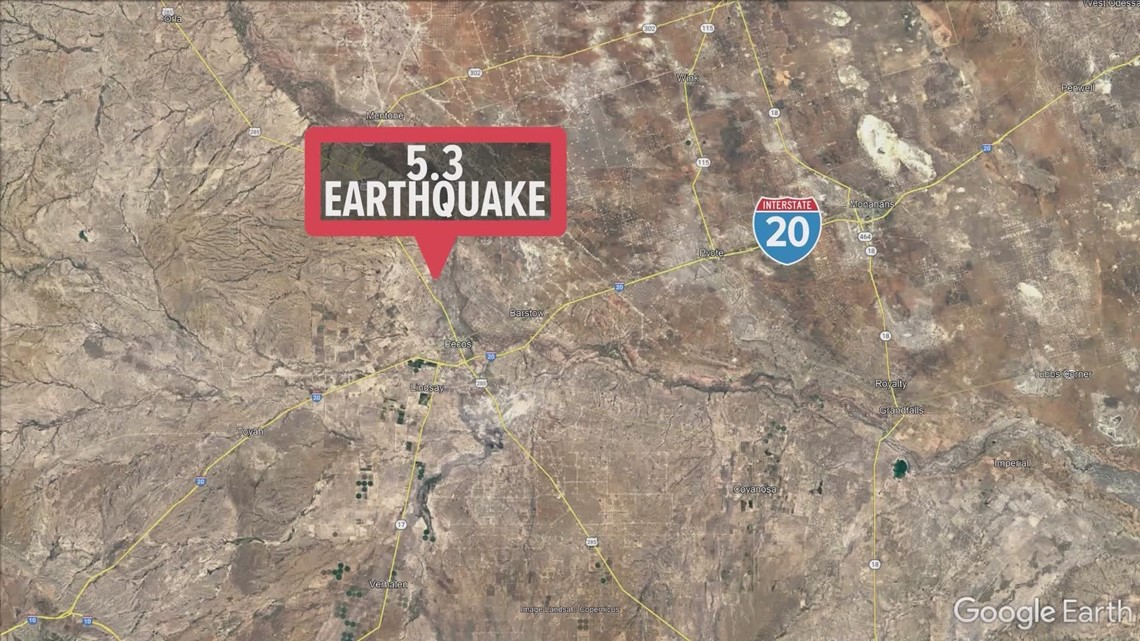 This comes after The United States Geological Survey reported that a magnitude 5.3 earthquake shook much of West Texas

This comes after The United States Geological Survey reported that a magnitude 5.3 earthquake shook much of West Texas around 3:30 p.m. Wednesday.

It was followed by two aftershocks, one a magnitude 2.8 and the other a magnitude 2.6. This is the third strongest earthquake ever to strike Texas, and the strongest since 1995.

In San Antonio, which is nearly 400 miles away, students at SAC said they could feel the building “swaying.” The Bexar County Sheriff’s Office also said that the Vista Verde Plaza building on 233 North Pecos was moving. Everyone was evacuated and no injuries have been reported.

Our KENS 5 crew is working to gather more information. Check back for more potential details.