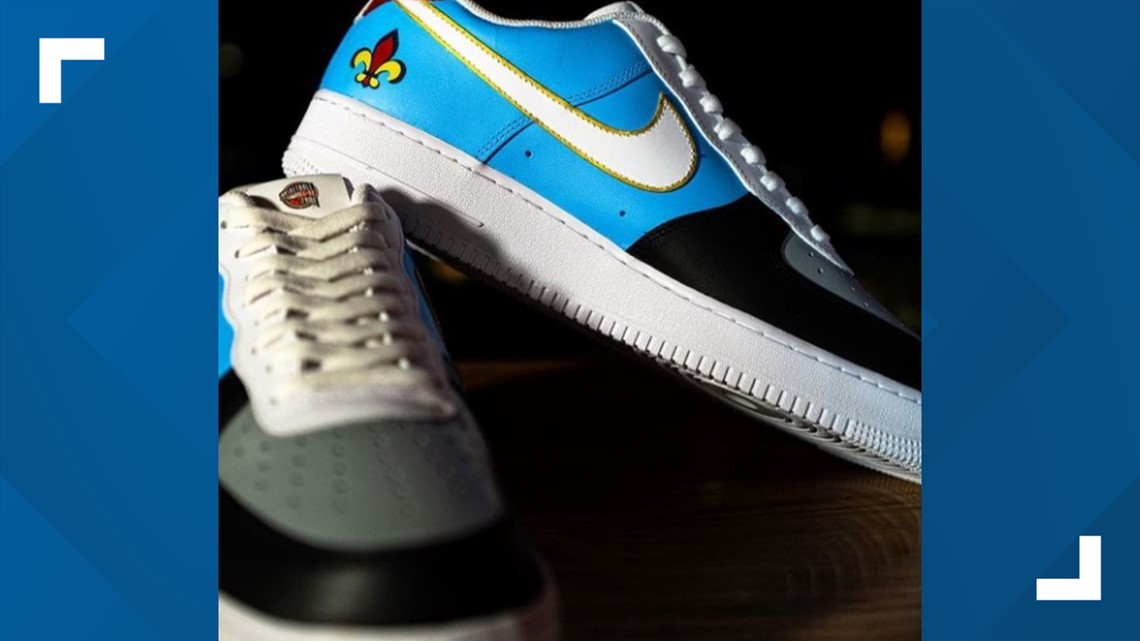 SAN ANTONIO — San Antonio Spurs great Manu Ginobili is now among the greatest basketball players, enshrined at the Naismith Basketball Hall Of Fame and he made sure to reflect his hoop journey on his feet.

Specifically, a pair of custom sneakers made by San Antonio’s own sneaker artist Jake Danklefs of Dank & Co.

Ginobili requested Danklefs to take on the task of creating unique sneakers ahead of his enshrinement and it was a slam dunk decision for him.

But a few weeks ago, I got a call from a dear friend with an opportunity of a lifetime. It was a request from Manu Ginobili to have custom shoes made for himself to wear during his #nbahalloffame acceptance. Of course, without question, I accepted the job. Whatever the king wants, we will make it happen. Thank you so much to @manuginobili, not only for one the most meaningful projects myself and my team have had to honor to be a part of, but thank you for bringing so much humble joy, hard work and entertainment to my home town.

The custom Nike Air Force 1s showcase Manu’s home country of Argentina with the country’s flag colors, the four years he won NBA titles with the Spurs, the year Team Argentina won gold at the Olympics in 2004, the Basketball Hall of Fame logo, and the date of his induction.

Manu also went the extra mile making sure the logo of the Italian team he played with was represented and the Italian flag’s colors also were recognized for time spent playing in Italy.

Once the sneakers were complete, Ginobili thoroughly enjoyed them.

The sneakers are definitely fitting for the Spurs legend who changed basketball and brought so much excitement on the court in the Alamo City.