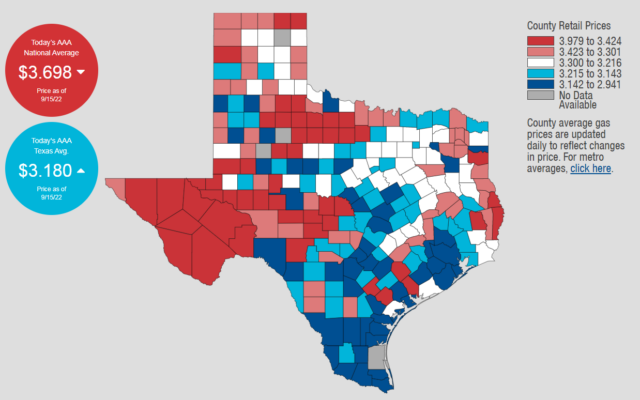 SAN ANTONIO (KTSA News) — AAA Texas is reporting another drop in the price of gas for San Antonio with divers paying $3.08 per gallon.

Texas now finds itself with the third-cheapest average price for regular unleaded in the U.S. after leading the nation last week. The Lone Star State is now paying an average of $3.18 per gallon, a three-cent drop from the average price of $3.21 last week. This week’s drop in price makes it 13-straight weeks gas prices have fallen in Texas.

“The crosswinds in the oil and gas market remain strong and conflicting,” said AAA Texas spokesperson Joshua Zuber. “Overall, the market has been pricing in an economic slowdown in the face of inflation while the energy industry continues to factor in supply worries with the war in Ukraine.”

According to AAA Texas Weekend Gas Watch, the most expensive gas in the nation is in California, where the average price for regular is $5.44 per gallon. 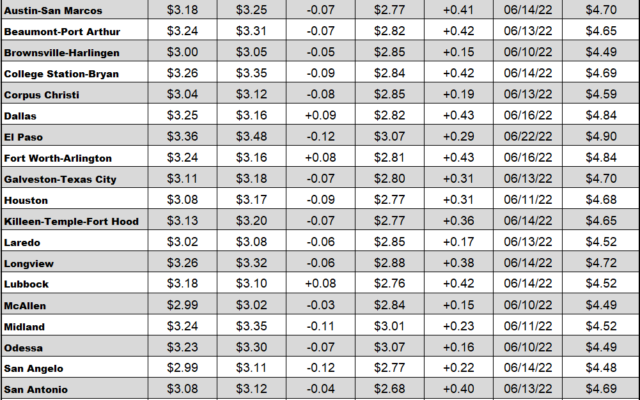