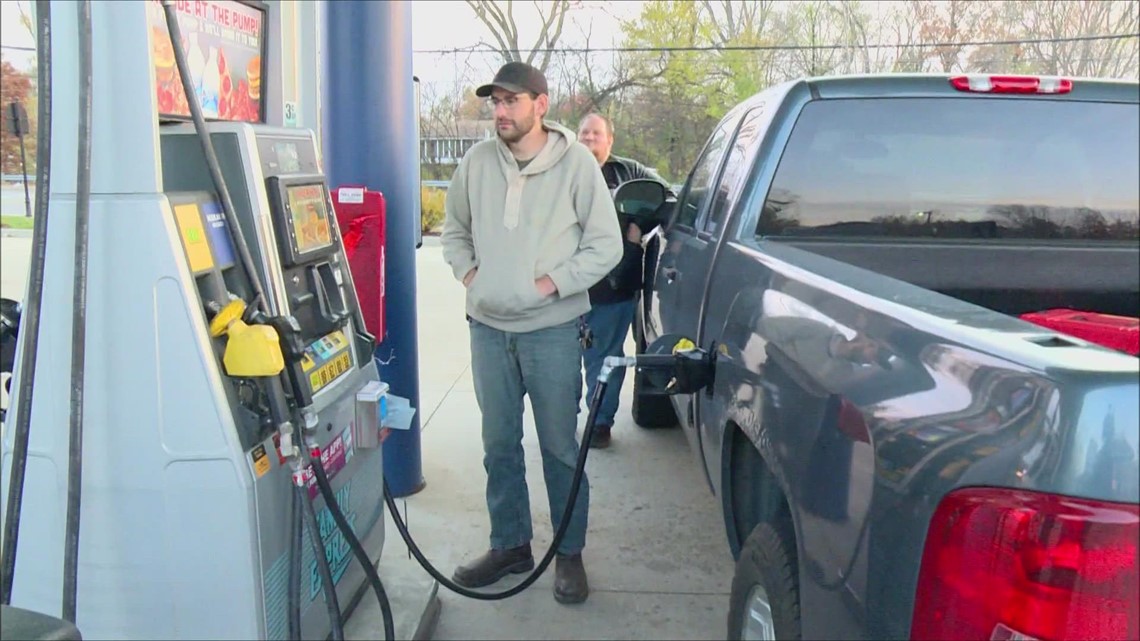 That number is less than half a percentage point from last year.

SAN ANTONIO — It’s one of the busiest time of year for travelers ahead of the Thanksgiving holiday and AAA Texas forecasts around 3.6 million Texans will be out on the roads this year.

That number is  less than half a percentage point from last year, AAA Texas reports.

But car travel is about 2.5% percent below 2019 levels, officials say.

If you are heading out on Texas roads and need to fill up, it’s going to cost you $2.97, which is about 13 cents less than this time last week.

And the cost is about three cents less compared to this time last year.

Here in San Antonio, the average price of gas is $2.86 per gallon.

It might be a good idea to head out Tuesday or early Wednesday morning if you want to beat the traffic.

The busiest day for Thanskgiving travel is on Wednesday from 11 a.m. until around 8 p.m.

And starting Wednesday, the Texas Department of Public Safety says they’re going to be stepping up enforcement for Thanksgiving through Sunday.

Last year, they issued about 37,000 warnings and citations and 138 DWI arrests.

“The real key is to be conscious of leaving at a reasonable time where you know traffic should be a little bit better. It’s not gonna be light, it’s not going to be great, but it should be better,” CNN reports.