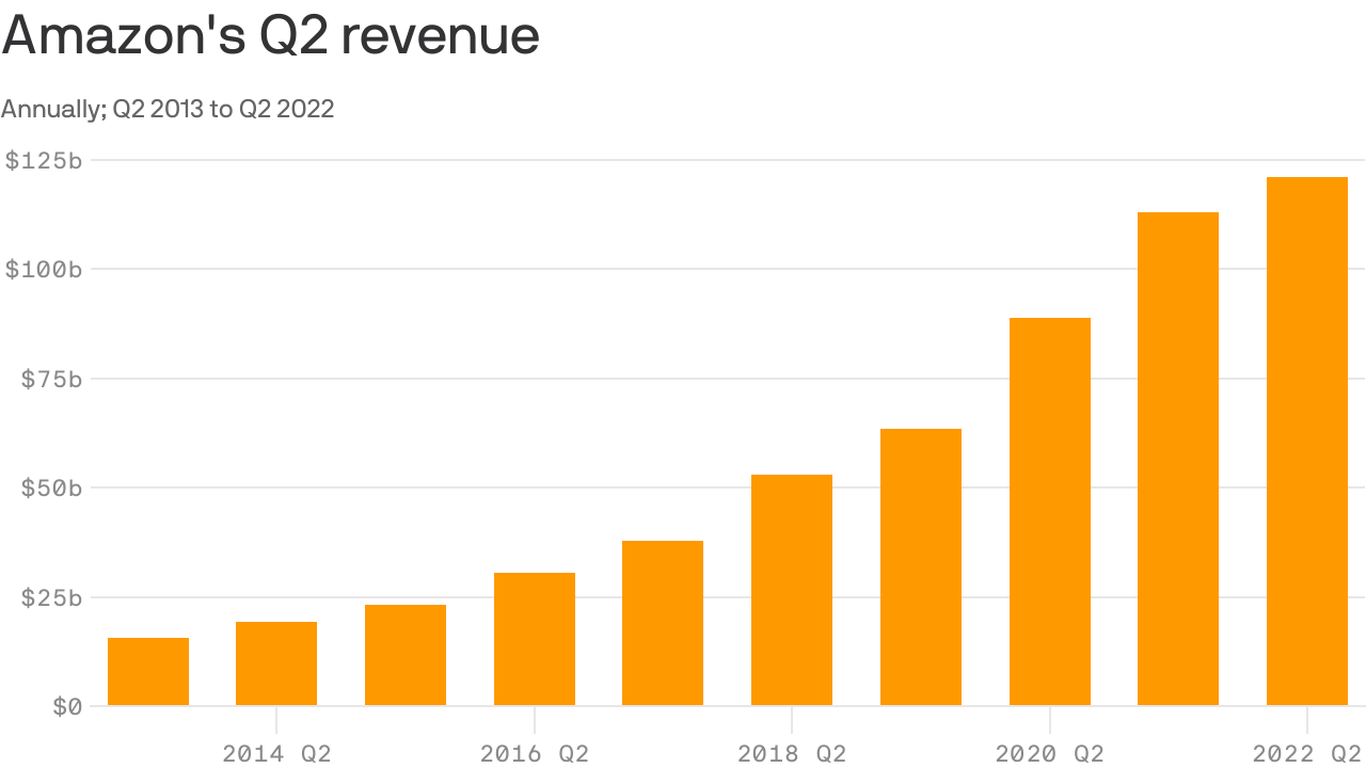 Amazon’s growth is plateauing as the company adjusts to a new economic environment.

Catch up quick: Net sales rose to $121.2 billion in the second quarter, or by 7% — the same pace as the first three months of the year, the company reported on Thursday.

Context: The results were better than feared as the digital and logistics conglomerate comes off a period of huge investments in logistics and online, online shopping fevers recede and inflation rages.

A snapshot: Online sales, notably, declined 4% year-over-year in the second quarter to nearly $51 billion from about $53 billion.

Our thought bubble: Amazon needs to master the art of brick-and-mortar to set the stage for the next phase of growth, as online sales falter.

The big picture: When asked about the consumer spending slowdown that Walmart says it’s seeing, CFO Brian Olsavsky said the company “did not notice a step down in June.”

What to watch: Bright spots within Amazon remain its AWS business and advertising unit, which grew 33% and 18% year over year respectively, beating analyst estimates.

Editor’s note: This report has been updated with details of the $3.9 billion pre-tax valuation loss tied to Amazon’s write-down on its common stock investment in Rivian Automotive in the second quarter.