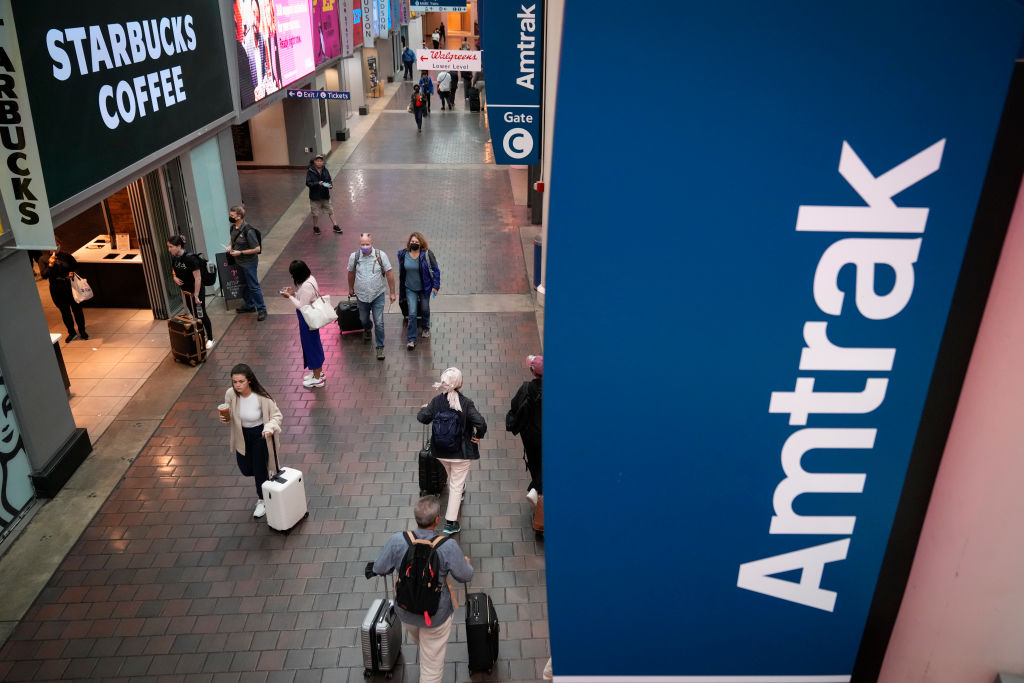 The company has already started phased adjustments as a work stoppage could hurt passenger-rail services on the routes on which it operates on tracks owned and maintained by freight railroads, Amtrak said in a statement Wednesday. The Northeast Corridor route linking Washington, New York and Boston isn’t part of the planned shutdown, because Amtrak runs its own lines.

The fallout is growing even before the shutdown while the labor talks drag on and cargo operators pull back against the threat of a walkout by about 125,000 freight-rail workers come Friday. A strike would potentially cost the world’s biggest economy more than $2 billion a day.

“We’ve been engaging with the parties and our message continues to be that the labor unions and the railroads need to find the deal space to avoid any kind of disruption,” Transportation Secretary Pete Buttigieg told reporters in Detroit. “Of course, we’re preparing for any contingency” should a strike happen, but the administration’s goal is to prevent a stoppage, he said.

The stoppage would be the largest of its kind since 1992, and it would snarl a wide range of goods transported by rail — from food to metal and auto parts — in addition to travel chaos for thousands of commuters. The White House is considering an emergency decree to keep key goods flowing.

Any cancellations in passenger services are a disruption for Americans and underscore why the dispute must be resolved as soon as possible, a White House official said in response to Amtrak’s announcement. The unions and railroads are continuing to negotiate in good faith to avert a shutdown of freight-rail lines, the official added.

Labor Secretary Marty Walsh is leading the negotiations, which continued through lunch without a break, a Labor Department spokesperson said.

President Joe Biden, who traveled to Detroit on Wednesday, has been kept apprised of the ongoing negotiations and is following them closely, according to a White House official.

A Biden-appointed board last month issued a set of recommendations to resolve the dispute, including wage increases and better health coverage. But the proposal did not include terms on scheduling, attendance and other issues important to the two unions holding out for a deal, affiliates of the Teamsters Union and of the International Association of Sheet Metal, Air, Rail and Transportation Workers. Together, they represent about 60,000 employees.

They have complained that under rail companies’ punitive attendance policies, employees can be and have been fired for getting sick or going to the doctor. The companies have said they provide paid time off that employees can use for medical appointments.

A growing number of industry groups are urging Congress to act to avoid a strike with the National Retail Federation saying Wednesday that lawmakers should implement the emergency board’s recommendation to avoid a “catastrophic shudown” of the freight-rail system.

A rail strike would be “potentially disastrous,” with “dire consequences that will cascade throughout the economy if a strike actually occurs,” Business Roundtable Chief Executive Officer Joshua Bolten told reporters.

Supply-chain issues would be “geometrically magnified by the rail strike, and that’s not just the occasional Amazon box showing up two days later than it should — these are critical materials” such as chlorine to keep water clean that would be delayed, Bolten said.

If all 7,000 long-distance freight trains available in the US stopped running, the country would need an extra 460,000 long-haul trucks daily to make up for the lost capacity, which isn’t possible because of equipment availability and driver shortages, American Trucking Associations President Chris Spear said in a letter to Congress.

The trucking industry — dealing with labor issues of its own — faces a deficit of 80,000 drivers nationwide, he wrote.

A majority of the 12 unions involved has either reached or finalized tentative agreements with employers, according to the National Carriers’ Conference Committee, which represents rail companies including BNSF Railway, CSX Corp., Kansas City Southern, Norfolk Southern Corp. and Union Pacific Corp. in collective bargaining.

However, members of those unions also would refuse to work unless a deal is reached with the whole group.

Earlier, almost 5,000 workers represented by the International Association of Machinists rejected the contract, complicating efforts to avoid a nationwide strike.

The union members gave leadership the green light to strike if necessary. IAM District 19 said it also agreed to an extension until Sept. 29 to allow negotiations to continue.