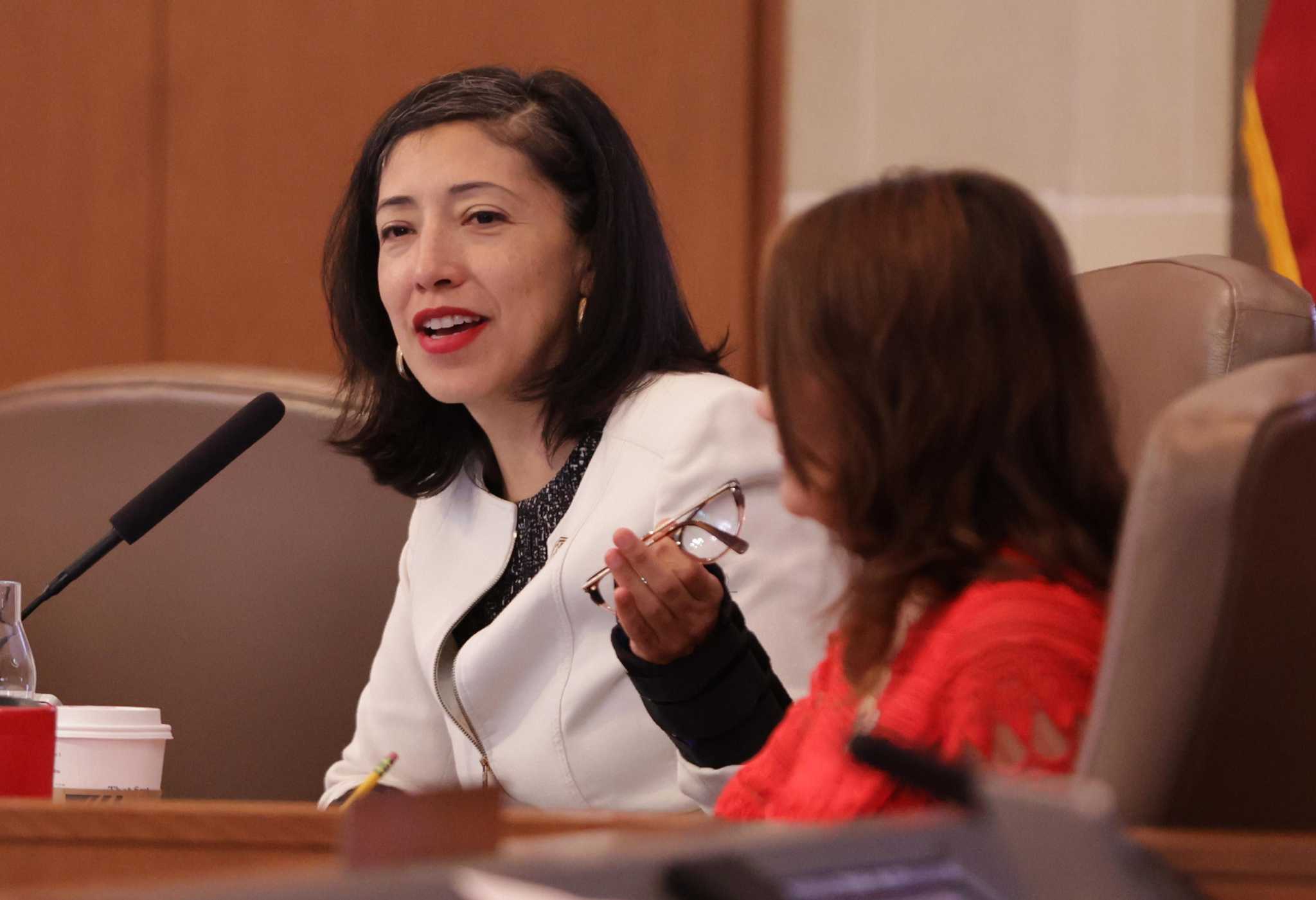 SAN ANTONIO — Ana Sandoval is stepping down from City Council.

The West Side councilwoman, sometimes talked about as a potential future mayor, told the Express-News that she will leave her seat to begin a new job at University Health, working on health equity issues in the Bexar County-owned health care system’s research division. She starts her new job Jan. 30.

City Council will need to appoint an interim member to fill the final four months of Sandoval’s term. Her decision not to seek a fourth term will also create a wide-open District 7 race in the city’s May elections.

The past 14 months have been an emotionally intense period for Sandoval.

In September, shortly before a contentious council vote on what to do with $75 million in surplus CPS Energy revenue, District 1 Councilman Mario Bravo, her former romantic partner, berated her near the council dais over her refusal to back his plan for the funds.

Bravo told Sandoval that her action illustrated why they had split up and why he didn’t want to have children with her.

Bravo’s outburst prompted a censure and no-confidence vote in November from his council colleagues.

Sandoval said personal and financial considerations affected her decision to resign from council.

She added that her father’s death put her in a very different role in her mother’s life.

“She depends on me more. I’m a lot more active in her life,” Sandoval said.

“On top of being a mom, it’s a lot more responsibility. I welcome it. But I also want to give it its proper attention, and I just don’t think I could do that very well in the next four months, continuing in this role — or that I could be a very good council person.”

The councilwoman said her high-profile conflict with Bravo wasn’t a major factor in her decision to step down but that it was part of what made the council experience challenging for her.

“Being on council is hard,” she said.

“Some people handle it really well, the different pressures, the deals you have to make, the compromises and the battles,” she said. “Some people are fine having those battles and then coming back the next day as though nothing happened.

“I’m not one of those people.”

Sandoval isn’t shutting the door on politics forever but has no plans to seek elective office.

Sandoval made it to council in remarkable fashion in 2017, knocking off three-term incumbent Cris Medina. Over the previous decade, council incumbents had won 35 of their 38 races.

She brought an uncommonly impressive résumé and rich biography to City Hall.

A native of Monterrey, Mexico, Sandoval moved with her family to San Antonio when she was 1.

She was the valedictorian of her graduating class at Jefferson High School, where she was schoolmates with a future mayor and a future congressman: Julián Castro and his twin brother, Joaquin.

She also studied business in Mexico City on a Fulbright scholarship.


At the time that she launched her first bid for City Council, Sandoval served as director of the Air and Health Collaborative of San Antonio. Climate change and public health were her major priorities as a candidate, and she was a driving force behind a polarizing climate action plan approved by council in 2019.

She pushed to combat the displacement of lower-income residents in San Antonio’s urban core by amending incentives packages for commercial and residential developers to include more affordable housing. But the compromises never went far enough for her, and she voted against the packages.

Sandoval also advocated for greater transparency and accessibility when it came to city meetings. Thanks to her efforts, committee meetings are now livestreamed, free parking is available for residents who want to address council and the city has a website, SA Speak Up, that allows constituents to express their opinions on key issues.

Sandoval said she is proud of the fact that she was able to “speak to the Spanish-speaking public directly in Spanish.”

She also expressed pride in the opening of two parks in her district.

She said she is hopeful that the Heat Illness Prevention Task Force she and council colleague Adriana Rocha Garcia successfully pushed to create will produce heat safety solutions for construction workers.

Most recently, she got the city to commit $9.5 million in annual climate mitigation funding under CPS’ Save for Tomorrow Energy Plan program.

In 2019 and 2021, Sandoval received the highest vote percentage of any council candidate.

In 2021, she said she initially had been motivated to run for council by concerns over how the city would manage its rapid growth.

“I wanted to be a part of shaping that growth,” she said.