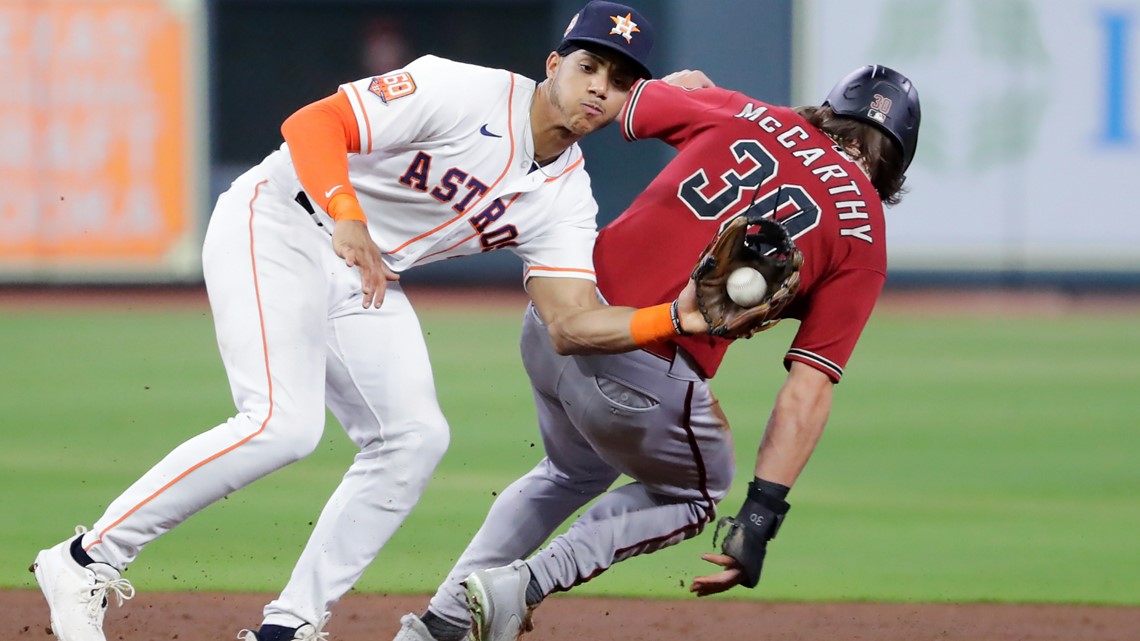 With the loss, the Houston Astros lost out on an opportunity to clinch the top seed in the AL.

HOUSTON — The Houston Astros lost out on an opportunity to clinch the top seed in the AL when Christian Walker capped Arizona’s three-run 10th inning with a two-run single, sending the Diamondbacks to a 5-2 victory Wednesday night.

With the loss and the New York Yankees’ 8-3 win at Toronto, the Astros’ magic number to clinch the AL’s top seed remained at one.

Carson Kelly started the Arizona 10th on second and advanced when Geraldo Perdomo led off with a bunt single against Will Smith (0-3). Kelly then scored when Daulton Varsho bounced to second for a fielder’s choice.

With two out and runners on second and third, Walker made it 5-2 with a liner to left that drove in Varsho and Jake McCarthy.

Gallen has surrendered three or fewer runs in 14 straight starts.

Reyes Moronta (2-1) escaped a bases-loaded jam in the ninth to earn the win. Mark Melancon pitched the 10th for his 18th save.