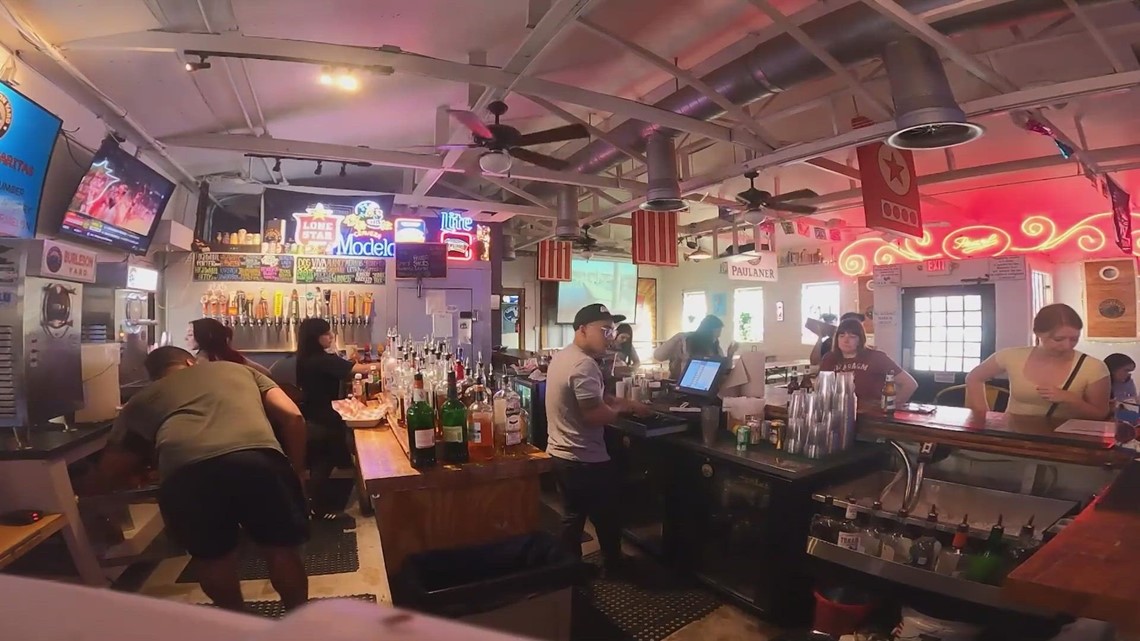 Bars don’t have to be a health-kick casualty, The Modernist manager Ashanti Williams said.

SAN ANTONIO — More San Antonio bars are adding mocktails to their menu, as residents cut back on alcohol consumption during “Dry January.”

Servers have had to adapt to keep sober patrons coming.

“People care, far more than ever, about what they’re putting in their bodies,” said Ashanti Williams, managing bartender at The Modernist.

Williams is now stocking zero-proof mixers on the top shelf. These tonics, vinaigrettes, and exotic juices elevate mocktails in both flavor and feel.

Mixologists can even replicate alcohol’s ‘kick’ in a mocktail.

“That bite you get from vinegar, I think, is a really fun alternative to alcohol,” Williams said. “It burns going down, but you’re not getting drunk.”

Staff at The Modernist believe nightlife is changing, and bars that don’t offer alternatives to booze will lose out. On Friday night, the bar’s first two customers ordered mocktails in lieu of alcohol.

“Even before the whole mocktail craze happened, I’ve always been an avid supporter of being able to come to a bar and not have to drink alcohol to still have a great time with your friends,” Williams said.

“If we can’t help provide that environment and that experience without being pretentious, being snobbish, or having some attitude then they’re going to find somewhere else to go,” he continued.

January has long been a tough month for people in the service industry, partly because drinkers often cut back at the beginning of a new year.

But bars don’t have to be a health kick casualty, Williams said.

“One of the number one tenants of bartending is adaptation,” he added. “If you can’t think to yourself, ‘How do I make a drink without alcohol?’ you’ve got some steps to take in this world.”