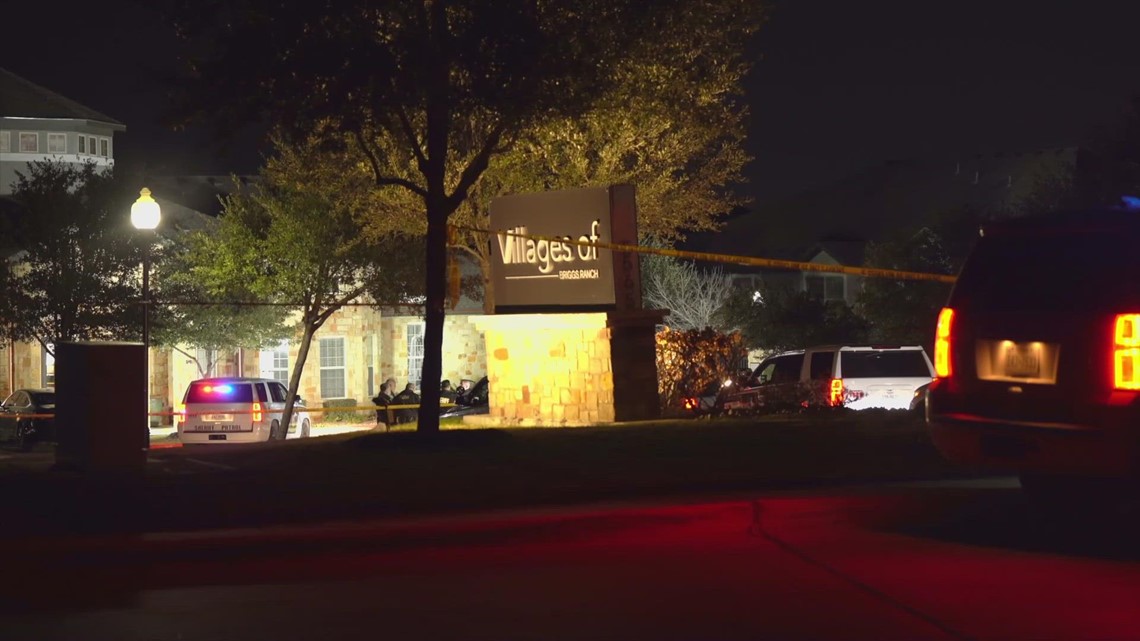 Four men were fighting in a parking lot at the apartment complex and at some point, shots were fired, killing two of the men.

SAN ANTONIO — Two men are dead and one woman has been charged with capital murder following a shooting at a far west-side apartment complex early Thursday morning.

Bexar County Sheriff’s Office deputies say they were dispatched to the the Briggs Ranch apartment complex and when they arrived, they found two men who had both been shot multiple times.

BCSO said at least one person fled from the scene, but there could be another person that fled. As they were searching for those who fled, a woman started talking to officials saying she witnessed the gunfire.

But, according to Sheriff Javier Salazar, as they learned more information they determined that woman, Sheryce Wiley-Taylor, was in fact involved. She’s been detained on capital murder charges. The argument is believed to have been over car keys.

Salazar said at least one other suspect believed to be Wiley-Taylor’s son, 25-year-old DeLeon Malik Taylor Griffin, is a person of interest in the shooting and remains at large. He also has outstanding warrants out of Washington state.

Officials said Griffin is to be considered armed and dangerous, and advise that the public don’t approach him if spotted but instead call BCSO. Anyone who knows his whereabouts is also asked to contact BCSO.