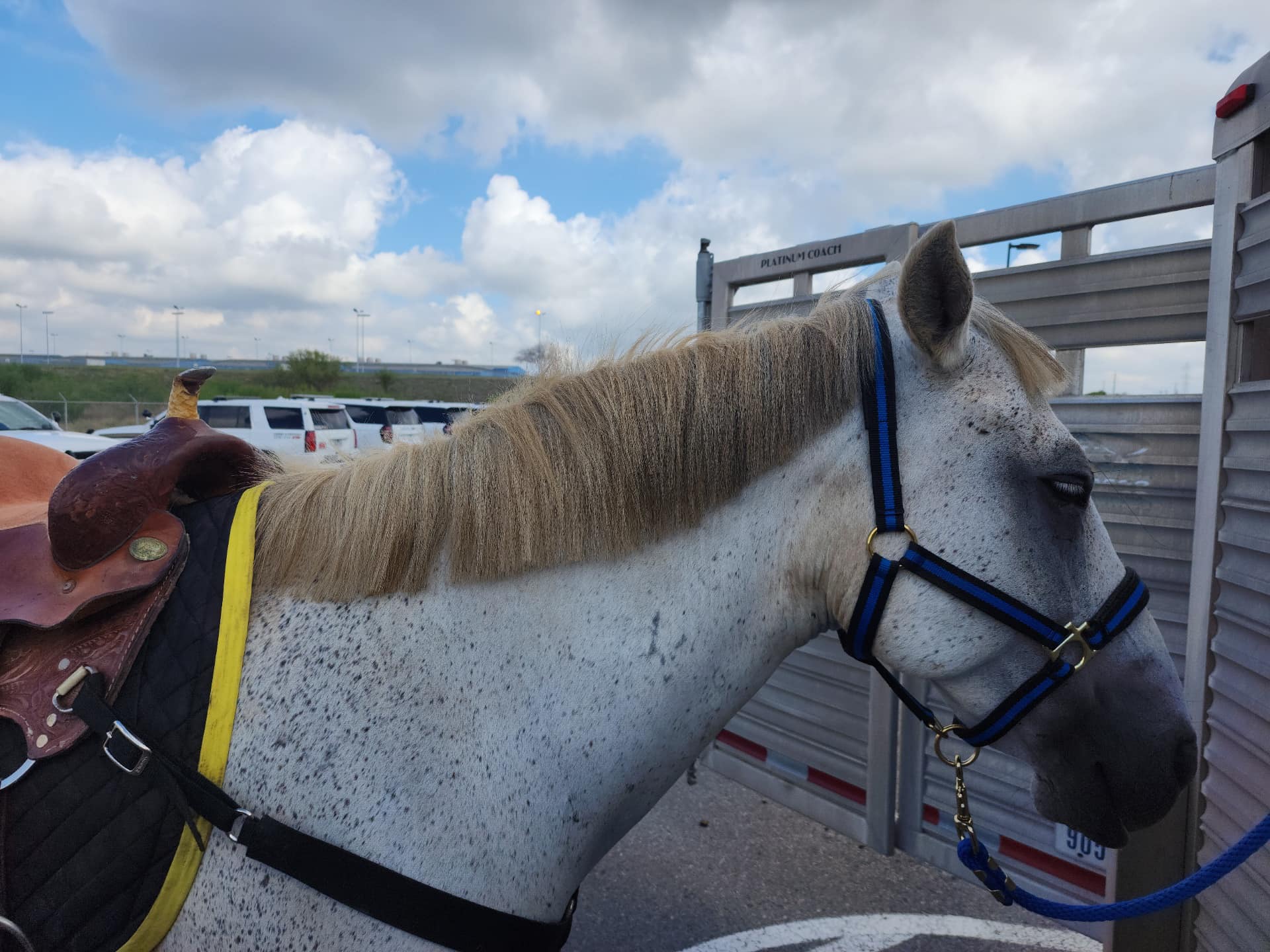 Love it, hate it, or make memes of it, the “Edgar” haircut is a talker in San Antonio. Apparently no one, not even law enforcement horses, are safe from the “cuh” cut which many associate with Marbach Road.

On Thursday, September 15, the Facebook page for the Bexar County Sheriff’s Department paused its usual social media postings of narcotics seizures and arrests for a bit of levity. The star? A horse named Vicente with mane bluntly chopped to a fringe around its face and crest.

“Deputy Ashley Martinez gave her mount, Vicente a haircut today. What would YOU call this hairstyle,” the posts asks.

Even if BCSO didn’t ask, the comments would likely look like how they do now: a rolling thread of “Edgar,” “Marbach mop,” and “cuh mentions.”

“That there is definitely a Marbacher haircut,” one of the top comments, penned by Facebook user Sarah Esparza, says.

Others compared the horse to Lloyd, the character with bowl cut hair played by Jim Carrey in the 1994 classic Dumb and Dumber.

While the haircut has become a sort of low-hanging fruit joke in San Antonio, the style might be inspired by Indigenous culture. In December 2021, MySA dug into the roots of the cut. Before places like Culebra or Ingram Park Mall could claim the look, the men of the Jumano tribe were wearing their hair like the “Edgar.” The tribe was dominant in Texas, New Mexico, and Mexico between 1500 and 1700, MySA found.

The more you know.