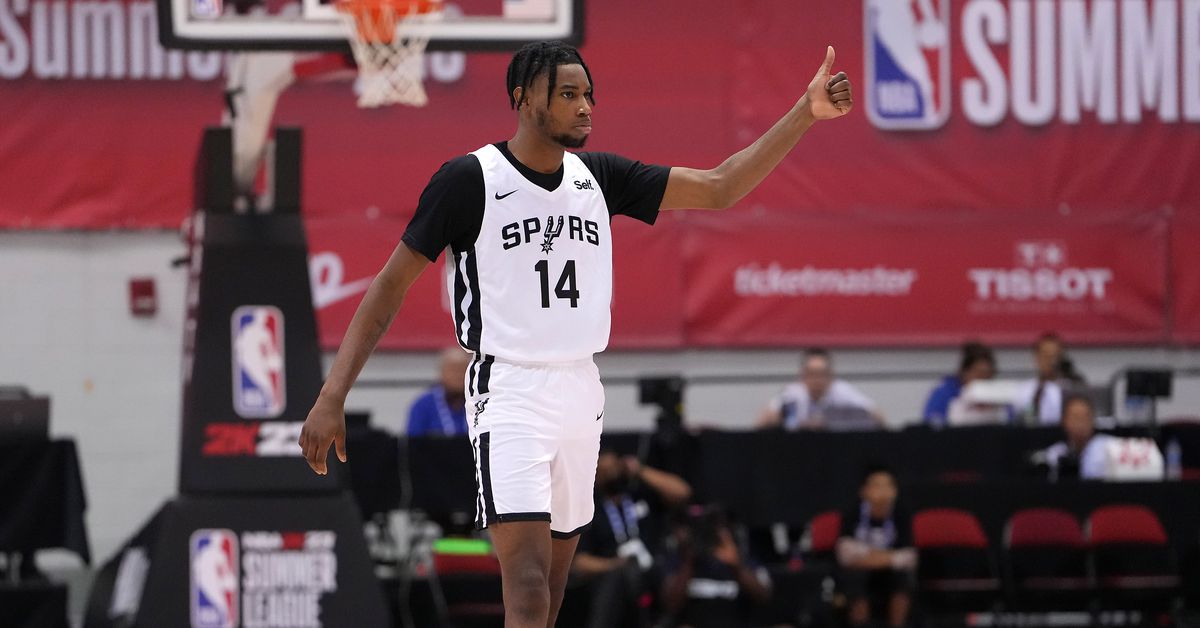 Blake Wesley, the 25th pick on this summer’s NBA Draft, made people aware of his presence during the Las Vegas Summer League with 17 points and 4 assists.

In his interview he referred to the last month of his life as “a blessing…we are enjoying the process right now…getting ready for the season, going to be a good season.”

From the interview, you can hear that “over himself” quality to which Spurs fans have become accustomed. Sure, most players have a good attitude and show gratitude for their place in life, but in the case of Wesley, his sincerity is clear as a young man in a bright, new spotlight.

Wesley speaks highly of his former coaches, praises the experiences that got him to his current place as an NBA rookie.

When he was asked about being a “one-and-done” player, Wesley stated: “I was not thinking about one and done. Me and my dad talked about two years…after the Kentucky game…Illinois, all the top teams, I rose up from there…my confidence got better.”

After speaking about having a chip on his shoulder, Rome called him out saying “where does the chip come from…you’re used to being the man…the guy…I’m curious about the chip, what kind of fuel are you running on?”

Wesley, as is probable with all star players, is that he wanted to go earlier in the draft. But his fuel is proving himself with the NBA and with the Spurs.

You can hear the full interview:

Welcome to the Thread. Join in the conversation, start your own discussion, and share your thoughts. This is the Spurs community, your Spurs community. Thanks for being here.

Our community guidelines apply which should remind everyone to be cool, avoid personal attacks, not to troll and to watch the language.