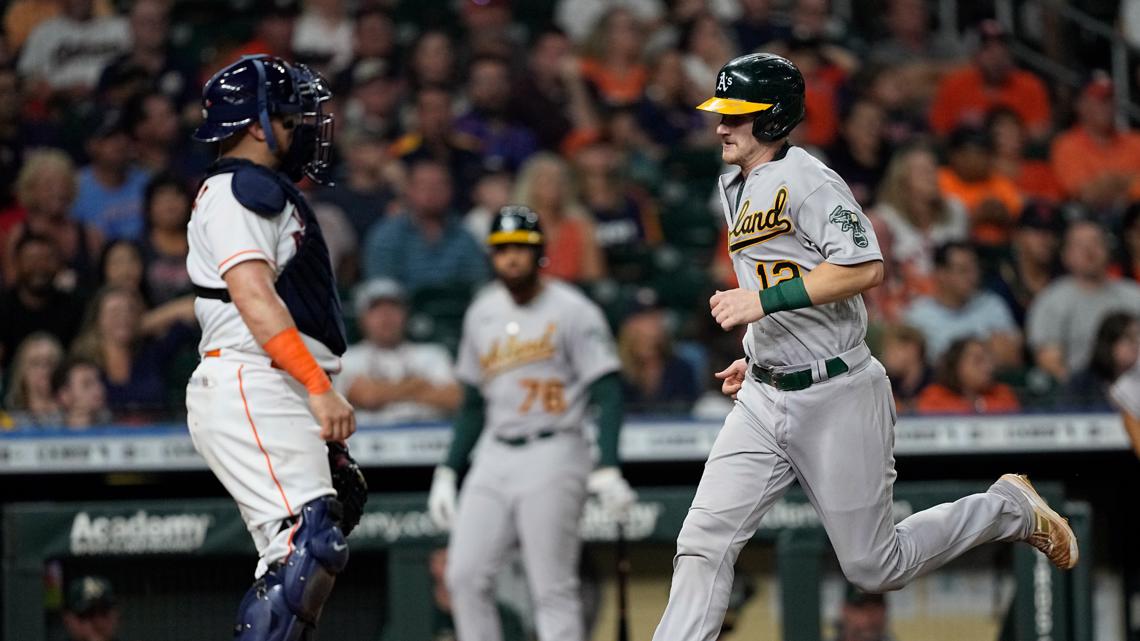 Tony Kemp had three hits and scored three runs as Oakland won for the fourth time in 15 games this month, and snapped Houston’s six-game winning streak a day after the Astros clinched a postseason berth.

Brown crushed an 80mph slider off Astros starter José Urquidy in the fifth inning 432 feet to the right-field upper deck for a three-run homer to give the A’s a 6-4 lead. It was Brown’s 23rd of the season. In his next at-bat, he doubled off Will Smith in the seventh to extend the lead to 7-4.

One day after Yordan Alvarez hit three homers, the Astros hit three in an inning, pouncing on Irvin during a four-run first. Alvarez also homered again, hitting No. 37 off A.J. Puk in the eighth.

Aledmys Díaz started the bottom of the first with a shot to left field. Two batters later, Kyle Tucker and Trey Mancini went back-to-back with homers to right. The Astros batted around in the first inning, spraying six hits and jumping to a 4-1 lead.

Irvin (9-11) settled down after the first inning and ultimately allowing the four runs and seven hits in seven innings. He struck out one and finished with an efficient 73 pitches — 54 for strikes. Domingo Acevedo pitched a scoreless ninth for his second save.

Kemp scored again in the third on a sacrifice fly by Vimael Machín, and Chad Pinder’s solo homer in the fourth cut Houston’s early lead to 4-3. Oakland added another run in the ninth when Machín singled to drive in Kemp.