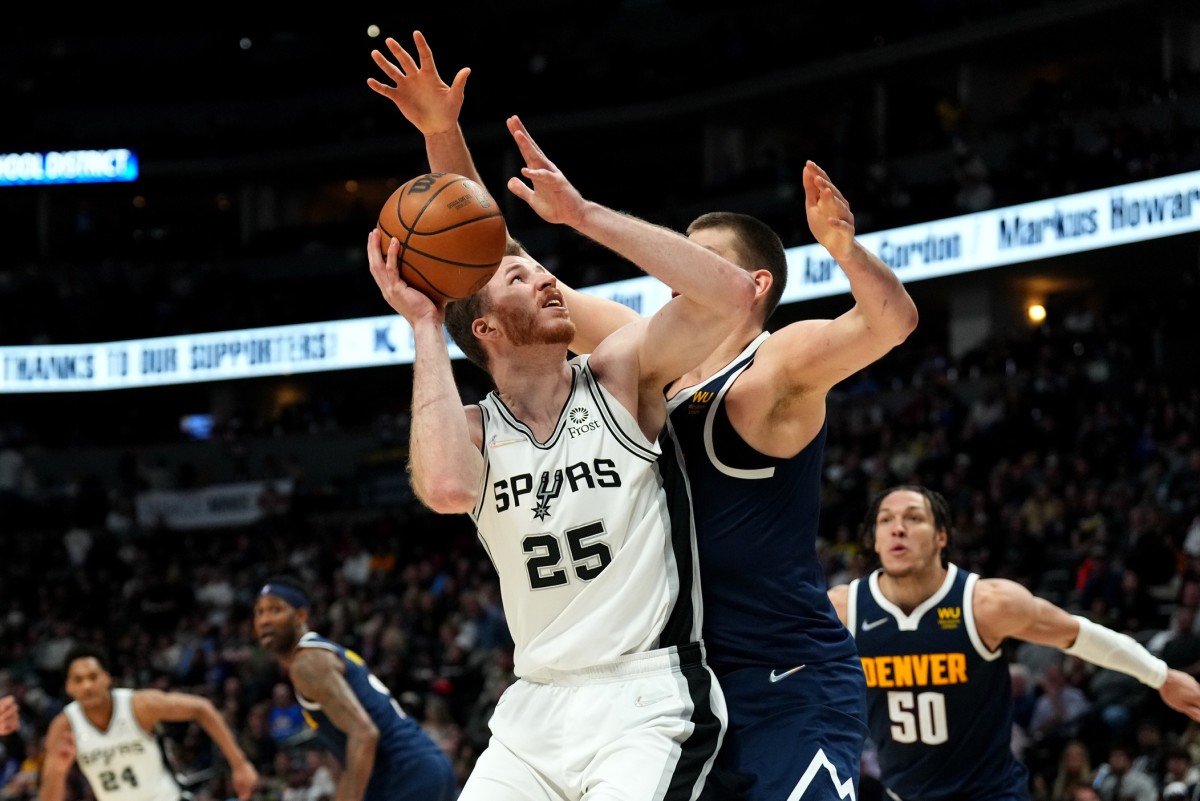 With the San Antonio Spurs being in the early stage of a rebuilding effort, they could look to move some veteran players to add more draft capital. A team tends to begin doing so using expiring contracts, like Jakob Poeltl.

Poeltl, who will be 27 at the start of next season, is coming off a career-year with averages of 13.5 points, 9.3 rebounds, and 2.8 assists. He shot 61.8 percent from the floor and was the anchor of the defense. He’s positioned himself well to earn a lucrative contract next offseason.

The Spurs may not be in a position to sign Poeltl to a new contract given he won’t fit their rebuilding timeline. There is more value in him departing in free agency next offseason than waiting around for a young player to be drafted at his position and being favored.

There will be no shortage of potential landing spots for Poeltl next offseason if he were to reach free agency. Risking losing him for nothing when the objective is to maximize draft positioning anyway doesn’t seem to be the optimal approach. As a result, Poeltl’s name is one to monitor in trade rumors for the foreseeable future.

In a trade speculation piece, NBA Analysis Network put together a hypothetical deal that would send Poeltl to the Milwaukee Bucks. In exchange, the Spurs would receive Grayson Allen and two future first-round pick swaps.

If the Spurs’ goal for the 2022-23 season is to do what it takes to maximize their draft positioning, moving on from Poeltl would be a great option. His overall defensive impact raises the floor for the group in ways that would cause a legitimate decline swapping him out.

The contributions that Brook Lopez has provided the Bucks has been invaluable. He’s a very sound all-around defender and his adaptation as a perimeter shooting threat has brought the best out of Giannis Antetokounmpo as he’s developed.

One thing to consider, Lopez will be 35 next April. He’s coming off a 2021-22 campaign limited to just 13 appearances due to needing to undergo back surgery. Bobby Portis provides a needed boost, but there’s benefit to having another talented center in the mix.

The Bucks signed DeMarcus Cousins midway through last season when Lopez was dealing with his recovery from back surgery. His tenure lasted just 17 games, but again, there is value in not having to wait to bring in free agents midseason when injuries happen.

Milwaukee is in the midst of making the most of Antetokounmpo’s prime and doesn’t have great options to make external roster moves due to limited flexibility. Finding more frontcourt depth to add to their core before Lopez is fazed out makes sense.

There isn’t a lot of assets the Bucks have at their disposal. They can use future draft capital like pick swaps, but aren’t going to be able to afford parting with major assets for complementary talents. With Poeltl being on an expiring deal, it’s even more risk, but it appears to be a worthwhile one to maximize their 2023 title odds.