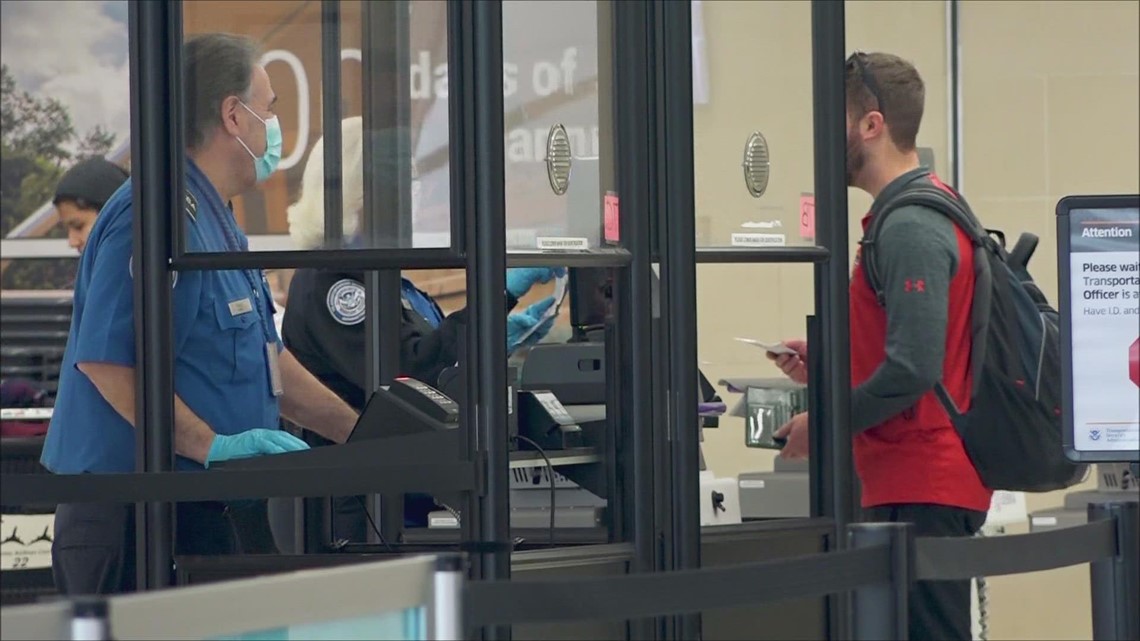 Here are some things to keep in mind while traveling this busy holiday season.

SAN ANTONIO — It’s the busiest travel day of the year and TSA is expecting an increase in travel close to pre-pandemic levels ahead of Thanksgiving.

In fact, the San Antonio International Airport is already busy. The airport is expecting about 17,000 people to pass through Wednesday. 16,000 passengers flew out on Tuesday — and that’s just people leaving the airport.

TSA is expecting to screen about 2.5 million people Wednesday nationwide. According to AAA, 238,0000 thousand of those being screened will be Texans. That’s a six percent increase from last year but still 13 percent less than 2019.

Between 5 a.m. and 10 a.m. is usually the busiest time at the San Antonio Airport because it’s a commuter airport, which just means that people usually have to fly elsewhere for a connecting flight before reaching their destination.

The department of aviation has added more staff to be available going into the holiday period.

TSA also has a few tips to make sure your trip goes as smoothly as possible.

Tom Bartlett, the deputy aviation director with the aviation department at the airport says, “You always know your departure time but they also now show when boarding starts. I would use the boarding . Your boarding time is the mark for whether it’s two hours prior to boarding because you really want to be at the gate when they’re starting to board.”

As for what you can bring on your carry on—if you can spill it, spray it, pour it or pump it, it must be less than 3.4 ounces

One way to think about it is with potatoes. You can bring as many potatoes as you want on your carry on, but as soon as they become mashed potatoes, it’s limited to 3.4 ounces.