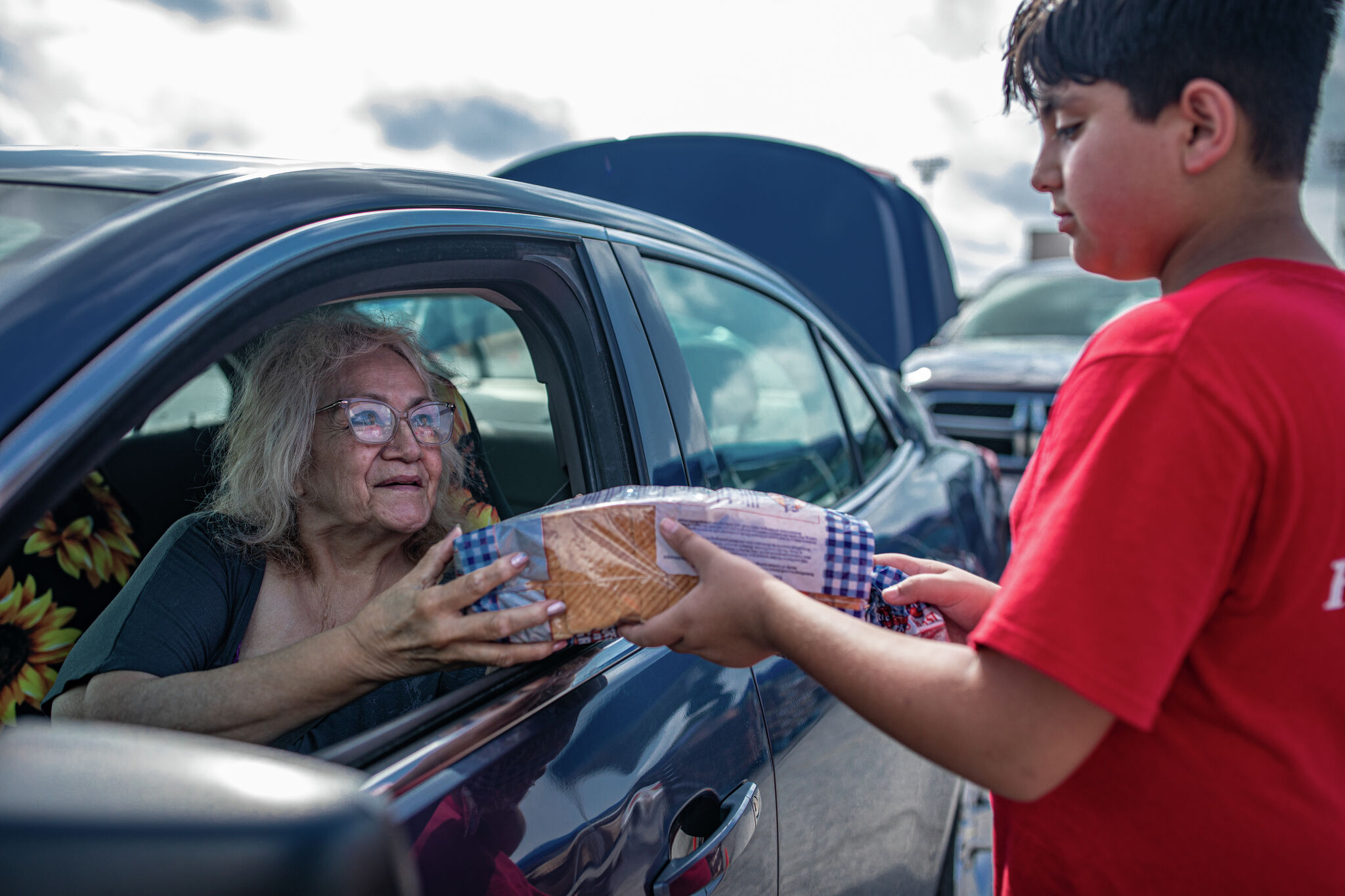 As inflation takes a growing bite out of budgets, Texas food banks along the I-35 corridor are reporting a growing number of people who need help keeping food on the table.

The San Antonio Food Bank has historically served 90,000 people a week, according to SAFB President Eric Cooper. Now it serves some 100,000 per week across Southwest Texas, he said, adding that it was heartbreaking talking to an elderly woman who had to make a trade-off: buy food or medicine.

“There are utility bills during the summer and it’s a record hot summer this year, and inflation is hitting everybody,” said Paul Gaither, director of marketing and communications for the Central Texas Food Bank, which is based in Austin and serves 21 counties. “It’s a perfect bad storm that’s affecting everyone.”

Because of the COVID-19 pandemic and inflation, Central Texas Food Bank is also seeing skyrocketing demand. In its 2021 fiscal year, it provided nearly 53 million meals.

However, it’s not just the quantity of people being served that stands out of late. The types of people seeking assistance are also growing.

“It’s a mix of families and also seniors and people on fixed income, people with disabilities because their income is not increasing while gas prices and food are increasing,” Owens said. “And families of course are struggling to be able to have gas to go to work, take care of kids.”

Although some may feel like they do not qualify for food banks, many food banks are ready to help anyone who needs it. Texas Public Radio recently reported an uptick in employed people seeking assistance due to inflation, as well as due to systemic issues at play.

“Income is increasing to help people support themselves and need the food bank less, but with inflation it’s pulled expenses up well past any gain in income,” Cooper said.

The food banks themselves are also hurting from inflation. Gaither said the CTFB fleet, which distributes food to some 200 network agencies, is seeing that cost on their end as well, not only for food but also for fuel.

Luckily, most partnered agencies donate food or sell it at low cost. Yet food is still unusually costly during these times, such as protein like chicken and hamburger, which Gaither said has doubled in price over the past 12 to 18 months.

Despite these difficult times, the food banks said they have weathered many disasters and are able to handle the demand, but of course always need monetary and item donations and volunteers.

This could be signing up for a time slot to help out at a distribution center or mobile food donation. Food bank webpages often have a dedicated tab or link for interested volunteers to register.

CTFB is needing many hands on deck, from their mobile food pantry to its warehouse and community kitchen. A lot of food banks also have drive-thru lines because of the pandemic.

Want to hangout with friends and do something good? CTFB allows groups to volunteer together at their warehouse.

Owens said HCFB needs more food donations as well, especially since Texas State University students are on summer break, which is a large source of donations.

Monetary donations are particularly useful to food banks. Due to arrangements they have with suppliers, they can often stretch a dollar much further than the average shopper. On the San Antonio Food Bank’s website, it says a dollar donation equals about seven meals.

“We’re always at the ready and deeply committed to the community,” Gaither said. “We’re confident we’ll be able to keep doing that and we’re very thankful for such a giving community that supports us so well.”