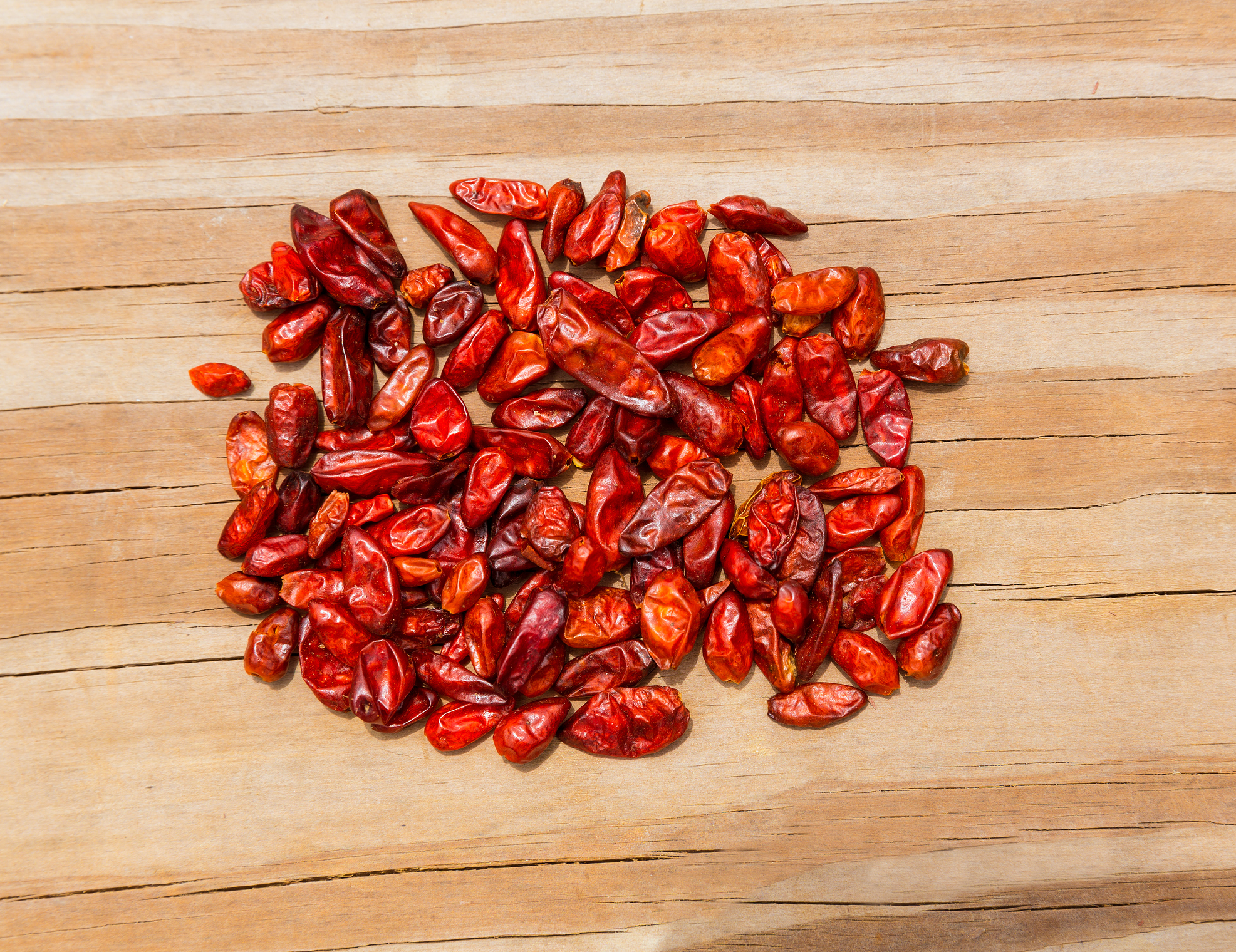 If there was a puro San Antonio bingo card, there would have to be a space for “abuela has a chile pequin plant in her backyard.” Extra bonus points if there’s also a jar somewhere in the house that serves as a convenient stash of the spicy goodness or if your abuela made you gather the peppers to bring in the house.

The chile pequin is one of those things that is a staple in lots of Latino homes, but we don’t really take the time to recognize it, kind of like manguera water. The hot pepper, named for its tiny size, doesn’t get the same praise as homemade tortillas or salsas, though it’s often used in the latter. Still, the chiles are integral to so many San Antonians meals and memories.

“It’s a cool, unique, stand alone South Texas pepper,” says James Vives, a local chile pequin expert and owner of the San Antonio-based Brushfire Farms. “Way more than enough people can appreciate it and relate to it and more importantly can connect a personal story to it.”

From hearing stories about men carrying a tin of the pepper in their shirts to talking with little viejitas in the Rio Grande Valley about the pepper, Vives says he’s able to connect with others over the chile pequin. After one woman told him that she missed having the pepper in her backyard, Vives got her address so he could send her some seeds to plant herself.

“It’s a tough, hot little pepper and I’m fortunate to be able to get enough of it and still grow some of it,” Vives says. “The beauty of the pequin is that you can really do a lot with a little.”

For me, and probably other necio locals, I found out the extent of the small pepper’s intense heat as a kid. Between its bright color and tiny size, I took the chile pequin as a cute accessory to the meals my abuela would make, crushing a few over my food when nobody wasn’t looking. It quickly became clear that the chile pequin is much tougher than it looks. Anyone who has touched their skin or eyes after using a few of these will know exactly how intense the heat the chile pequin packs. To get technical, it’s about eight times as hot as a jalapeño.

Vives knows exactly how much heat comes with the fiery pepper, especially knowing how popular his mother’s pepper jam recipe was with family and friends. With experience growing the pepper at his family’s ranch, Vives says he was inspired to open his small business, the San Antonio-based Brushfire Farms.

“[The jam] was a gift for friends and family friends from the holidays. There were too many asking for it and she waved the white flag and I hung my boots up from the oil field and figured, ‘I’m going to start making chile pequin jam,’” he says of the homemade recipe that has an earthy flavor.

Despite the popularity within his own culinary and social circles, Vives says the chile pequin isn’t used as much as other peppers. Because its growth is mostly limited to South Texas and parts of Mexico, sourcing can be difficult. There’s also the fact that not everyone can handle the fiery flavor.

“It’s definitely a different heat, flavor profile than any pepper I’ve ever had,” he says. “There’s a really smokey undertone to it.”

Despite the tear- and sweat-inducing power of the chile pequin, locals with a high heat tolerance know that the small, but mighty pepper is part of our culture, both as a food and a way of connecting with loved ones in our kitchens and around the dinner table. During my few years of living outside of San Antonio, my abuela sent me a package filled with her homemade tortillas, adding a small container full of chile pequin as a surprise. While I constantly missed tortillas while living in a place where most people didn’t know the difference between a taco and a chalupa, it wasn’t until I saw that container that I realized that I took chile pequin for granted.

Think about it. How much weaker would our food be without the natural heat that these peppers bring? There would be an empty space in our abuelas’ gardens and kitchens without the Mexican delicacy. They may not get the attention they deserve, but there’s no doubt that we’ll appreciate chile pequins when we have them. That’s the thing about chile pequins. If they’re worth being sent across the country, they’re definitely worth loving a bit more.

“It’s just one of those things that’s really, really special and just kind of a stand alone story to South Texas that hopefully people will appreciate for a long, long, long time,” Vives says.