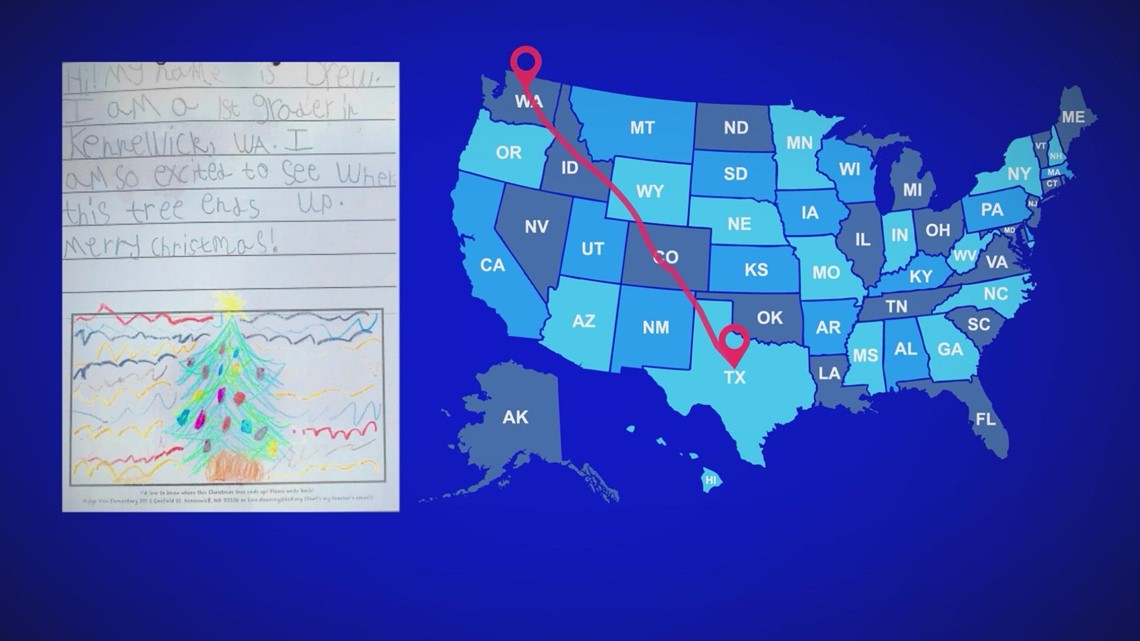 In a recent tree delivery, Optimist Club members discovered an unexpected surprise that touched their hearts.

SAN ANTONIO — Is it too early to decorate for Christmas?

A tree lot in Alamo Heights doesn’t think so.

Hundreds of fresh green firs are ready for tree toppers and ornaments at the corner of Austin Highway and Broadway. However, this shipment of trees arrived with an unexpected surprise.

In Kevin Kiser’s 50 years of working the Christmas tree lot, he’s never seen anything like it before.

“It was a real surprise opening up the truck,” Kiser said.

He’s been visiting the lot since he was young boy. It bring up a lot of happy memories for him.

Now, he runs it each year as a member with the Alamo Heights Optimist Club. The organization is dedicated to bringing out the best in kids and raising money for children’s charities.

The Optimist Club hosts events throughout the year but the Christmas tree lot is a highlight for Kiser. It’s a hundred percent charity lot.

The feeling is mutual for Optimist Club members Shane Murnin and Brian Lalley, who also run the lot with Kiser.

“I’ve been coming down for 15 years. Now my wife and I have a 19-month-old and we can carry on that tradition,” said Lalley.

Now the trio has something else to smile about. In a recent tree delivery, letters were tied to the trees. They were all handwritten by first graders in Kennewick, Washington, over 2,000 miles away.

The letter included each child’s name, and a note that said, ‘I’m excited to see where this tree ends up. Merry Christmas!’.

On the other side of the letter, the students requested a note in return to reveal where the Christmas tree landed. Murnin, who is also an elementary school teacher, is proud to say each student will get a letter back.

He plans to write some himself, assign others to customers and his own students in his homeroom.

“It should be really rewarding for [these Washington students] to get them back,” Murnin said.

The Optimist Christmas Tree Lot is closed Thanksgiving. It will reopen on Black Friday at 9 a.m.

A special event ‘Fun on the Christmas Tree Lot’ will be hosted on Saturday from 5 to 8 p.m. There will be live music, food and drinks.

All proceeds go to children’s charities in Alamo Heights and surrounding communities.

The lot is located on the corner of Austin Highway and Broadway in Alamo Heights.