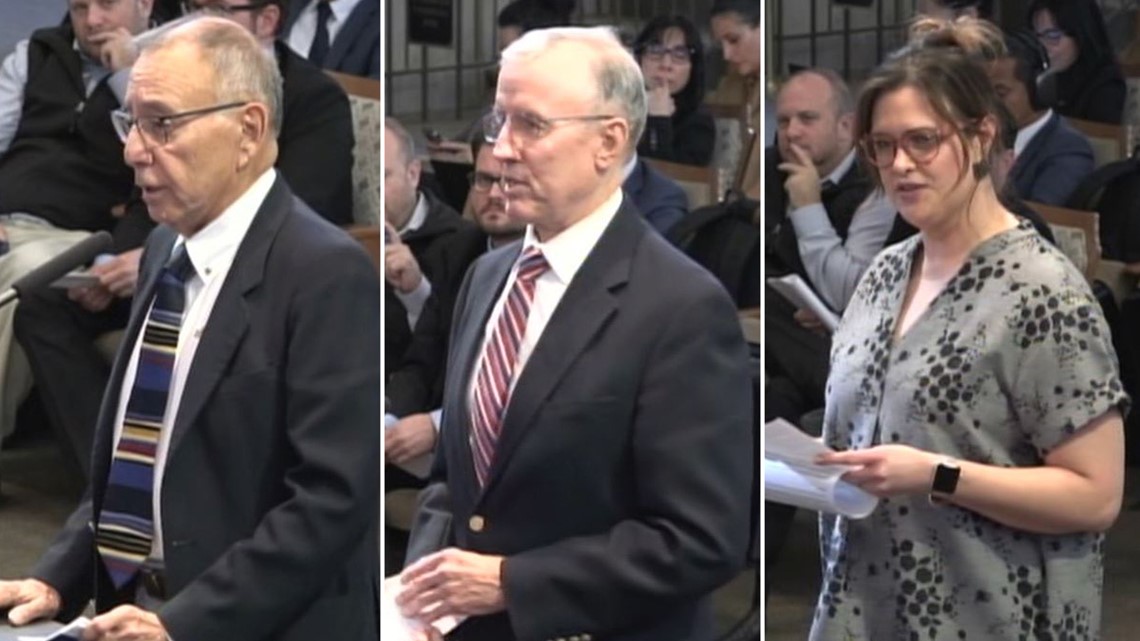 San Antonio leaders chose the finalists from a pool of 18 candidates vying to serve while Councilman Clayton Perry goes on sabbatical following a hit-and-run.

SAN ANTONIO — The San Antonio City Council has chosen its three finalists to temporarily fill Councilman Clayton Perry’s seat in representing the northeast side while the council member remains on leave after a hit-and-run incident for which he’s facing charges.

Among those finalists, narrowed down from a pool of 18 candidates, is a former representative for District 10—Michael Gallagher, who served from 2014 to 2017. The other two are Pauline Rubio and Jose Garcia.

Each candidates spoke briefly to City Council at Wednesday afternoon’s public session to state their case, before the body went into executive session to discuss the applicants.

Gallagher acknowledged the circumstances of the meeting, calling it “a sad moment” and sending well wishes to Perry. He went on to say he would prioritize continuity if selected, and touted his experience as a previous member of council.

“One thing I think is really important is to make sure council continues to run a smooth operation. I promise if you appoint me, I will do everything in my power to make sure that that happens,” Gallagher said.

“I do not intend to change anything. I’m doing this as my serving you and the mayor and my great city,” he said.

Rubio, who says she has lived in San Antonio’s District 10 her entire life, shared her experience working with council members previously, as well as her brief stint working as a congressional assistant.

“This is a unique opportunity for this City Council to connect the district with the benefit of leadership from a person who identities with other demographics than the one usually held in this office,” Rubio said, adding she wants to be able to provide the next permanent council member with objectives to build off of.

City Council will publicly interview the three finalists Thursday morning, with a council member expected to be sworn in by Dec. 12 or sooner, depending on how much support they receive from the body.

Among those who didn’t make the cut were a pair of candidates, Ezra Johnson and Elise Kibler, who unsuccessfully ran against Perry in previous election cycles.

The others who had applied for the seat were:

Perry remains on unpaid leave after being involved in a hit and run crash. City Council gave Perry a vote of no-confidence and allowed him to take a sabbatical after he publicly apologized for his involvement in the crash.

Perry is charged with failing to stop and give information. SAPD has also previously said Perry could additionally be charged with DWI.