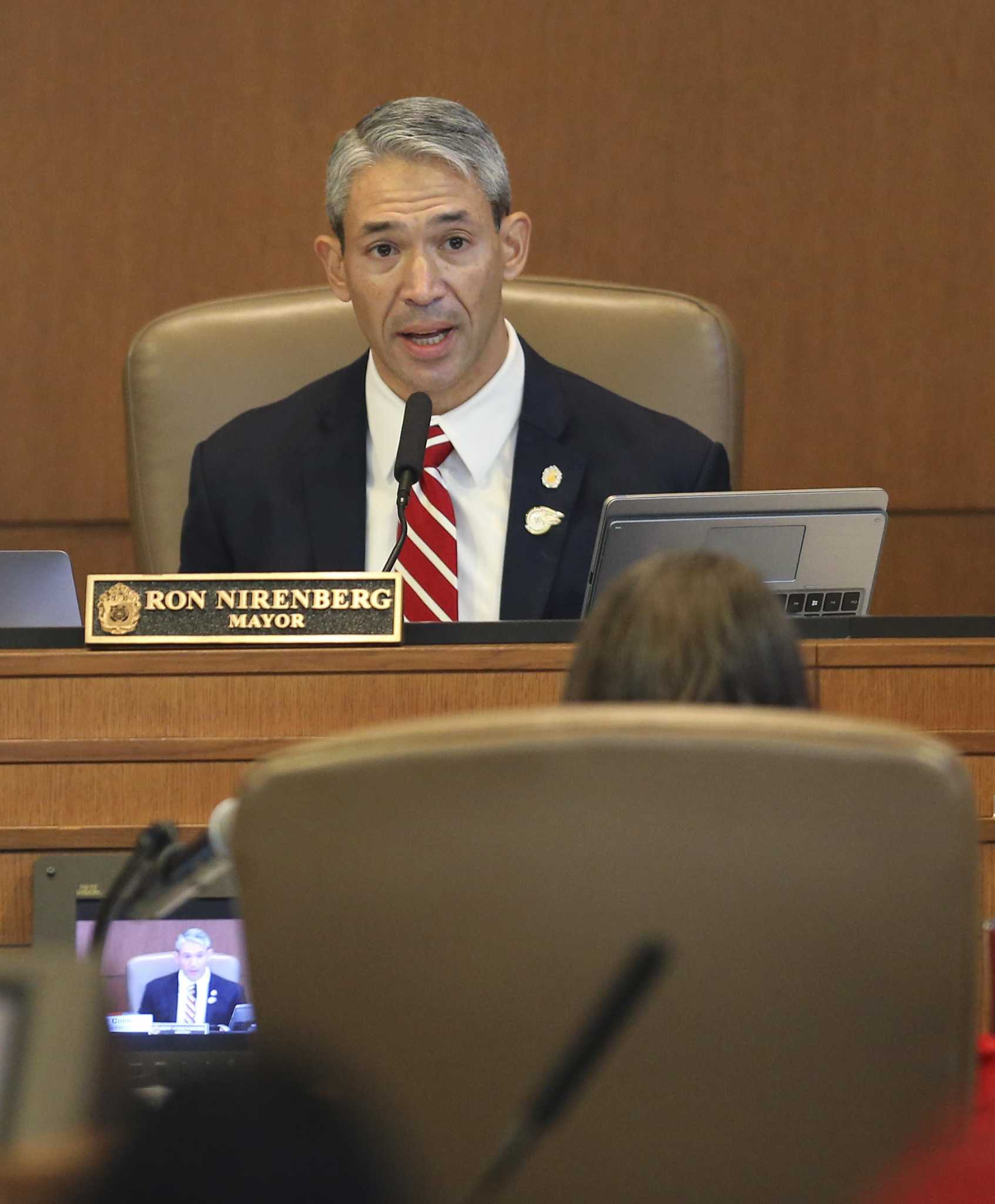 SAN ANTONIO — A day after Mayor Ron Nirenberg said a $75 million city budget surplus from collections of this summer’s record-high utility bills must be given back to CPS Energy customers, City Council members remained sharply divided on the issue.

In a City Hall budget work session Tuesday, members again failed to reach consensus ahead of a final vote looming Thursday on the city’s annual budget. Five members, including Nirenberg, expressed support for the rebate, but six said they were opposed and want more time to study other potential uses of the funds.

The surplus became a hot issue around City Hall a month ago, when City Manager Erik Walsh proposed doling out $50 million of the excess cash to the city-owned utility’s customers in the form of a bill credit worth about $30. His proposal would spend the rest of the excess funds on other projects.

On ExpressNews.com: Nirenberg sticks to his guns on CPS rebate: Give the surplus back ‘to those who need it the most’

The size of the rebate would be based on how much electricity a customer consumed in July, when the average San Antonio household was charged a record $254 for electric and gas service — $76 more than a year ago.

“The rebate is going to be bigger for someone who lives in a big home who kept it really chilly versus the rebate that someone who lives in a modest home who didn’t crank up the AC, because they don’t have one or maybe they won’t be able to afford it” would receive, said Sandoval, the lone council member whose position on the rebate remained unclear Tuesday. “To me, they seem more needy of the two households but will be getting a lesser rebate.”

In a meeting a day earlier with the San Antonio Express-News Editorial Board, Nirenberg was adamant that CPS customers should get relief from bills that have been driven up this summer by record heat and the high price of fuel for CPS generating plants.

“People have been feeling pain as a result of high energy costs,” he said. “$31 or $29 may not be a lot for many families. But for the most vulnerable families, it might be.”

Council members for weeks have been kicking around such arguments and looking for alternatives to a rebate. District 1 Councilman Mario Bravo has led the way, arguing that the city should spend the money to weatherize low-income customers’ homes, plant trees and establish cooling or heating centers with backup power for weather emergencies. He’s argued that spending the money in those ways would have a greater effect on customers’ bills over time than a rebate.

Monday, Nirenberg threw cold water on Bravo’s proposal. Setting aside more money for planting trees or adding insulation or energy efficient windows to a home doesn’t help if there aren’t enough contractors in the area to perform the work, he said. And that’s the situation the city’s in now.

“How much raw investment can you put through a capital investment pipeline until you’re not getting more out on the other end?” he said. “We have $5 million that’s been sitting in the tree mitigation fund. It’s not for lack of wanting more canopy, it’s the ability to get that money out the door and actually working.”

Council members have also rejected the idea of providing rebates worth $94,000 to CPS’ 40 largest commercial and industrial customers. The rebate would go to more than 900,000 CPS customers, but those 40 businesses would collect 9 percent of the total money rebated under the city’s plan.

“This doesn’t feel like what we as a city put forward in terms of inclusion and helping those that are the most vulnerable,” District 3 Councilmember Phyllis Viagran said. “As well-intentioned as we want to be, it’s getting more difficult to understand where these dollars are going.”

On ExpressNews.com: CPS Energy bills jump 43% in July to a record $254, but unpaid bills creating headaches for utility

As the debate has been raging, 190,000 CPS customers are at least 30 days past-due on their bills and collectively owe the utility about $175 million. The city is trying to direct some of the windfall to help those ratepayers.

City staffers said Tuesday that the latest proposal would spend $42.5 million on customer rebates and that the remaining $7.5 million would go into CPS’ Residential Energy Assistance Partnership fund to help low-income customers pay their utility bills. The city would also provide a credit worth up to $300 for CPS customers who are on the utility’s affordability discount program and are past-due on their bills.

Nirenberg and city officials late last month sought to get council members on board with the rebate by adding an option that would let customers who don’t need or want the bill credit to choose not to receive it. Instead, the credit would go to the REAP fund.

In an effort to find middle ground, Nirenberg has also thrown his support behind Sandoval’s proposal to carve out a $10 million chunk of the money the city would usually collect from CPS and direct it each year toward weatherization initiatives.

On ExpressNews.com: CPS Energy makes official its hiring of Rudy Garza as president and CEO. He’ll be paid $655,000

Still, Viagran and others on the council say residents want to see the $50 million surplus spent on bigger projects that lower energy bills over time, rather than a one-time rebate. She lamented that $16 million of the $42.5 million in customer rebates would go to businesses.

“My residents would like that $32, but I think when they find out … where the rebates are given, they’re not going to be pleased with me,” Viagran said. “They would rather see (the money) with Animal Care Service, weatherization programs, more senior programming.”

Sandoval’s position remained unclear. She called for more time to study the issue.