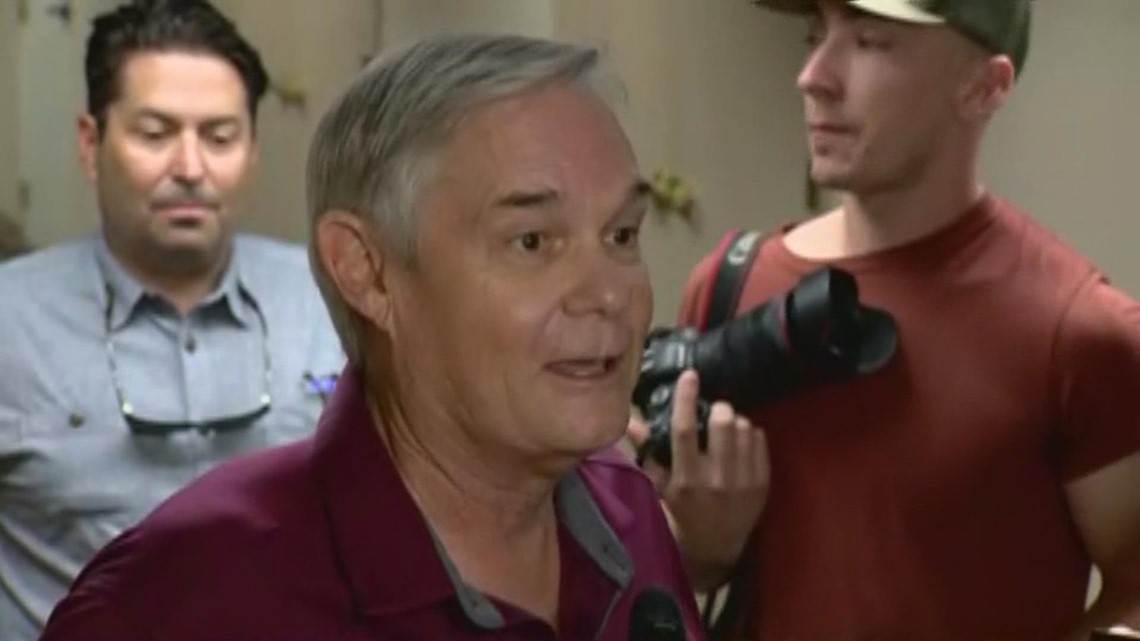 This comes after Perry turned himself in on charges related to the Sunday accident at 4 p.m. Thursday, just a few hours after a warrant was issued.

The agenda says the meeting will be livestreamed. It says they will be “issuing a vote of no confidence, calling for City Councilmember Clayton Perry to resign; and accepting his resignation and authorizing actions necessary to start the appointment process for an interim council member if he voluntarily resigns.”

In the event Perry does resign, the council would begin the process of appointing an interim District 10 representative.

This comes after the embattled city leader turned himself in on charges related to the Sunday accident at 4 p.m. Thursday, just a few hours after a warrant was issued. Within 45 minutes, he had posted bond, which was set at $2,000. Perry has been charged with failure to stop and give information, as well as a more severe charge of driving while intoxicated.

A police report says the driver of a Jeep turned too wide on Sunday, going into oncoming traffic lanes. A vehicle that was waiting at the red light was hit, “causing major damage,” the report stated.

It all unfolded about a half-mile from Perry’s house.

When asked if he was drinking on the night of the accident, Perry: “I’m gonna let the process determine that.” Later, when a reporter asked if he “had a drinking problem,” the council member said, “I don’t think so, but that’s something I’m going to be re-evaluating in my entire life.”

Perry said Thursday he is not planning to resign.