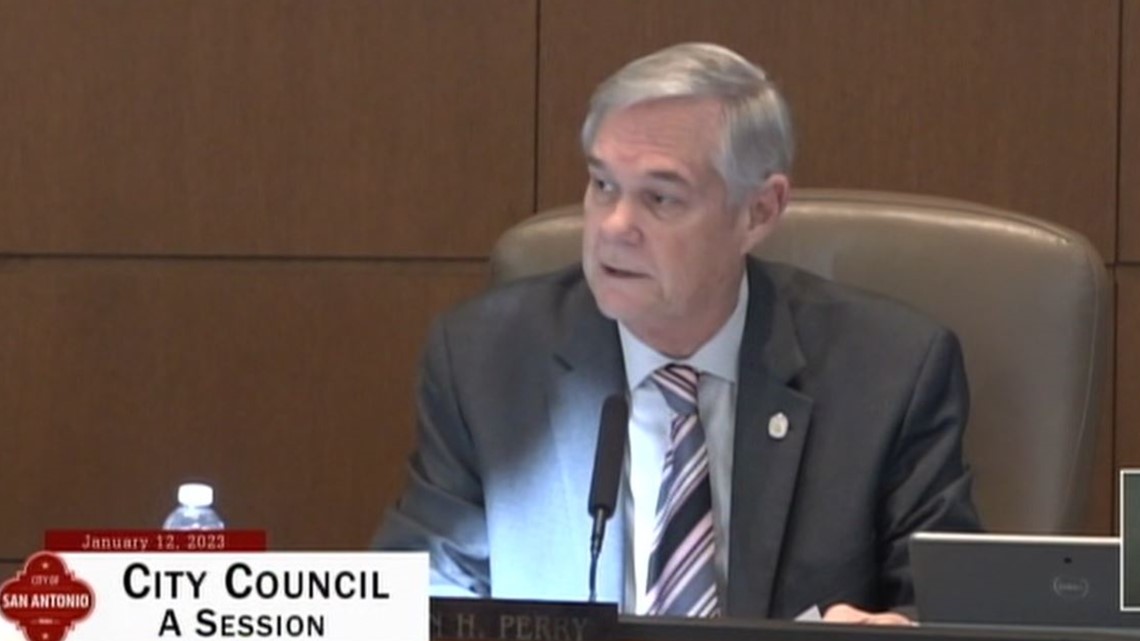 The District 10 representative’s current term is up this summer. He hasn’t said if he plans to seek re-election.

SAN ANTONIO — Nearly two weeks removed from returning to his City Council seat after a short leave, District 10 representative Clayton Perry made a brief court appearance Tuesday morning over Zoom after being charged with DWI and failure to stop in connection with a November hit-and-run that has cast a shadow over the remaining months of his current term.

Surveillance footage reportedly shows Perry drinking 14 alcoholic beverages within a four-hour period at the north-side bar Evil Olive on the evening of Nov. 6. Police say he veered into oncoming traffic after taking a turn too wide while driving home later that night, causing Perry to hit a vehicle stopped a red light before continuing to drive.

No series injuries were reported in that crash, though a police report states the other car suffered “major damage.” Perry was later issued a vote of no confidence by his council colleagues before going on leave in mid-November. He said at the time that he was not planning to resign his seat on the council.

Tuesday’s virtual pretrial appearance wrapped up in less than a half-hour, and culminated in a delaying of the proceedings until March 8. In a statement to KENS 5, Perry’s attorney David Christian suggested a development in the case could arrive sooner.

“We had an opportunity to confer this morning… me and the prosecutor,” Christian said. “We are still conferring on it, and trying to come up with some resolution.”

This morning: City Councilman Clayton Perry is appearing virtually for a pre-trial conference related to his charges of DWI and failing to stop and give information from a November hit and run. Perry suddenly returned from his leave of absence 12 days ago. @KENS5 pic.twitter.com/ovWqIpfJqt

Very quick proceeding. Perry’s attorney David Christian conferred with the prosecutor and they reset the hearing date to March 8.

If convicted for his DWI charge, Perry could be jailed for up to 180 days and lose his driver’s license for a year. His City Council term ends in June; he hasn’t indicated whether or not he plans to seek re-election.

Officials with the Texas Alcoholic Beverage Commission, meanwhile, said in early January they were investigating Evil Olive. On Tuesday they told KENS 5 there were no substantial findings to announce as of yet.