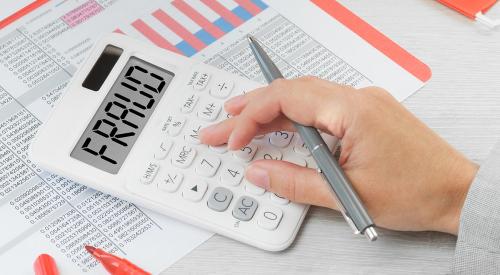 In a recent decision in San Antonio, Texas, a federal jury convicted the owner of a string of construction companies for a massive attempt to defraud the Small Business Administration. This taxpayer-funded initiative offers loans, grants, contracts, and other aid and information to American small businesses. Its efforts are directed toward strengthening the overall economy through a focus on small business initiatives.

This particular Texas fraud attempt targeted the Service-Disabled Veteran-Owned Small Business initiative, an area of Small Business Administration funding. Construction owner Michael Angelo Padron, along with co-conspirators Michael Wibracht and Ruben Villarreal, attempted to divert millions away from funds earmarked for business owners who were wounded in the line of duty. This kind of fraud is particularly egregious and shows a contempt for those who have given immense sacrifices to protect this country.

Michael Angelo Padron and his business partner, Michael Wibracht, were found guilty of conspiring to install Ruben Villarreal, a genuine service-disabled veteran, as the owner in appearance only of a construction company. In actuality, the company was owned and controlled by Padron and Wibracht’s larger construction conglomerate. According to documents, Padron and Wibracht exercised financial control over Villarreal’s operations, which disqualified them from receiving Small Business Administration funding as a Service-Disabled Veteran-Owned Small Business (SDVOSB).

Undeterred by their ineligibility, Padron and Wibracht perpetrated the scheme to claim multi-million dollar government contracts through their shell company. These projects and the associated funds were then siphoned into their larger, non-qualifying construction companies.

Because of the nature of the case, multiple government divisions were involved in bringing Padron’s scheme to justice. “Yesterday’s verdict is a victory for the rule of law,” said Assistant Attorney General Jonathan Kanter of the Justice Department’s Antitrust Division. “The Antitrust Division and its Procurement Collusion Strike Force welcome this decisive outcome, which protects service-disabled veterans from cheaters and schemers.” Speaking on the specific attempt to target funds earmarked for businesses owned and operated by service-disabled veterans, Special Agent in Charge Jeffrey Breen of the Department of Veterans Affairs Office of Inspector General’s (VA-OIG) South Central Field Office added, “Fraudulently obtaining multimillion-dollar government contracts from a program designed to benefit service-disabled veterans is reprehensible. Yesterday’s guilty verdict sends a clear message that the VA-OIG will work diligently to hold those who would do so accountable.”

A federal district court judge will determine any sentencing in the case, but Padron may be found eligible to serve up to five years in prison and ordered to pay a $250,000 fine. He was also found guilty of six counts of wire fraud, the verdict for which can carry a maximum penalty of 20 years in prison as well as a $250,000 fine per wire fraud count, according to current sentencing guidelines.

New Efforts to Crack Down on Recent SBA Fraud: What to Watch For

SBA Administrator Isabella Casillas Guzman recently announced a multi-faceted expansion of her department’s anti-fraud efforts. Due to the passage of hurried COVID-19 relief programs, the SBA has been bombarded by efforts to fraudulently claim funds, grants, and loans via the Economic Injury Disaster Loan Advance, as well as the Paycheck Protection Program. These efforts may have cost the SBA roughly $4.5 billion in improper payments and fraud schemes.

Blowing the Whistle on SBA Fraud

The Texas settlement in the case of Padron, Wibracht, and Villarreal illustrates just one of many reasons to come forward as a whistleblower in cases of fraud and false claims to the government. Many government programs, such as the SBA’s contracting with Service-Disabled Veteran-Owned Small Businesses (SDVOSB), are designed to benefit specific groups. These efforts to support service-disabled veterans are a moral imperative that work hand-in-hand to strengthen the national economy and give back to those who have given their all to serve this country. Attempts to defraud programs such as these are a slap in the face to veterans as well as taxpayers whose hard-earned money goes to support them. Schemes to defraud government funding are selfish attempts by bad actors to line their own pockets at the expense of the public good. Coming forward as a whistleblower can help penalize and remove these corrupt companies and providers from the system. Whistleblowers can help ensure that funds are going to those who are supposed to receive them and where they can do the most good.

Furthermore, becoming a whistleblower in cases of fraud or corruption can also help protect your own interests. In certain areas of reporting on fraud, a whistleblower who comes forward with information that helps the government recoup stolen funds may be eligible to receive a financial reward. Speak to a qualified SBA fraud attorney today to find out if your information can earn you a whistleblower payout, as well as protections against retaliation.