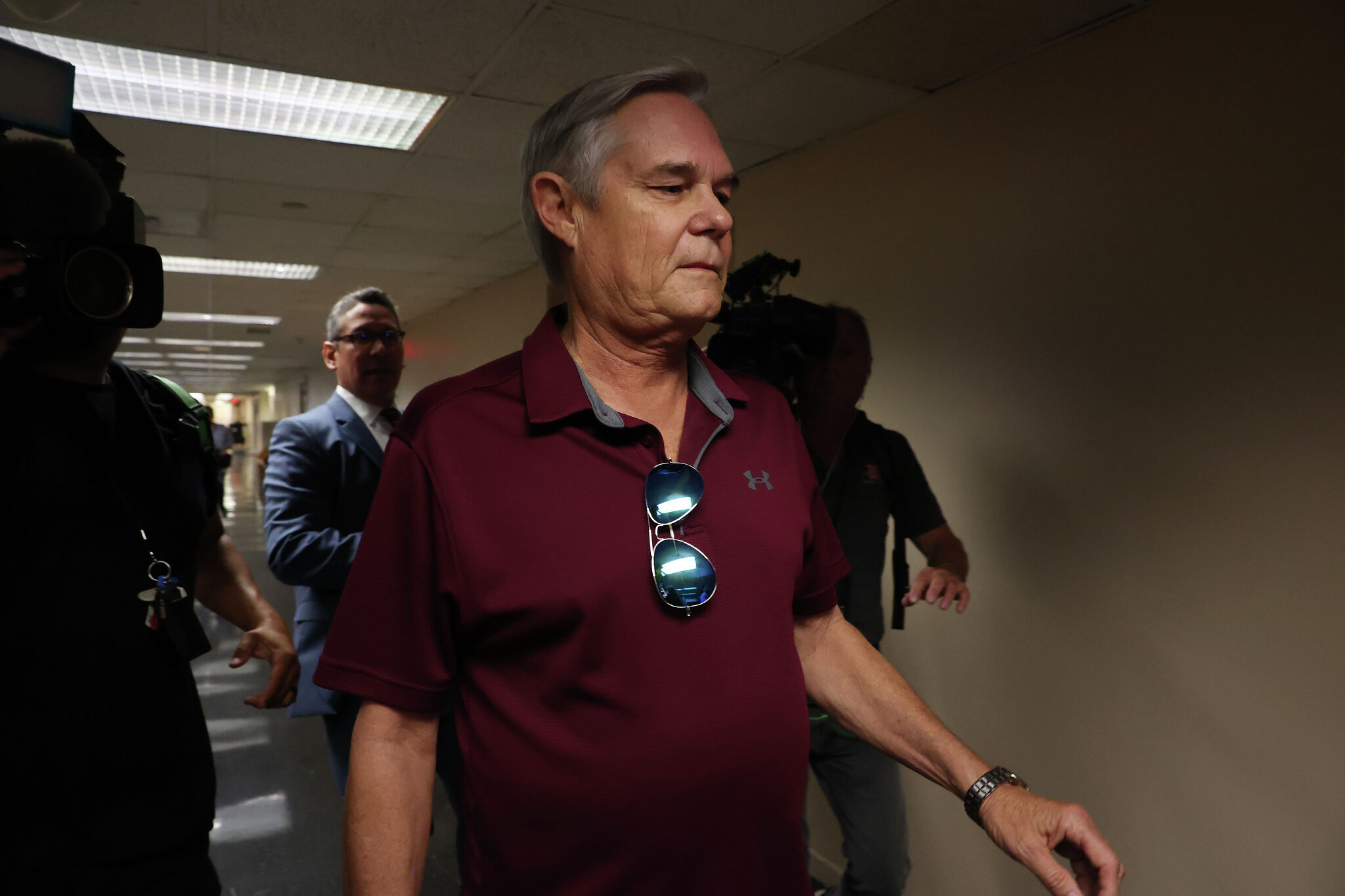 Councilman Clayton Perry turned himself in to San Antonio law enforcement Thursday afternoon after a warrant was issued for his arrest for an alleged hit-and-run car accident the evening of Sunday, November 6. He was charged with “failure to render aid,” a class B misdemeanor.

In a quick press conference with his attorney on Thursday, Perry said he had no plans to resign from City Council.

“After I reevaluate where I am at, what I need to do, where I need to go, a lot of prayer — let the lord help sort that out,” Perry said.

An arrest warrant has been issued for District 10 Councilman Clayton Perry for his involvement in an alleged hit-and-run accident on Sunday, November 6. The arrest warrant was issued for “failure to render aid,” a class B misdemeanor, according to a tweet from Texas Public Radio reporter Paul Flahive.

Perry was found in his backyard on the night of the accident smelling of alcohol, according to an incident report. The accident occurred around 9 p.m. at Jones Maltsberger and Redland Road, not far from Perry’s home. Most of the report was redacted, including Perry’s name, but KSAT cited law enforcement sources confirming Perry was involved in the accident.

Perry released a short statement Wednesday, November 9, confirming that he was in an accident on November 6, but that he hit his head and doesn’t really remember the accident.

“I’m very sorry for the hassle this is causing everyone and I’m fully cooperating with everyone to resolve it properly,” Perry’s statement said.

Mayor Ron Nirenberg called on Perry November 8 to resign if the police report was accurate. Perry was not present at Thrusday’s City Council meeting where Councilman Mario Bravo was censured for a public outburst against a fellow councilmember in September.