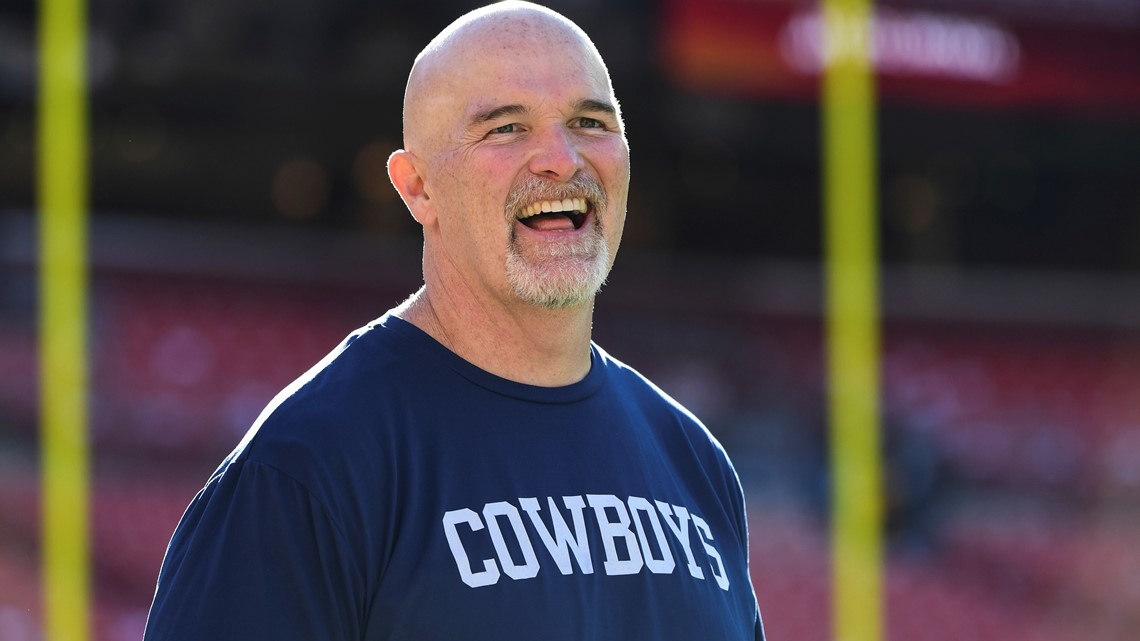 The finalists will be announced in January, and the recipient will be recognized at NFL Honors.

DALLAS — For its 12th straight year, the NFL has announced its list of nominees for the Salute to Service Award, which recognizes NFL players, coaches, staff and alumni with demonstrable commitment to honoring and supporting military and veteran communities.

The Dallas Cowboys’ nominee in 2022 is defensive coordinator Dan Quinn. Quinn was nominated for the Cowboys for by donating his time to causes that aid the military community. According to NFL.com, Quinn’s history of support stems from his personal interactions with those that dedicate their lives to service, from childhood friends to family members to chance encounters with veterans. Quinn founded “Quinn’s Corps” – a program to honor service members – when he was with the Seattle Seahawks and expanded the program to include team United Service Organizations (USO) tours and game visits for Tragedy Assistance Program for Survivors (TAPS) when he joined the Atlanta Falcons.

In his time with the Cowboys, Quinn has been involved with Merging Vets and Players (MVP) and joined the team in hosting workouts and mental health discussions with local veterans that address the challenges that combat veterans and former athletes face in transition.

Quinn also joined General Paul E. Funk II, Commanding General of the U.S. Army Training and Doctrine Command for a Leader Professional Development webinar. He spoke about staying resilient through adversity and developing a unified squad while working with people of different backgrounds and experiences.

This year, fans will be able to vote for their favorite nominee, which will help determine the award’s three finalists. The finalists will be announced in January, and the recipient will be recognized at NFL Honors, a primetime awards special to air nationally in February during the week of Super Bowl LVII.

Here is a look at all the nominees from the 32 NFL teams:

To vote, fans can visit NFL.com/SaluteFanVote from now until November 30. One vote per day, per fan is permitted. The 2021 Salute to Service Award winner was  Denver Broncos tight end Andrew Beck.

USAA will contribute $25,000 in the recipient’s name to official aid societies representing all U.S. military branches, and the NFL will match USAA’s contribution by donating an additional $25,000 to the awardee’s military or veteran charity of choice.