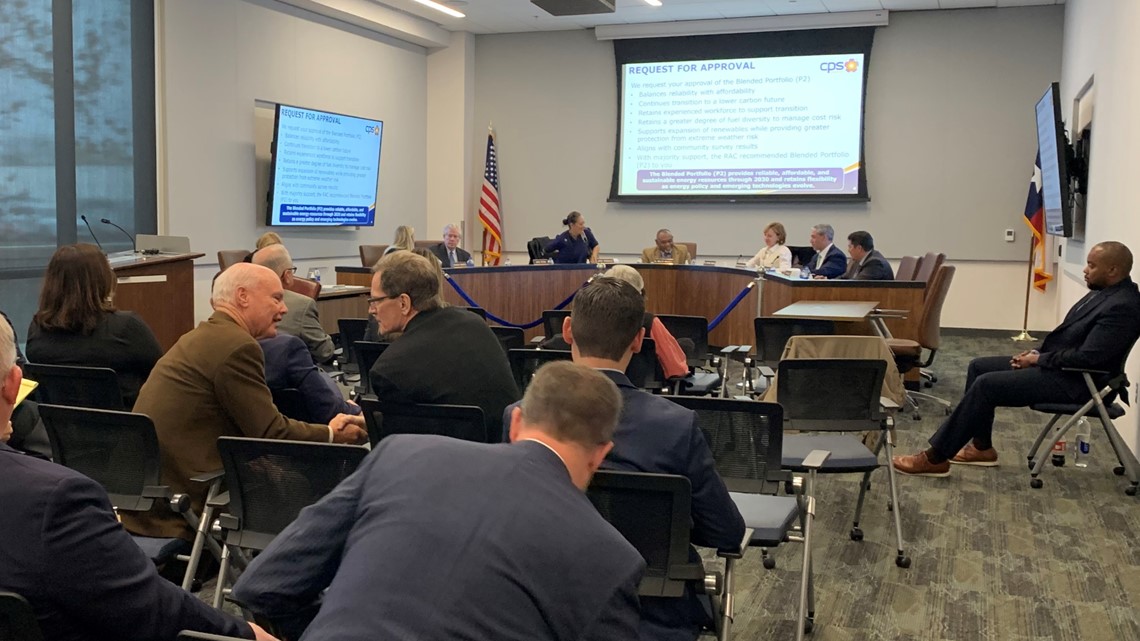 The CPS Energy Board of Trustees voted to implement a new portfolio of power generation which includes natural gas, solar, wind and energy storage.

SAN ANTONIO — CPS Energy’s board approved a plan to phase out coal in the next five years as part of a plan to power San Antonio for the rest of this decade.

The new blend of power sources will include solar, wind and natural gas, but not everyone was on board with the plan.

The CPS Energy Board of Trustees approved this generation plan in a 4-1 vote.

One concern was the potential cost that could be passed onto customers. While the plan does incorporate renewable energy, some don’t think it goes far enough.

To meet its energy goals, CPS Energy wants to implement a new plan.

“San Antonio is phasing out coal in 2028, which is far earlier than initial estimates, decades ahead of what’s originally scheduled,” said Mayor Ron Nirenberg, who was in the majority of board members who supported the plan.

The plan helps the City of San Antonio meet its goals in the Climate Action and Adaptation Plan with a target to become carbon neutral by 2050. However, the plan does not meet the CAAP target in 2040, but the mayor and CPS Energy say they will make use of technologies in the meantime to meet those goals.

One unit of the coal-powered Spruce plant will be shut down in 2028, and its second unit will be converted to run natural gas.

Mayor Nirenberg is not concerned with relying on natural gas, prices of which skyrocketed during the summer.

“I would prefer for us to be less reliant, less exposed to the volatility of the state grid,” Mayor Nirenberg said.

“Spruce is the sixth most polluting plant in the state of Texas, so that’s really good news. But on the flip side, it’s not our favorite thing that they decided to convert over half the plant to fracked gas,” Emma Pabst from the Sierra Club said after the vote. The Spruce plant would run through 2065 under this energy portfolio.

“Even if it’s available by 2065, my guess is it would be an insurance policy,” CPS Energy CEO Rudy Garza says keeping the natural gas option available helps with power reliability, but believes renewable energy sources will help keep the lights on and keep emissions down.

ERCOT still must approve the Spruce plant shutting down. It’s not clear how these changes could impact CPS Energy ratepayers just yet.