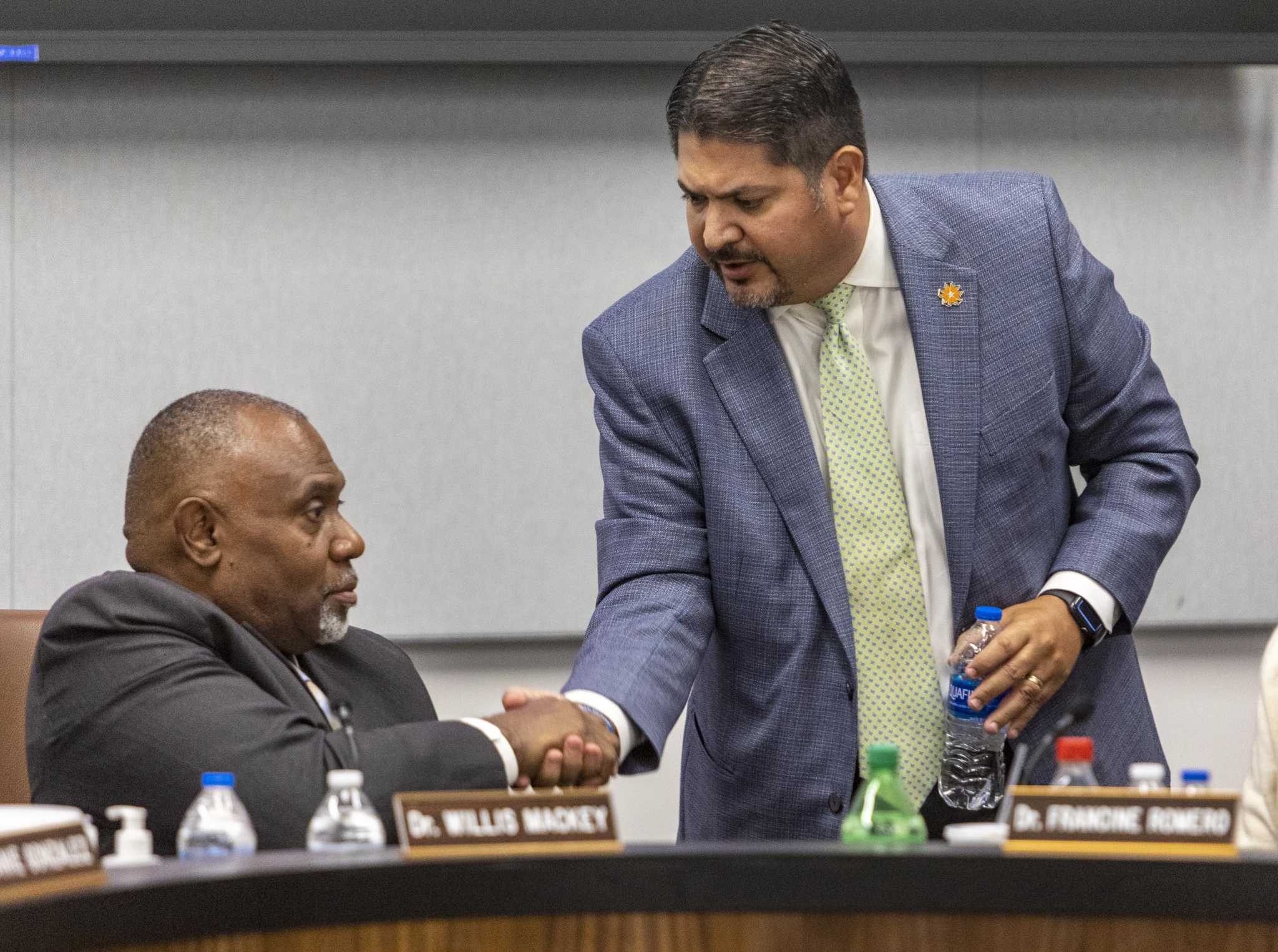 Solar panels will increasingly power homes and businesses in San Antonio after city-owned CPS Energy on Wednesday said it agreed to buy some of the electricity generated by a West Texas solar farm.

CPS agreed to buy 180 megawatts of solar energy from the Tierra Bonita solar farm, which developer OnPeak Power plans to build in Pecos County starting next year. It will be completed likely in 2024, though CPS Energy CEO Rudy Garza said the utility included financial incentives in the deal for early completion.

“This is an extremely critical step as we look ahead to how we’re going to power our greater San Antonio community for the future and prepare to replace aging plants,” Garza said.

On ExpressNews.com: CPS customers will get a rebate on their energy bills after all

CPS is partnering with OnPeak Power and Kenlov Ashtrom Renewable Energy, subsidiaries the the Ashtrom Group, which is a publicly traded Israeli real estate and construction conglomerate.

The utility began soliciting bids from solar developers in early 2020 through its FlexPower Bundle initiative, which is seeking to add 900 megawatts of solar generation, 50 megawatts of battery storage and 500 megawatts of natural gas-fired capacity. In May, CPS agreed to buy electricity from a 300-megawatt solar plant that Consolidated Edison Development is building in Goliad County. It will be completed in 2024 or 2025.

With the deal signed this week, CPS has about 550 megawatts of solar capacity, with plans to add 480 megawatts in the coming years.

The efforts are meant to replace CPS’ aging Braunig and O.W. Sommers gas-fired plants, which were built in the late 1960s and early 1970s. CPS wants to shutter them by 2026. Beyond that, CPS is likely to retire one of its two Spruce coal-fired power plant units before 2028 and convert the second Spruce unit to run on cleaner-burning natural gas.

As part of the shift to cleaner power generation, CPS trustees in May approved $350 million in funding over five years for the utility’s energy efficiency and conservation initiative, which pays to weatherize low-income customers’ homes and provides credits to homeowners who buy efficient appliances.

“We hope next to see the utility move away from coal- and gas-fired power generation, especially by closing the Spruce coal plant,” said Emma Pabst, a campaign representative with the environmental group Sierra Club, which applauded the solar deal. “Building a grid of the future is no easy task, but with solar, wind and battery storage, as well as efforts to reduce demand through energy-efficiency programs and better buildings, we have all of the tools that we need.”

Garza said CPS will likely sign a contract in the coming months to buy solar power from another farm through the FlexPower Bundle initiative. The solar contracts have taken longer to finalize than CPS expected when it began soliciting bids. Shortages of components and volatile energy prices this year have clouded negotiations over pricing with solar developers.

After signing the two solar deals this year to buy a combined 480 megawatts of power, Garza said CPS may try to increase the amount of electricity it ends up buying under those deals.

“Pricing on everything keeps moving around. Generation is more valuable,” Garza said Wednesday. “What I’m trying to do right now is maybe squeeze a little more capacity out of the partners that we’ve already settled on, and then maybe find one additional partner.”

An analysis published last fall by the financial firm Lazard showed energy from solar farms costs about the same as electricity from a modern gas plant.

To get the 500 megawatts of gas-fired electric power, CPS in the next month or so will sign an agreement to buy electricity from a natural gas power plant in Texas for up to 10 years, until zero-carbon generation technologies — such as geothermal or hydrogen storage — are ready to be deployed.

Under the so-called tolling agreement, CPS would provide natural gas to the plant, take back the electricity generated and pay a fee to the plant’s owner. CPS has sought to add gas-fired generation alongside more solar power and battery storage capacity in order to shut down the aging gas plants and maintain reliability of power.

Natural gas has been a major driver of the elevated bills that CPS Energy customers have seen this summer, however. From April through July, the average CPS customer was billed over $765 for electric and gas service, an increase of 36 percent from the same time last year.

“As CPS Energy decides what power sources to build for San Antonio next, we encourage them to stick to clean energy and stay away from gas,” said DeeDee Belmares, a climate justice organizer with the advocacy group Public Citizen. “Gas prices are unstable, and San Antonians are already struggling to pay higher electric bills.”

Garza also said that the recently passed Inflation Reduction Act includes provisions that could make it cheaper for CPS to own its own solar farms, rather than partner with private developers. CPS could eye owning solar projects inside the city, or within a small radius around San Antonio.

“We’re going to determine (whether) we want own some of this stuff?”Garza said. “The team right now is sifting through those provisions.”

Either way, CPS has focused on increasing its reliance on solar power in the past decade to reduce emissions and because solar panels produce the most power when San Antonians need it — when they’re cranking up air conditioning on hot, sunny days.