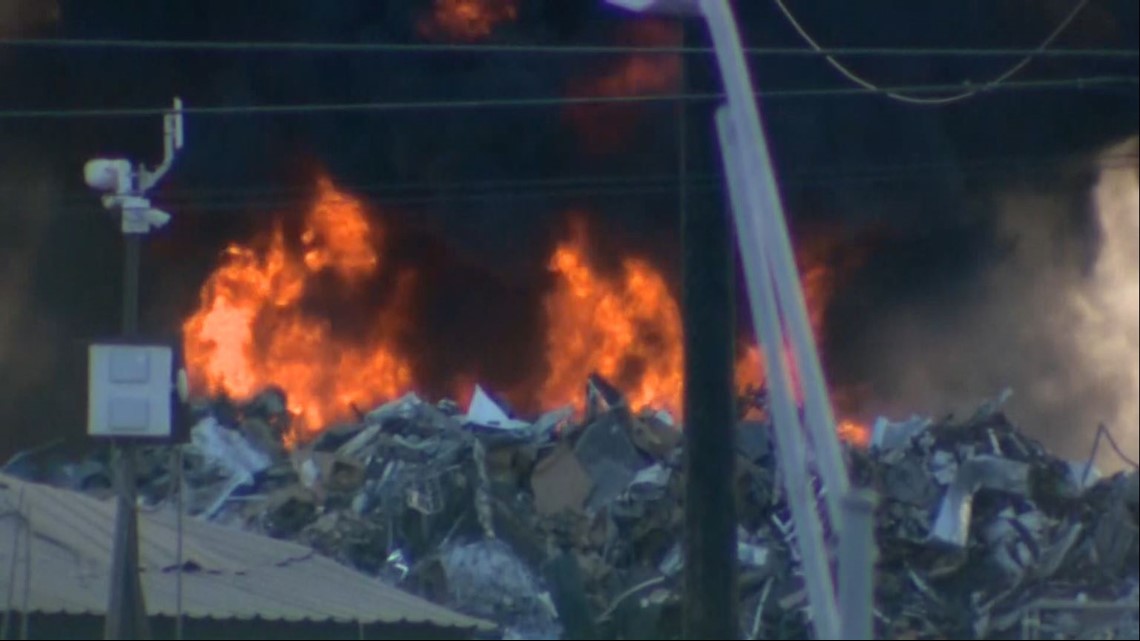 The fire is burning in the 2300 block of Frio City Road, near General Hudnell and Quintana Road.

SAN ANTONIO — Crews were battling a massive fire at a recycle plant on the southwest side Thursday afternoon.

Fire officials say it began as a metal salvage pile fire. The fire is burning in the 2300 block of Frio City Road, near General Hudnell and Quintana Road. Fire officials say the fire started around 1:15 p.m. The address shows the business is Monterrey Iron and Metal.

Traffic and weather cameras from around the city show that flames could be seen for miles from the fire site. No injuries have been reported from the fire.

This is a developing story and further details will be added as they are received. Check back to this article for updates.

See video of the fire below: