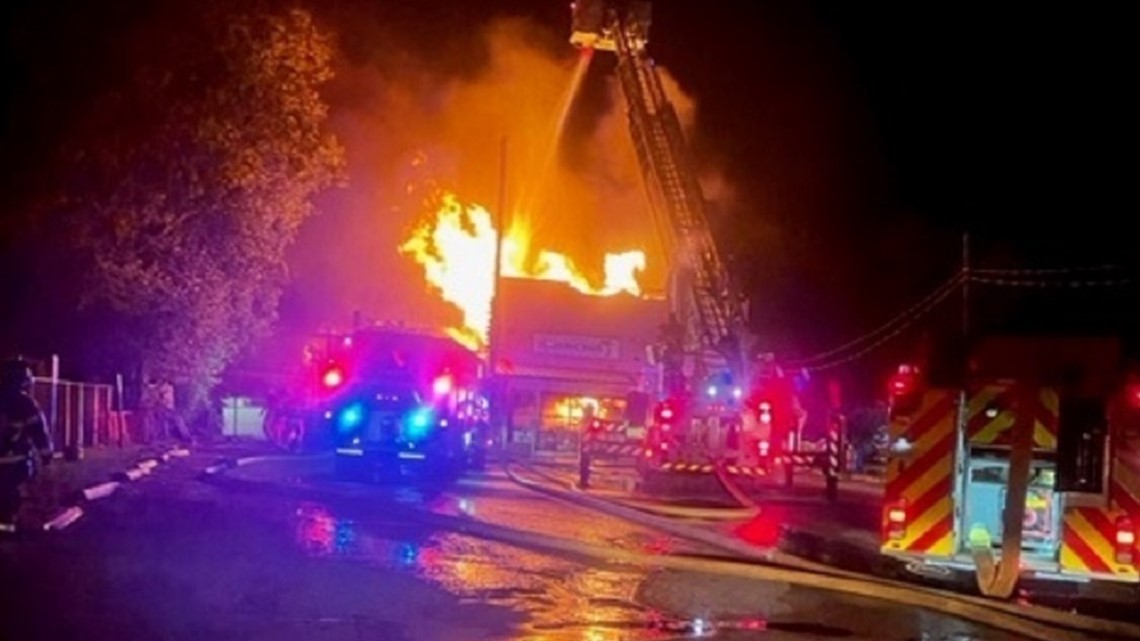 The first started around 11:30 p.m. at Cancun Mexican Restaurant in the 600 block of South Seguin Avenue.

The first started around 11:30 p.m. at Cancun Mexican Restaurant in the 600 block of South Seguin Avenue.

Officials say when crews arrived, the fire was “fully involved” with flames and heavy smoke coming through the roof. It took crews about two hours to get the flames under control. During that time, the roof collapsed into the building and roads around the restaurant had to be closed for firefighters to access additional hydrants.

No injuries of firefighters or civilians were reported. Utilities to the building had to be turned off.

A fire investigator from the New Braunfels Fire Marshal’s Office is looking into the cause of the fire.