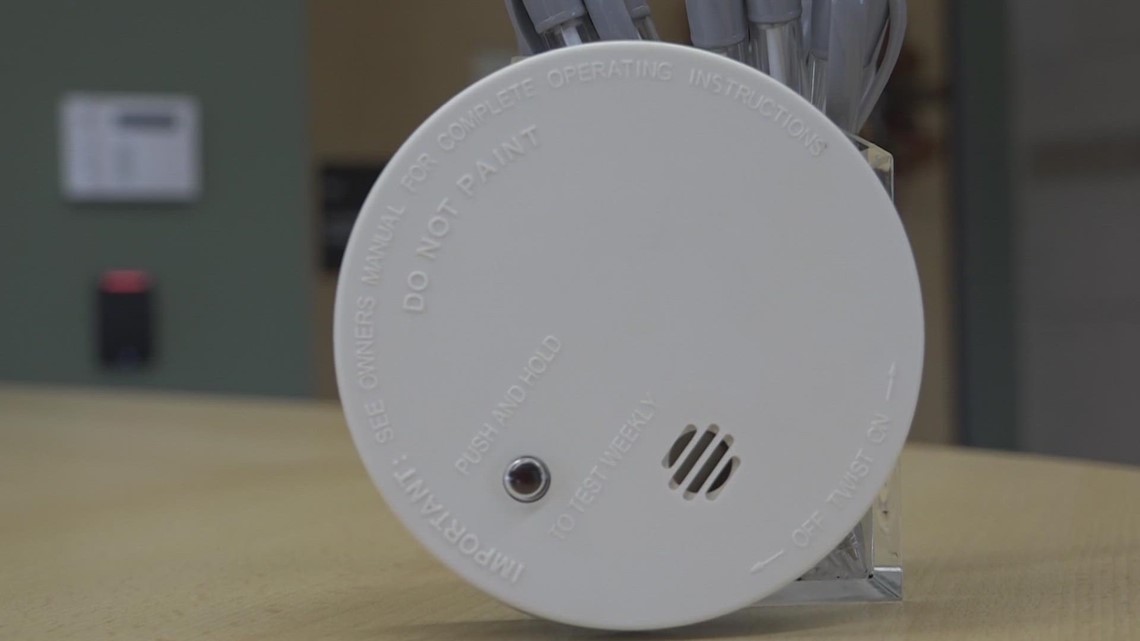 Almost 50,000 fires occur during the winter holidays claiming more than 500 lives across the country, according to the U.S. Fire Administration.

SAN ANTONIO — San Antonio fire fighters have installed free smoke detectors in hundreds of homes in District 3 since June in an effort to ensure senior citizens are prepared for the worst.

“This Saturday, we continue our mission out in the Villa Coronado area. Between entertaining family and friends, cooking and holiday shopping, there’s no shortage of distractions, but with proper preparedness, you can help keep your family and friends safe this holiday season,” said District 3 Councilwoman Phyllis Viagran.

Having a fully functioning smoke alarm in the home reduces the chances of dying in a fire by nearly half, according to the U.S. Fire Administration.

Approximately 47,000 fires happen during the winter holidays, resulting in the deaths of 500 people nationwide.

Chilly temperatures have triggered many San Antonians to crank up the heat and bring out portable electric heaters.

“They are critical life-saving tools,” Ortega said, who has witnessed the grim reality of when such devices are missing.

“Unfortunately as an investigator you get to see the tragic consequences of smoke alarms that have been removed or not equipped in certain houses that don’t have them,” Ortega said.

Ortega urges residents to test their smoke detectors at least once a month. He noted there are two main types of residential-grade smoke detectors that are beneficial to have installed in sleeping areas and hallways.

“An ionization detector lends itself to detecting fires that are in a flaming fire state early whereas a photoelectric detector is a little bit better at detecting smoking or smoldering fires,” Ortega said.

Margaret Rodriguez and Angelita Luna are among the hundreds of residents in District 3 who received new smoke alarms.

“I was supposed to get two, but I guess I needed three,” Rodriguez said. “I needed them because mine were already broken and fallen and all of this stuff but it’s a good thing that they’re doing for the community.”

“I’m happy that I have them and I wish more people would get them in their houses,” Luna said.