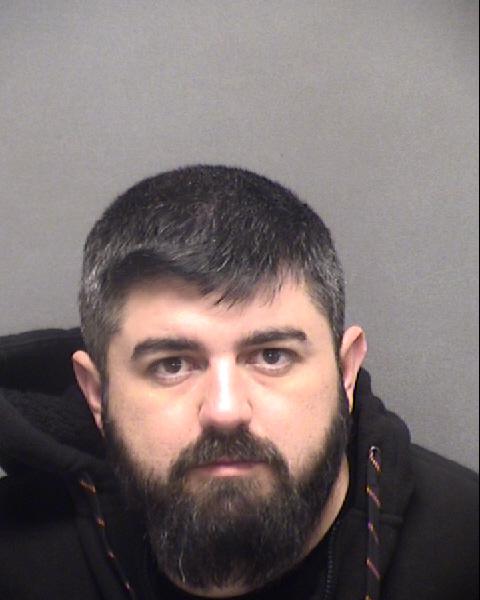 A 34-year-old man was arrested Thursday in connection with a fatal shooting that occurred after a night out at a Spurs game allegedly devolved into a violent argument between brothers-in-law.

David Julian Juarez was charged with murder and is being held on $150,000 bail.

San Antonio police were called to the 6400 block of Ridge Creek Drive on the Northeast Side for a shooting in progress. When they arrived, they found 36-year-old Felix Lee Vega — a brother-in-law of Juarez — in his vehicle with a gunshot wound to the side of his head and a bullet hole in the rear passenger window.

Officers found several shell casings just inside a broken window at the residence that Vega was parked in front of, an affidavit supporting Juarez’s arrest said.

Juarez and a witness living in the house initially told police that they knew Vega but didn’t know why he was parked in front of their house. Juarez told the police that he had gone to a Spurs game with Vega and some family members but that he didn’t know what happened during the shooting.

Vega’s wife, who is Juarez’s sister, later told police that after the Spurs game, the group went to a nearby bar where Juarez and Vega became intoxicated and Vega became belligerent. An argument between the two ensued but was stopped after a friend picked up Vega from the bar and took him home, according to the arrest affidavit.

The friend told police that Vega argued with Juarez on the phone during the drive and that when Vega was dropped off at home, he got into his truck and drove off.

Video surveillance outside Juarez’s home shows Vega arrive and using profanity and taunting Juarez. Vega knocked on Juarez’s door several times, telling him to come outside before walking back to his truck, the affidavit said.

Shortly after, two gunshots and breaking glass can be heard in the video. It shows Vega’s truck rolling forward slowly and tapping the vehicle in front of it. The witness who lives at the residence found Vega and called 911.

Vega was taken to the hospital and died several hours later.

The witness told police that Juarez was fearful Vega was trying to get into the house and just wanted to scare his brother-in-law away, the affidavit said. Police noted that Vega was in his truck and no longer a threat to Juarez when the firearm was discharged and that Juarez never called 911.