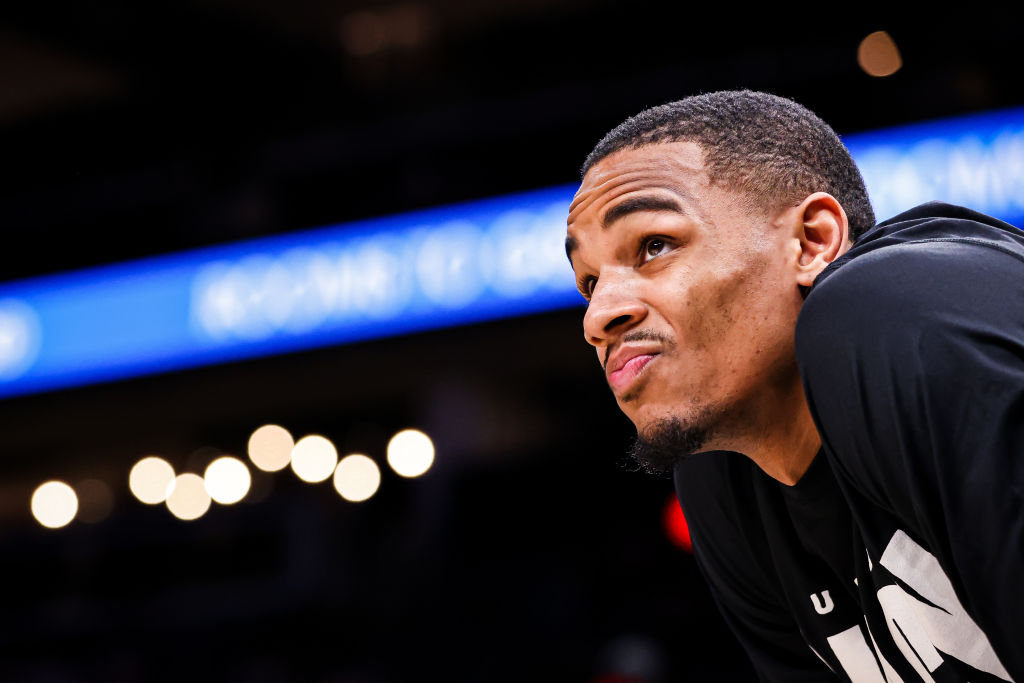 One year ago, Dejounte Murray was one of the brightest stars on a young Spurs roster. Now, his fall from the good graces of San Antonio is continuing to take a hard nosedive.

The former All-Star point guard continued to pour gasoline on an already sour relationship with his former team and fans on Thursday, January 19 after dishing about his time here in the Alamo City on Showtime’s All The Smoke podcast with host Stephen Jackson and Matt Barnes.

Dejounte Murray opens up about his time with the Spurs. ?‘?

Murray talked about a slew of topics during the nearly two-hour long sit down, but he didn’t mince words as he explained how the Spurs treated him during his rookie year in the NBA.

Murray said that the Spurs eventually offered him teammate Pau Gasol’s jacket. But he continued making note of the fact that he was getting the better of former teammates Tony Parker and Patty Mills in practice but was still getting no burn time on the floor as head coach Gregg Popovich continued to stick with the veterans on the team. But as he grew and took his game to the next level the following year, Murray eventually earned the role as the team’s starting point guard. A fact that Parker didn’t take entirely too well, according to Murray.

Dejounte Murray opens up about his time with the Spurs and shares how he would’ve wanted Tony Parker to mentor him.

Now, it’s no secret that Murray and the San Antonio Spurs’ relationship hasn’t been the best in recent memory. Just six months ago, the former San Antonio guard was seen online arguing with fans right after penning a heartfelt exit letter with news of his trade to the Atlanta Hawks.

Some fans at the time were defending Murray, citing that the All-Star had recently just lost his grandmother. But some Spurs fans will be hard pressed this time around as Murray’s comments look out of place, and uncalled for. Many took to the web on Thursday to express their frustrations.

DeJounte Murray acting like he went through some disastrous turmoil over the course of his tenure in SA, that had the media/fans worried. Closed doors that would leak or maybe the coach might get fired. Or he wasn’t treated right.

How does a player who doesn’t go out, hangs out with his kid, plays basketball, and enjoys cosmic bowling unprofessional? #DejounteMurray

Dejounte Murray has made it tough to root for him since he got traded to the Hawks this summer, and badmouthing his former team is lame.

The Spurs made him a starter by year two, paid him before he proved a darn thing, and prioritized his development following a serious injury. https://t.co/eaZfEYv8y1