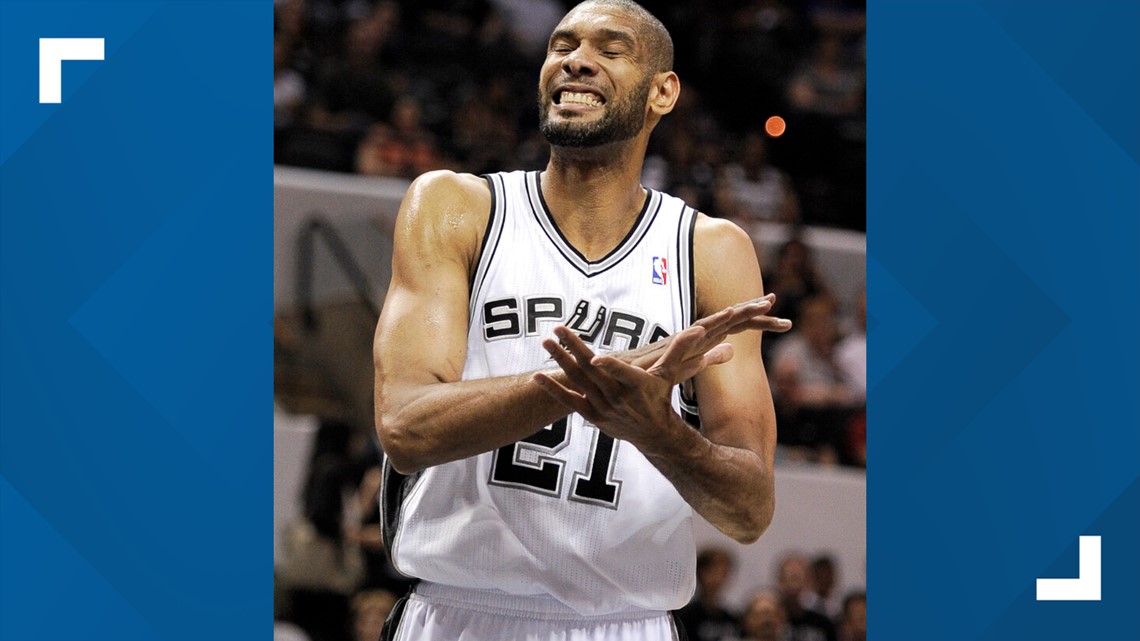 SAN ANTONIO — The San Antonio Spurs are gearing up for the 2022-23 season with training camp underway.

Now let’s catch you up on the latest on the Silver and Black.

Nuggets’ Nikola Jokic never hides the fact he is a big fan of Spurs legend Tim Duncan. He repeatedly says he wants to be Denver’s “Duncan” and reiterates this sentiment during Denver’s recent Media Day.

Nikola Jokic: “I want to be the Tim Duncan of the Denver Nuggets, but I need to win a couple championships to be him.”

A local radio personality. Chuck Vans, is giving away a T-shirt and sticker combo. Find out how to win on this Friday’s Locked On Spurs episode.

Next @LockedOnSpurs fan giveaway is courtesy of @ChuckVansShow ! He is donating a free tee and sticker set for 1 lucky winner.

Listen to this Fri’s LOS to find out how to win. #porvida #gospursgo #SanAntonio pic.twitter.com/ASg3Z1YGIp

The Spurs G League affiliate Austin Spurs made a trade recently. They have acquired the returning player rights to guard Chaundee Brown Jr. from the South Bay Lakers. Here is all the info you need to know.

LOCKED ON FANTASY BASKETBALL PUTS THE SPURS IN FOCUS

Here are their thoughts on the Silver and Black:

Spurs halftime performances are fun to watch and we already know of two shows ahead of the start of the season.

For your San Antonio Spurs Halftime Performances representing PSJA and the RGV.

The pair of Spurs “home” games in Austin will be at the Moody Center this upcoming season and here is the ticket news you need to watch the Spurs up Highway I-35.

Tickets for Austin SAS games will go on sale on Sept. 28 10 a.m. at https://t.co/wXh6lQx9PX, Spurs Mobile App, https://t.co/qEiwdvdXg9. Tickets will be limited to 4 per household for each Spurs game at Moody Center #porvida #nba #gospursgo

Terrell is a big Spurs fan and was particularly excited for “breakfast taco air freshener night” at an upcoming Austin Spurs game.

Maybe a bit too excited about it.