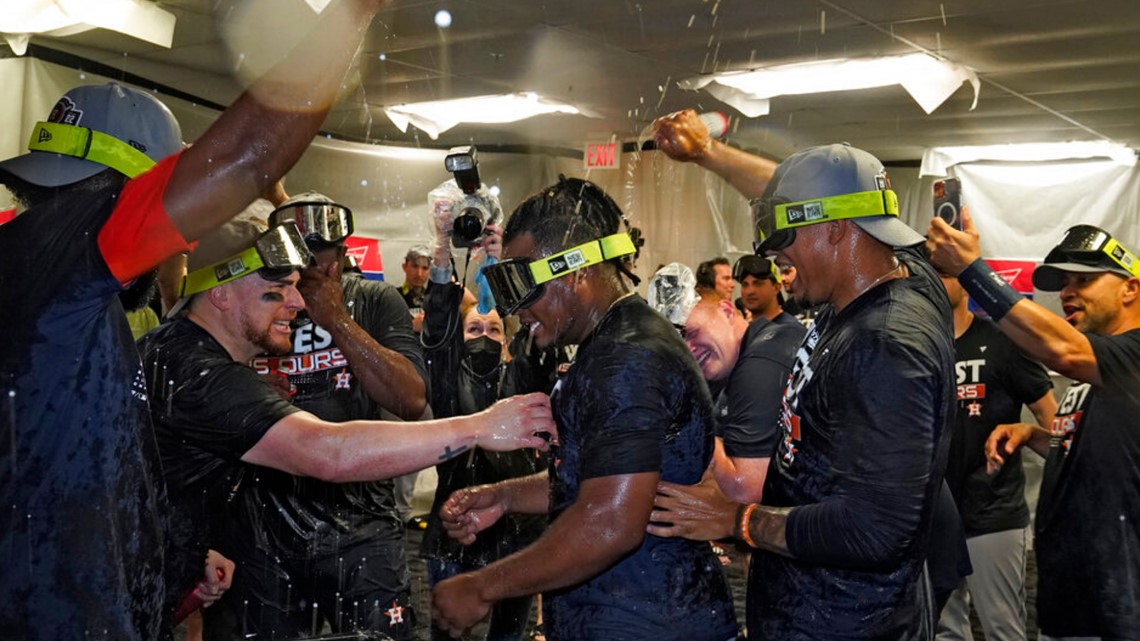 The ‘Stros clinched a playoff spot on Friday, but refused to celebrate until they sealed the division title.

TAMPA, Fla. — For the fifth time in six years, the Houston Astros are American League West division champions after shutting out the Tampa Bay Rays 4-0 Monday!

Houston has won eight of their last nine games and improved the AL’s best record to 97-51. They’ve claimed every AL West division title since 2017, with the exception of the 2020 shortened COVID-19 season, where they finished second behind the Oakland Athletics.

Jose Altuve set the tone with a solo home run in the first inning off losing pitcher Drew Rasmussen and the Astros never looked back. They added three more runs in the sixth inning to seal the deal.

The Astros actually clinched their playoff spot before the weekend after a strong start by Justin Verlander helped the team win 5-0 over Oakland, but the squad refused to celebrate until they scored the division crown.

Houston got its “magic number” down to one after pitcher Framber Valdez set a major league record with his 25th straight quality start on Sunday against the A’s.

It was all part of an 11-2 win that saw Yordan Alvarez and Martin Maldonado notch four RBIs a piece in the victory.

Justin Verlander gets beer poured down his back…by Yordan Alvarez during his interview: “Again?!?” #Astros pic.twitter.com/xTddbb5Rg6