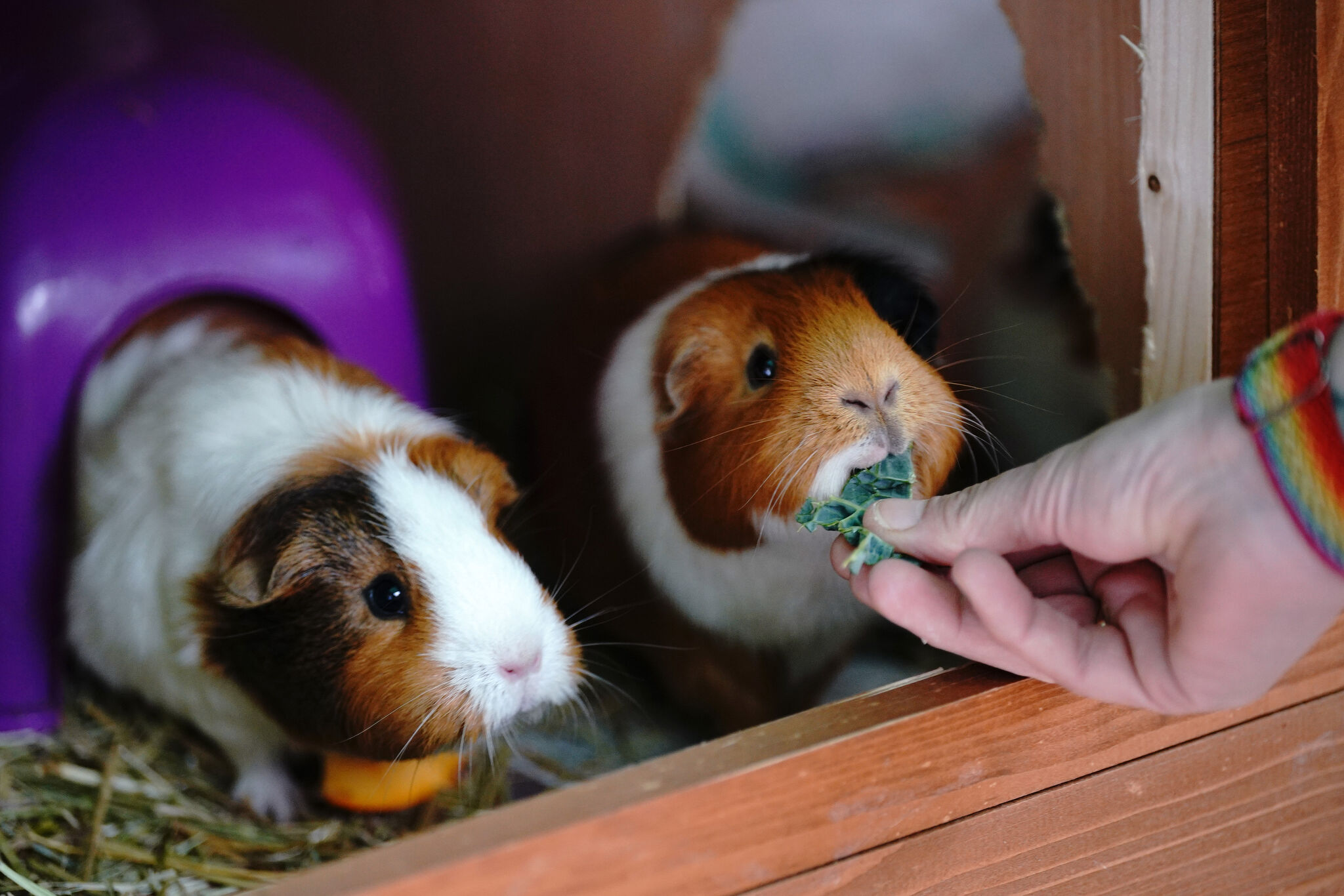 Driving along I-35 or using a public restroom in an Austin park, one does not suspect to run into a loose guinea pig, much less a rare one. Recently, though, the Austin Guinea Pig Rescue, a local nonprofit, has received multiple notifications of abandoned satin guinea pigs in the city, as far north as Round Rock and as far south as Buda.

“We have over 20 guineas right now and most are on hold as we assess their health and wait for the birth of babies from the pregnant ones,” AGPR President Elizabeth Frisch tells MySA.

“We started noticing in August 2022 we picking up from local shelters and getting called out to capture piggies via phone calls or Facebook requests, guinea pigs that had ‘satin’ DNA,” Frisch says. “It’s rare and not even allowed to be sold by most pet stores because there is a disease called satin syndrome that impacts many satins.

In normal years, Frisch says, they get very few — and sometimes zero — satins surrendered to AGPR. The organization’s volunteers have been run ragged chasing the abandoned guinea pigs all over Central Texas.

“This person has not dropped in the same park yet,” Frisch says. “They are moving parks for each drop which is why we are offering amnesty and asking the news to get the word out that we will take all the animals as it is also endangering our volunteers to be crawling in woods thickets, and other areas trying to trap and capture these terrified animals with snakes, scorpions, thorns, and poison ivy all over the place.”

The organization is asking anyone who is abandoning guinea pigs to call them at (512) 648-6536 or email austingpr@gmail.com, with no questions asked, so that they can surrender their remaining animals.

AGPR is also asking people who find stray guinea pigs on the street to contact the organization, or, if you can capture the animal with a small box or towel, to call a local animal shelter.