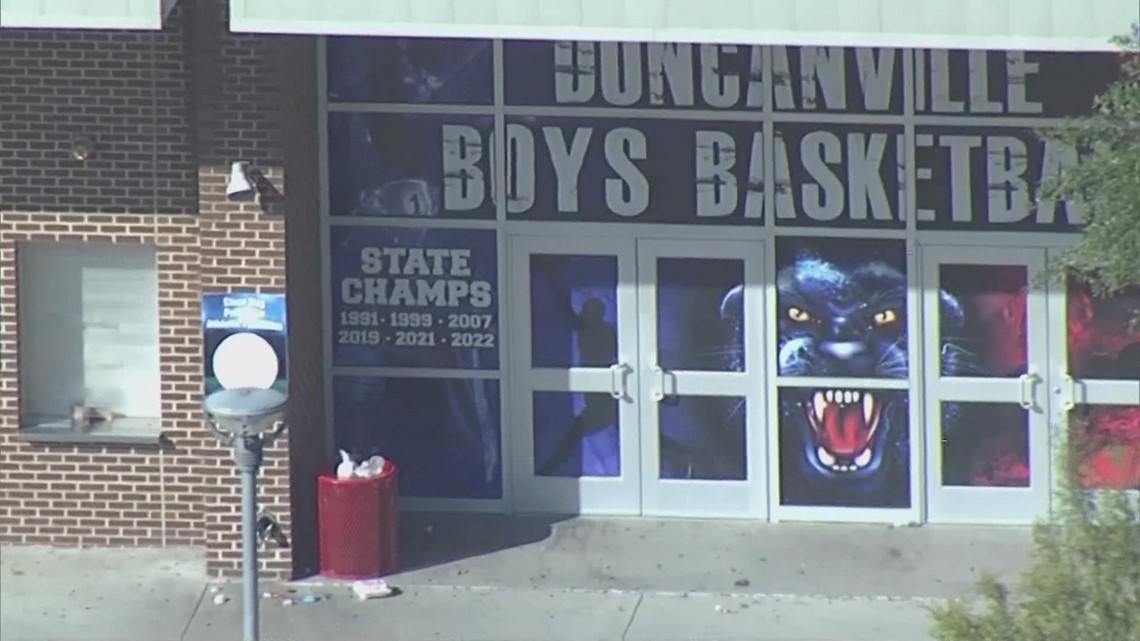 The announcement comes after the UIL stripped the team of its 2022 Class 6A state championship and placed the team on three years’ probation.

The announcement comes after the UIL stripped the team of its 2022 Class 6A state championship and placed the team on three years probation after ruling the team used an ineligible player.

“It does them a disservice for the district to make a decision on their own without communicating with us parents,” said Tarasha Holland, a parent to a child on the team.

Late Friday, a small group of parents and players met with the media to address their frustration with the decisions. They are asking for the UIL and the district to reconsider their decision.

“We’re 16 to 18 years kids and it’s distressing that we’re getting caught up in the politics of all this,” said senior captain Jackson Prince.

There is a concern that opting out of the post-season will have an impact on those seniors who are currently being recruited.

The boys team’s Class 6A title, which was the school’s third such championship in a row, was stripped after the UIL ruled that Duncanville had to forfeit all games in which then-senior point guard Anthony Black played.

The Duncanville girls’ team was also banned from this season’s playoffs in the UIL ruling.

Duncanville ISD officials said after discussing the situation with UIL officials, District personnel, and the basketball team, Duncanville ISD Superintendent Dr. Marc Smith made the decision for the boys team to opt out of postseason play. The district said in an statement it is in the best interest of the students, student athletes, the boys’ basketball program, the District, and community.

“We believe the UIL has a better understanding of our situation and will not impose any additional penalties if we opt-out of post-season play this school year,” Dr. Smith said. “Duncanville ISD respects the UIL, we are a proud member of the organization, and all of us want to expedite decisions that prove our commitment to winning with honor by following UIL rules.”

The Duncanville boys team is the top-ranked team in 6A in Texas heading into this season, according to Texas Association of Basketball Coaches poll. The Duncanville girls team is ranked No. 4 in the coaches’ rankings.

The Duncanville boys basketball team will continue to compete according to their posted schedule, which includes district games and national showcases, officials said.

The superintendent said in a press release he is fully committed to working cooperatively and proactively with the UIL to enhance Duncanville ISD’s efforts to comply with all UIL rules.

Smith added on Thursday that he has made changes within the district’s athletics department in wake of the UIL penalties.

“This change in leadership is the first of a multi-step plan to strengthen our athletic programs and our national reputation as a powerhouse athletics organization,” Smith said in a statement.