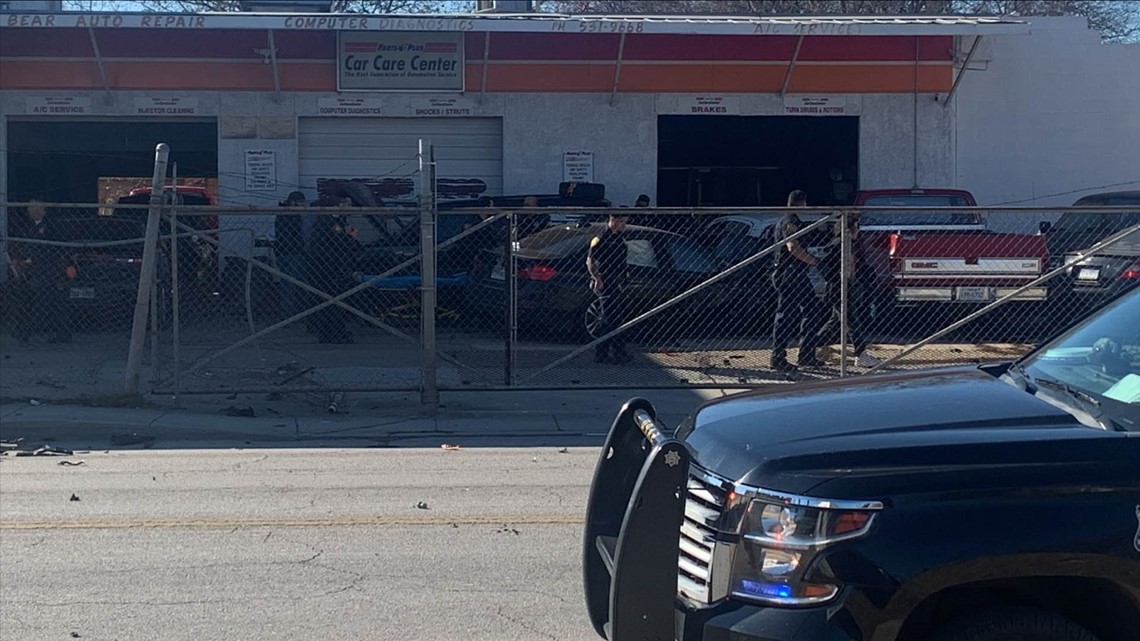 San Antonio authorities said the young driver crashed into a car on the road before jumping a curb, crashing through a fence, and trapping a man under a vehicle.

SAN ANTONIO — A DWI charge is pending against a young driver after he crashed into a car and careened into an auto repair shop, damaging six other vehicles and injuring a mechanic who was working underneath one, police say.

It unfolded on Hackberry on the near east side Wednesday afternoon. According to officials with the San Antonio Police Department, the driver of a BMW possibly ran a red light before striking a blue vehicle. Police said the BMW then jumped a curb, crashed through a fence and caused damage to six vehicles in the parking lot of the shop.

Police said a mechanic in his 40s was working underneath one of those vehicles at the time, and was briefly pinned underneath. He was eventually rescued and taken to a local hospital with several broken bones.

The people in the other car complained of minor injuries but were not taken to the hospital, police said.