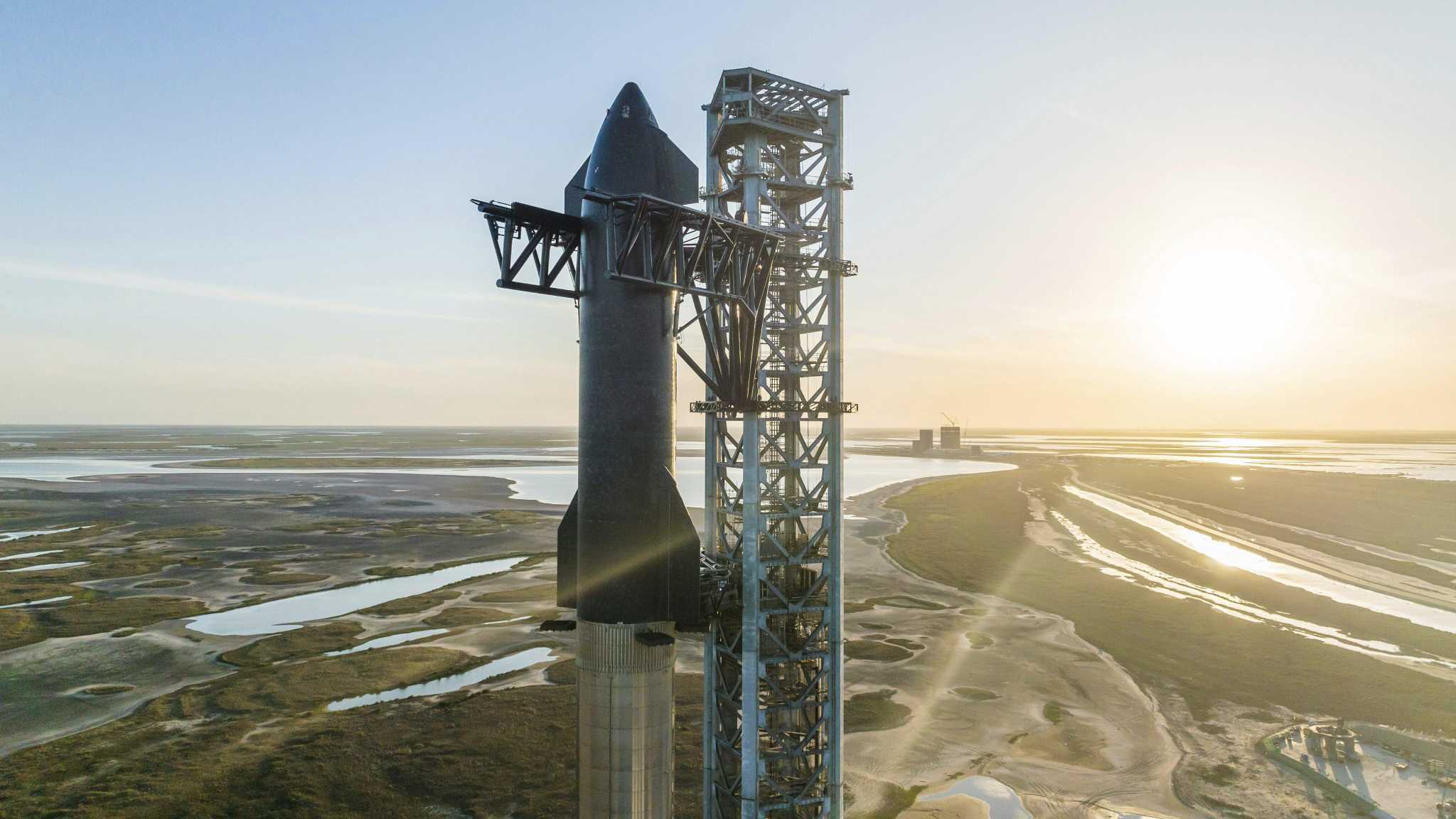 But he’s also planning to start shipping Starship rockets to Florida from South Texas next spring.

“Probably Q2 next year, with vehicles initially transferred by boat from Port of Brownsville to the Cape,” Musk said Wednesday in response to inquiries via Twitter about launch timelines and locations.

SpaceX has been developing the reusable Starship at its Starbase compound in Boca Chica, near Brownsville. It’s the nearly 400-foot-tall vehicle expected to launch cargo and astronauts on missions to the moon and Mars. It’s also key to expansion of the company’s Starlink network of communication satellites.

Though Musk suggested Wednesday the first orbital launch could be from South Texas, the possible transfer of vehicles raises anew questions about the future of the facility. He has long promoted the compound as “the Gateway to Mars” — the site from which the company would launch astronauts to the moon and red planet.

But as the private space company continues regular launches of its smaller rockets from Florida — where it’s also building a Starship launch site at NASA’s Kennedy Space Center — area residents and others say it’s likely Starbase’s focus is shifting to research and development and away from orbital launches.

Past and current employees of SpaceX, speaking on condition of anonymity to discuss the company’s plans, have also said South Texas is no longer seen by Musk as the gateway.

As he waited through multiple delays in an environmental review required to begin launch operations at Boca Chica, Musk hinted earlier this year he would set his sights on launching Starship from Cape Canaveral.

Regarding the long-awaited orbital launch, he said Wednesday: “Late next month maybe, but November seems highly likely. We will have two boosters & ships ready for orbital flight by then, with full stack production at roughly one every two months.”

SpaceX has been conducting static fire tests on the launch pad at Starbase and will continue testing its boosters in South Texas, he said. It will soon fire 33 engines simultaneously, with the goal of stacking a Starship on the launchpad at Starbase as early as October.

SpaceX last year started moving forward with building-out a Starship launch site at Launch Complex 39A at NASA’s Kennedy Space Center in Florida, as another option to the Starbase development and launch compound.

On ExpressNews.com: ‘It’s not going to be as sexy’: Boca Chica looks toward a SpaceX future less lofty than it’d hoped

“We do have the alternative of the Cape, and we actually applied for environmental approval for launch from the Cape a few years ago and received it,” Musk said during an event at Starbase in February. He estimated it would take “six to eight months to build up the Cape launch tower and launch from there.”

Amid the uncertainty, SpaceX on Monday successfully conducted a static fire test on seven Raptor engines on the Super Heavy prototype dubbed Booster 7 at Starbase. It was the greatest number of engines tested at once, passing a critical step toward lift off. The tests simulate the firing of the engines during an ascent to orbit.

Musk was pleased. “Chamber pressure looked good on all 7 engines,” he said on Twitter.

Musk said Wednesday the company’s “focus is on reliability upgrades for flight on Booster 7” — which is expected to stack on Starship prototype 24 for the orbital launch test here. He noted that the company was also completing Booster 9, yet another Super Heavy prototype.

Dutch government announces energy price cap for consumers - mySA
Iconic Goodwill gets serious with online for thrifters - mySA
Confessions of a gentrifier: Why owning a home on San Antonio’s East Side comes with great responsib...