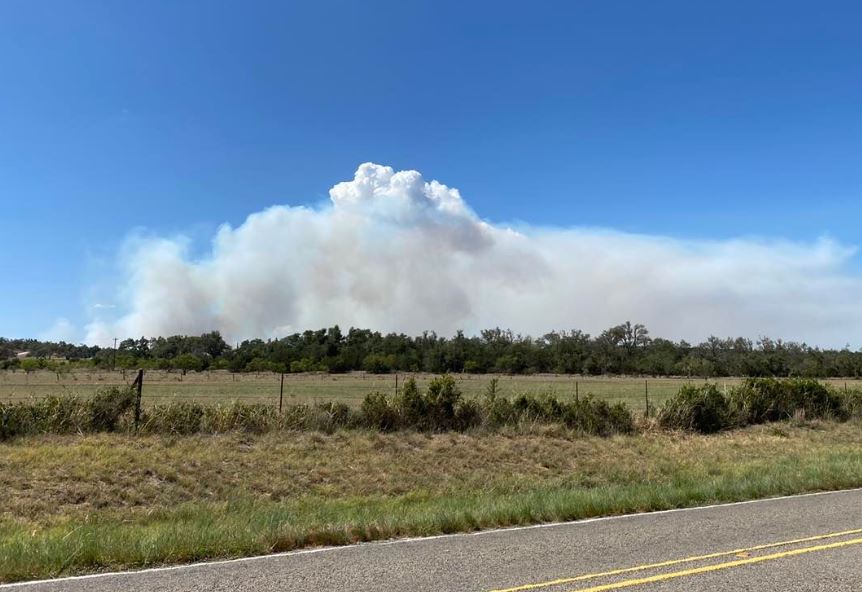 Update: 9 a.m., Thursday, August 4: Enchanted Rock, the site of a massive wildfire on Wednesday, August 3, has reopened. No extra details were given about the state of the wildfire. However, park visitors are encouraged to do their part to prevent wildfires and remain cautious.

E rock is open, come out early to beat the heat.
Carry extra water in your pack and cooler, bandana to keep wet around your neck. Do your part to prevent wildfires! Don’t throw your cig butts out the window, caution for heavy machinery. We are a tinderbox. Be safe.

As of 5 a.m. Wednesday, the “Big Sky Fire” is an estimated 1,400 acres and 25% is contained, according to the Texas A&M Forest Service. Officials said the fire continues to spread due to wind, terrain, and volatile juniper and oak fuel type. Bulldozers are engaged while engine crews focus on suppression and structure protection.

There is a Temporary Flight Restriction in place for the area over the fire. Fire managers want to remind the public that drones are not allowed to be flown around active wildland firefighting efforts.