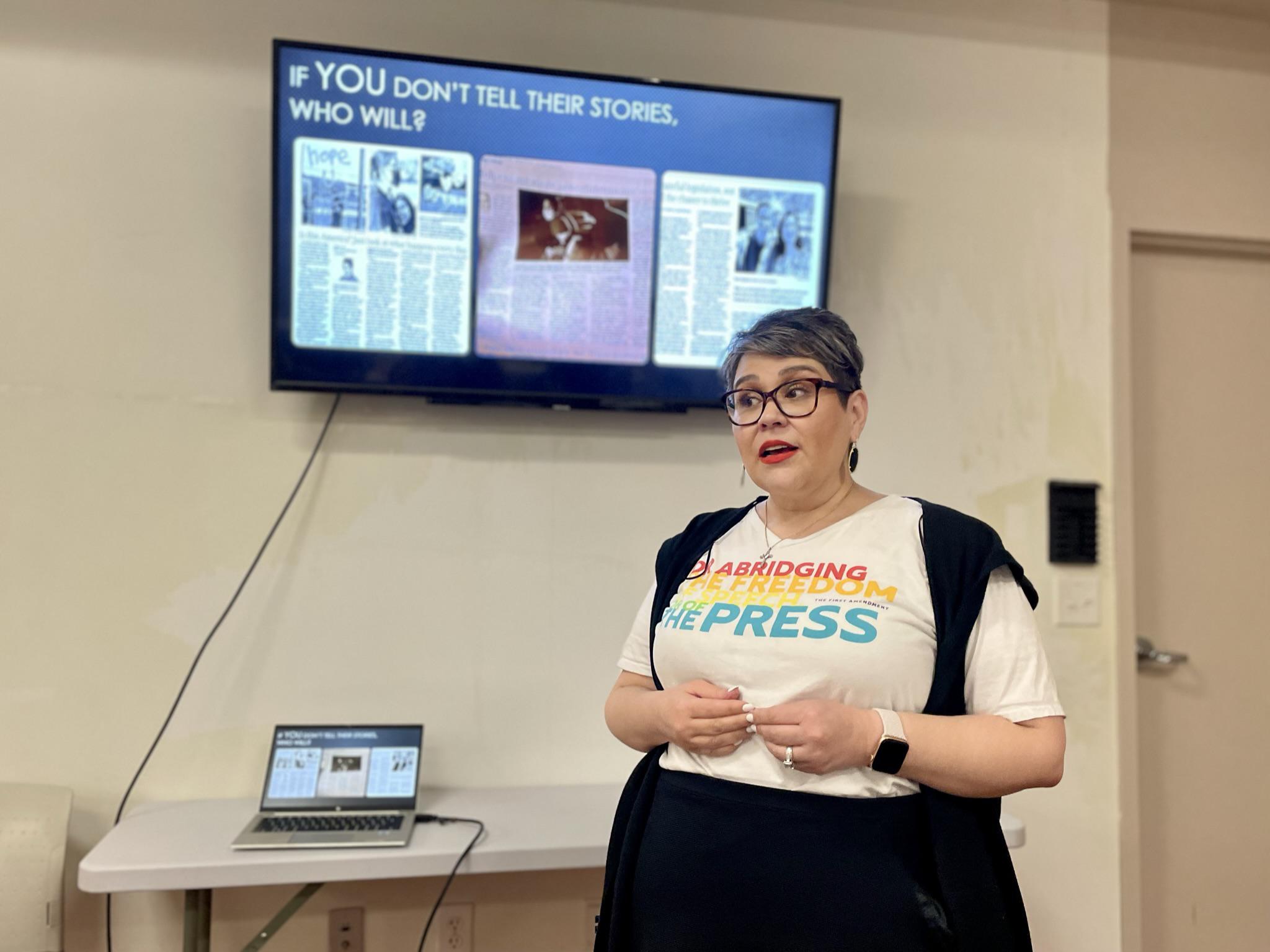 The San Antonio Express-News is inviting high school students from across the San Antonio region to apply for its Teen Team program, which gives students a close-up view of what it’s like to work in journalism.

The program, which for the first time will be offered over the course of a full school year, gives students the opportunity to shadow reporters, photographers and other staffers at the Express-News. Students also will be paired with Express-News journalists for one-on-one guidance on reporting skills, writing and career planning.

During twice-monthly group meetings, journalists will host workshops on news writing, journalism ethics, reporting techniques, social-media engagement and more. The meetings will be held during the evenings on the second and fourth Thursday of each month.

Students also will have the opportunity to produce paid stories for the newspaper.

Do you have questions about the program? Email teenteam@express-news.net.

Students can apply online by filling out the form at bit.ly/ENTeenTeam by Aug. 26.

On ExpressNews.com: Meet the S.A. family that’s been street vending for three generations

To be eligible, applicants must be current juniors and seniors in and around the San Antonio region.

The newspaper offered a similar program in the late 1990s and early 2000s, and several participants went on to careers in the journalism and communications fields. Former Teen Team members include Madalyn Mendoza, journalist at MySA; Francisco Vara-Orta, director of Diversity and Inclusion at Investigative Reporters & Editors; and Bonnie Kavoussi, a former Huffington Post journalist.

Luz Moreno-Lozano, a journalist at the Austin American-Statesman, was part of the 2008 Teen Team and said the program was her “first foot in the door in launching my career as a journalist.”

“Today, the skills I have learned have carried through to my daily reporting — from a community news reporter in Atascosa and Medina counties to covering the social injustices of Austin and its surrounding communities,” Moreno-Lozano said last year, after the program was relaunched. “And it all started with the Teen Team.”

On ExpressNews.com: For years, she went by a different name to fit in. Not anymore.

In 2021, the newspaper brought the program back under the direction of the Express-News Diversity & Inclusion Committee.

To apply, students must complete an online application and submit up to two samples of their work. Work samples may include published or unpublished stories, essays, photos, cartoons, videos, podcasts, blogs, social media posts or other creative work.

Students are also encouraged — but not required — to submit a letter of reference from a non-family member, such as a teacher or employer.

Students don’t need to have any journalism experience, and students from all backgrounds are encouraged to apply.