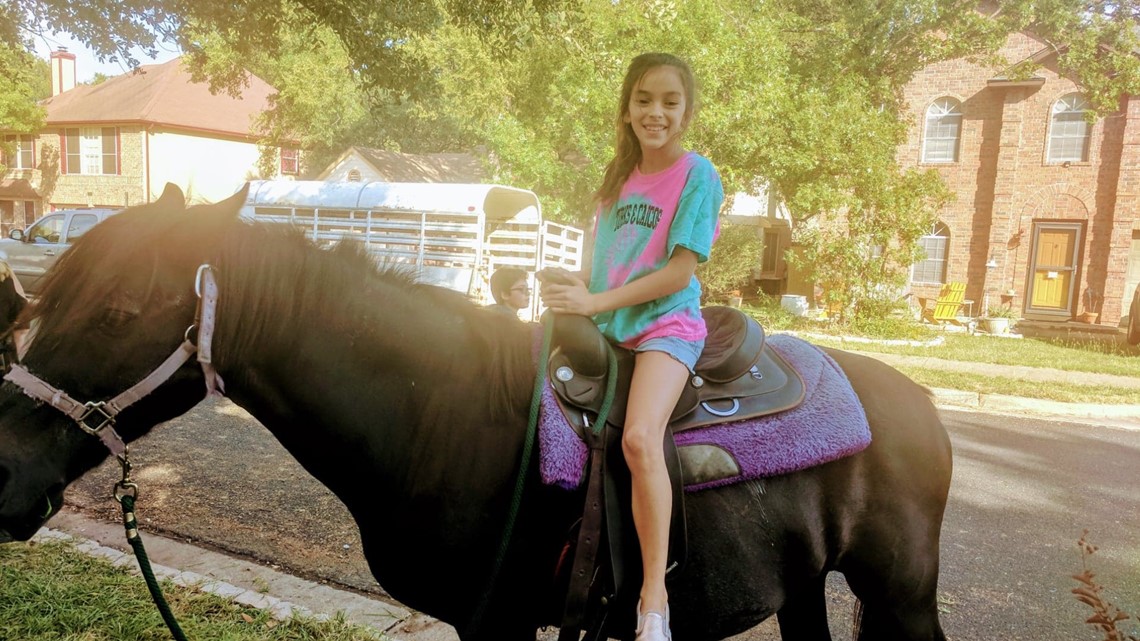 SAN ANTONIO — The family of London Bribiescas, a 10-year-old girl who was killed back on January 10, 2019, along with 16-year-old Alexa Montez and Nichol Olsen, has sent a letter to the Texas Attorney General requesting he reassign the investigation to the Texas Rangers.

“Bexar County Sheriff Javier Salazar has failed in his duty to seek justice for London and her sister, Alexa Montez, has inflicted pain on their surviving family to distract from his own incompetence, and has broken his word to me and my clients to close the investigation into their deaths and release the results of the Bexar Count Sheriff’s Office so that they may find closure,” the letter says.

Nichol Olsen and her daughters, 10-year-old London Bribiescas and 16-year-old Alexa Montez, were found shot to death in their Anaqua Springs Ranch subdivision home, near Leon Springs. The medical examiner’s office ruled the mother’s death a suicide and the girl’s deaths as homicides.

“On the morning of January 10, 2019, the lifeless body of my ten-year-old niece, London Bribiescas, was found in her bedroom by someone who would later be considered a person of interest in the case,” the letter continues. “The bodies of her older sister, Alexa, and mother, Nicole, were also found nearby. Within the hour of being notified, my family arrived at their Anaqua Springs home in Helotes, Texas, and stood outside in the cold until nightfall, when three hearses finally left the house. We went home that night with no answers to what happened to London, Alexa, and Nicole. Three and a half years later, we still have no answers.”

The letter requests that the investigation be reassigned to the Texas Rangers, taken away from the Bexar County Sheriff’s Office.