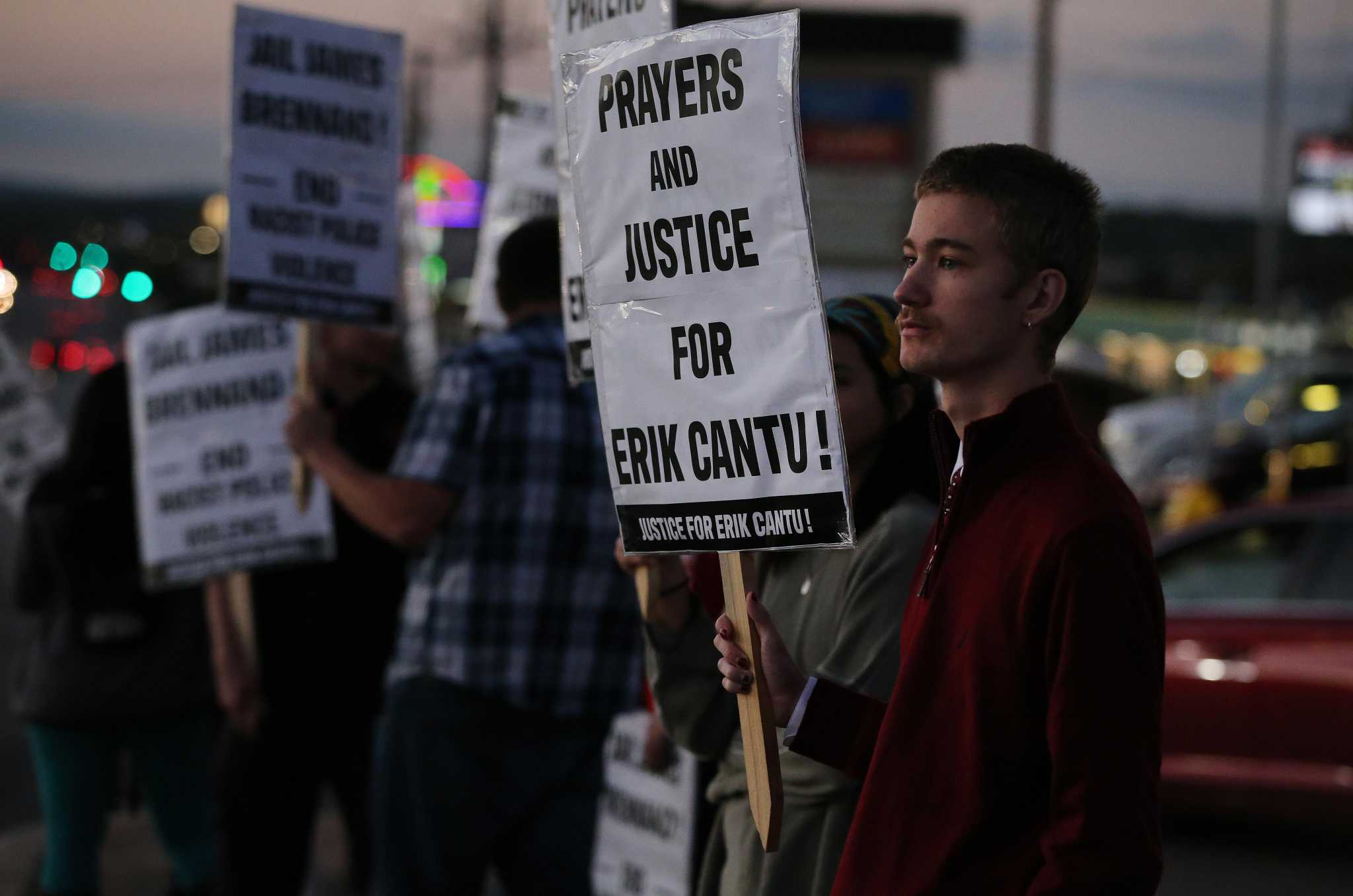 The family of Erik Cantu, the teenager who was shot by a now former SAPD officer, has provided an update on his status. Last weekend, Cantu’s father wrote on his son’s GoFundMe page that the 17-year-old is now awake after being in the hospital for over a month.

Cantu was sitting in the parking lot of a McDonald’s in San Antonio on October 2 when now former police officer James Brennand approached his vehicle and shot him several times. Brennand was charged with two counts of felony aggravated assault by a peace officer. The family believes Brennand profiled Cantu because he was Hispanic.

On the day of the shooting, Cantu was transported to the hospital in critical condition. His mother, Victoria Caceres, said her son was shot in his stomach, diaphragm, lungs, liver, bicep, and forearm. In the GoFundMe update on Friday, November 11, the family wrote how Cantu has been fighting hard to recover.

“After 6 long weeks and by the grace of God along with all the prayers sent by the masses we are emerging victoriously from this unfortunate event,” his family wrote in the post with an image of Cantu smiling. “You’re the first to see this smile and I’m one proud father to see this young man fight so hard to be here.”

The family added that Cantu has one more potential surgery and weeks, months, and years of rehab but believes he can overcome it all. The GoFundMe has raised $41,990 as of Tuesday, November 15.