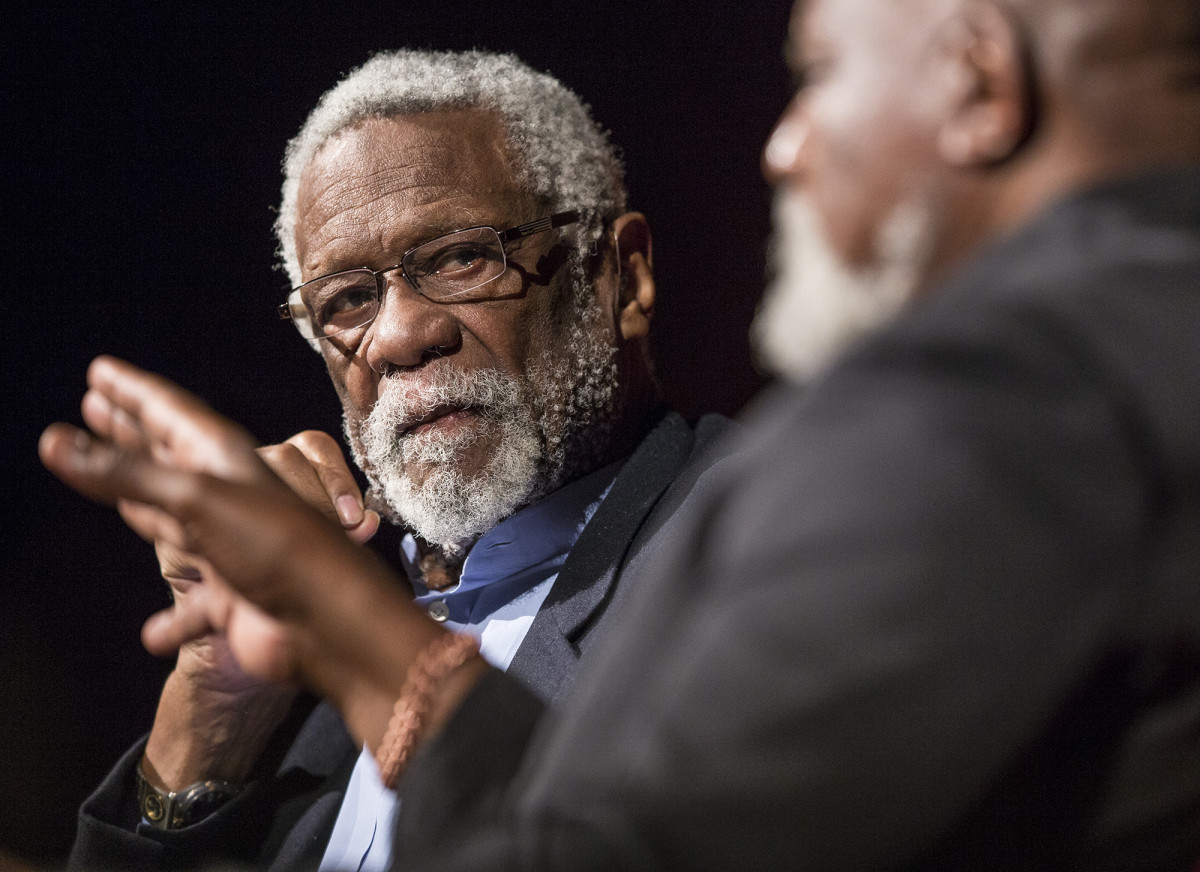 The NBA world is mourning the loss of legendary player and civil rights icon Bill Russell. On July 31, he passed away peacefully in his sleep at the age of 88.

Russell is considered the single greatest winner in NBA history. He won 11 championships and five MVP awards during his professional career. Two of those championships occurred as a player-coach, making him the first Black head coach in all of major American sports history.

Part of Russell’s incredible NBA legacy was his continued appreciation for and impact on the game of basketball. Among the players who Russell strongly admired was Tim Duncan — even going as far as to call him his favorite player.

The San Antonio Spurs published a video compilation of some of the top moments shared between Russell and Duncan over the years. The two shared some historic conversations with each other during Duncan’s incredible Spurs tenure.

During a one-on-one conversation back in 2009, Duncan sat down with Russell and the two shared a look into their strong bond. Duncan felt the two shared similarities with one another and shared his admiration for Russell’s basketball acumen.

“It’s kind of eerie, the similarities we’ve had in our lives and in our careers,” Duncan told Russell in 2009. “I love that you’re a basketball mind. You never know that about people until you’re able to sit down and talk to them, so it was a lot of fun learning that about you.”

Russell shared a story about how legendary baseball player, Jackie Robinson, regarded him as his favorite athlete. Robinson’s wife told Russell this and asked him to be a pallbearer at his funeral. While doing so, Russell told Duncan that he has the same view of him and that he didn’t think he is finished winning championships yet.

“We have so much in common. I feel very flattered (to be compared with you),” Russell told Duncan.

“Do you know the name Jackie Robinson?” Russell continued. “When Jackie Robinson died, his wife called me and asked me to be a pallbearer at Jackie’s funeral. I said, ‘Of course,’ but I asked why? She said you were Jackie’s favorite athlete, and that’s the same way I feel about you. You’ve played hard, played smart and won championships, and I don’t think you are finished with that yet.”

It’s easy to see why Duncan and Russell shared a strong admiration for each other. There may not be a greater case of unselfish star impact in NBA history than that of Russell. Duncan shared a lot of those same qualities as a player.

Russell even compared Duncan’s skill-set to his when the Spurs were facing off against the Miami Heat in the 2013 NBA Finals. Russell explained how Duncan’s skill-set makes it easy for anybody to play with him and win while doing so.

“(Duncan) has the same kinds of skills (as me),” Russell told USA TODAY. “He creates problems for the other team on both offense and defense. One of his attributes that most people don’t recognize is his passing. And I don’t think there’s anybody in the league who can guard him one on one…. A guy like Tim Duncan gives a coach a wide range of things you can do. Tim can play with almost anybody, and there are a lot of guys who can’t do that.”