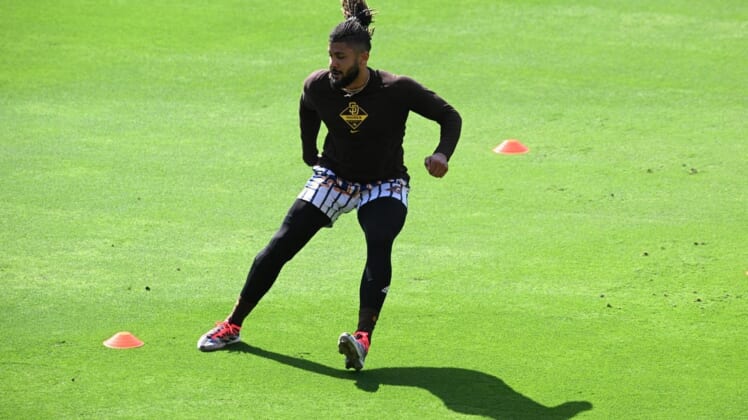 The San Antonio Missions announced he is joining the team effective Saturday but didn’t say how long he would stay. He likely will be there just this weekend as the Missions have home games Saturday and Sunday against Wichita before embarking on a two-week road trip.

Tatis, 23, has not played this year after surgery to repair a broken left wrist, an injury that occurred in a motorcycle crash this past offseason in his native Dominican Republic.

He began taking batting practice the last week of July.

Tatis has finished in the top four of either Rookie of the Year voting or MVP voting in each of his first three major league seasons. He led the National League with 42 home runs last season while finishing third in the MVP vote.

Without Tatis, the Padres enter play Saturday 13 1/2 games behind the Los Angeles Dodgers in the National League West. The Padres, who currently hold the No. 2 wild-card slot, play in Los Angeles Saturday night and Sunday.

San Diego acquired a pair of All-Stars — outfielder Juan Soto from the Washington Nationals and closer Josh Hader from the Milwaukee Brewers – last week before the trade deadline and the return of Tatis will give the Padres an additional boost.