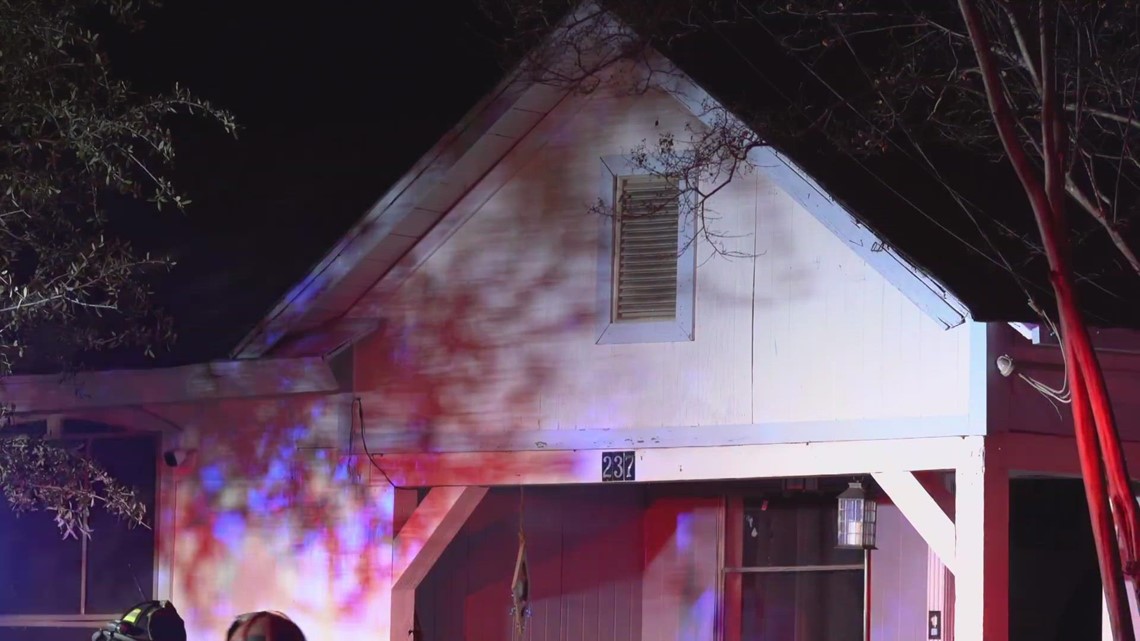 The fire heavily damaged the rear of the home, according to SAFD.

SAN ANTONIO — A late night fire near downtown has forced a family out of their home and into the cold.

San Antonio firefighters got the call around 11 p.m. Sunday to Wingate Avenue on the West side. That’s not far from Frio City Rd.

They say the fire started in the back of the home but it got knocked out quickly.

It’s also the part of the house that is the most heavily damaged. The rest of the home sustained a lot of smoke damage.

No injuries were reported.

The American Red Cross is now helping the three adults and four kids who live there. A family pet was also displaced from the home.