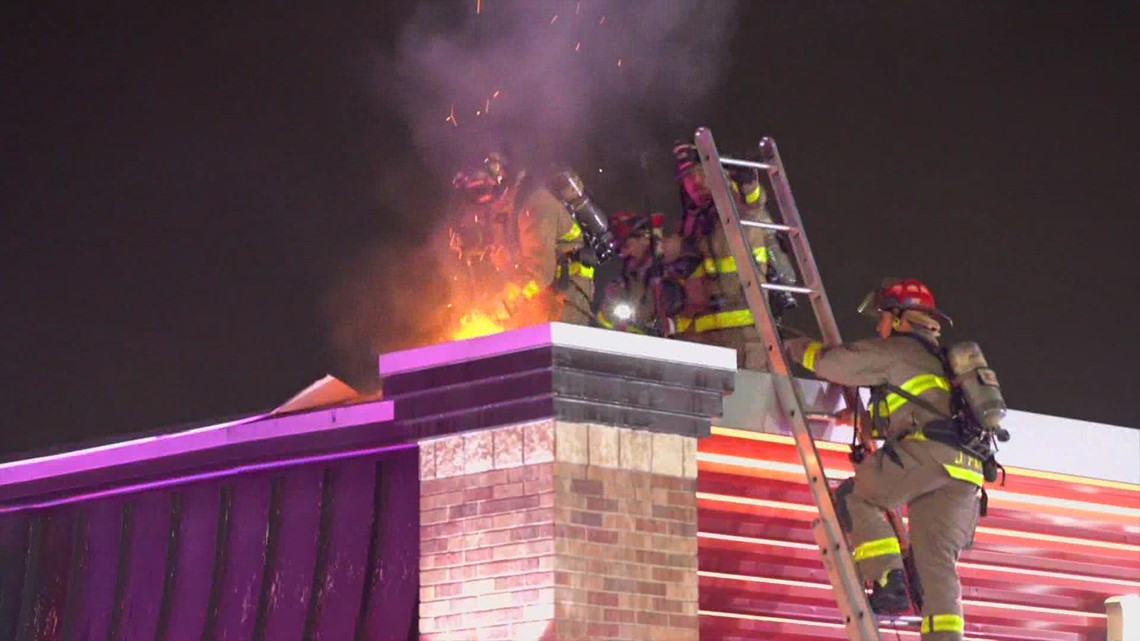 SAFD said that the damage from the fire was minimal and the interior only suffered minor smoke damage.

SAN ANTONIO — Firefighters believe a birds nest may to be blame for an electrical fire at at a west-side fast food restaurant Monday night.

When firefighters arrived at the location, crews noticed a light haze inside the restaurant and light smoke coming from the roof area.

The Chief says firefighters were assigned to inspect the roof after seeing smoke and embers coming from a front facing corner of the restaurant. They removed roofing to expose the fire and put it out with a redline.

The Battalion Chief says that a birds nest was found near where the fire started and believe that the fire was some sort of electrical malfunction caused by the birds or other wildlife.

The restaurant will need to be evaluated and cleared by a City of San Antonio Food Inspector beofre it can reopen for business.

Luckily, the fire occurred at closing time, and no injuries were reported.

SAFD said that the damage from the fire was minimal and the interior only suffered minor smoke damage.

The damages are estimated to be around $6,000, according to officials.