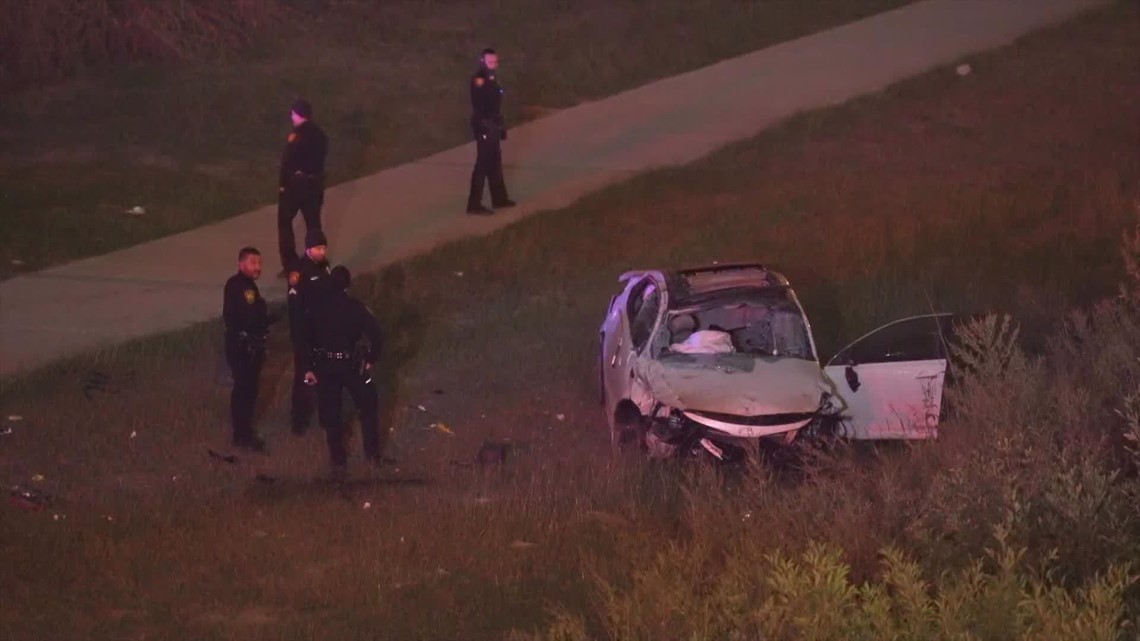 SAPD thinks the driver got spooked by the patrol car and sped up near I-35 South and Laredo Street.

It started with San Antonio Police discovering a stolen car on the road just before midnight.

They say an officer ran the plate and began following the car but he didn’t speed up or turn his police lights on.

SAPD thinks the driver got spooked by the patrol car and sped up near I-35 South and Laredo Street.

Somehow, the driver lost control and the car ended up in the creek by the highway access ramp.

Police say that five minors were inside the car. They were all taken to the hospital. No word on any criminal charges the juveniles will be facing.