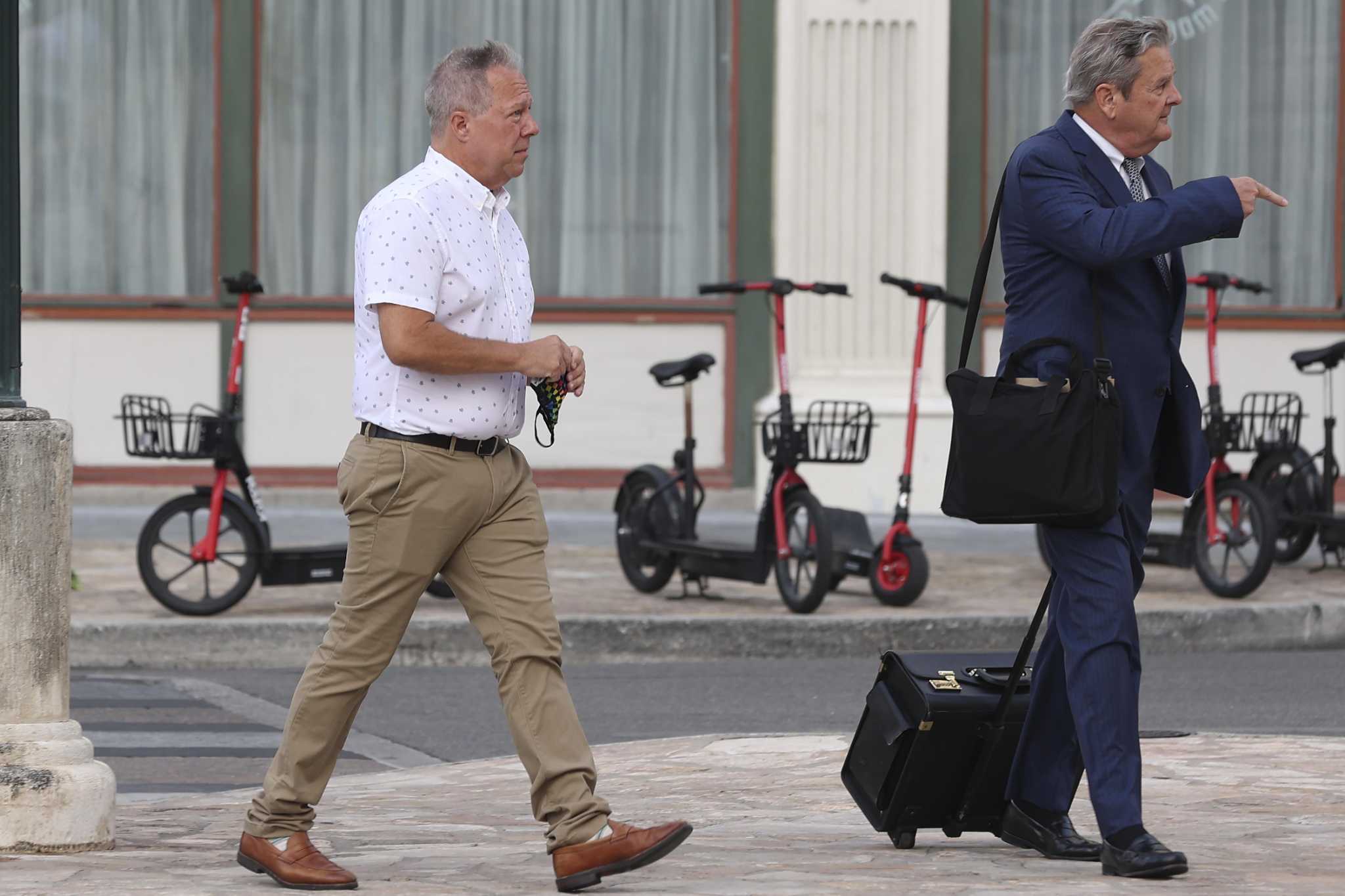 Embattled ex-San Antonio attorney Chris Pettit’s numerous troubles are catching up with him in new ways.

Pettit, mired in bankruptcy after surrendering his law license amid allegations that he had stolen millions of dollars from his clients, this week returned to Florida to start employment at an art store only to learn he had no job.

His efforts to open a bank account were also rebuffed by various financial institutions that refused to do business with him.

Pettit had been living in Florida since at least a couple of weeks before his massive June 1 bankruptcy and said he had landed a job selling art on commission. But he never got to start work, Michael Colvard, his bankruptcy lawyer, said at a Thursday court hearing.

“He got there today and his employer calls him and says, ‘Sorry, we received word from a third party in Texas about the bankruptcy being filed and allegations in the bankruptcy, and your services are no longer required,’” Colvard said.

On ExpressNews.com: Calling his decision ‘draconian,’ judge rules Christopher Pettit has to live on $140 until Monday

He described Pettit as “dejected” over having the job yanked away.

“Why can’t he find employment in San Antonio?” the judge asked.

Colvard replied that Pettit’s “focus” before the June 1 bankruptcy was in Florida and “he wanted to secure that job because that was available. And then that’s pulled out from under him.”

Pettit has been living in a mansion in the Disney World community of Golden Oak. He originally claimed ownership of the mansion — valued at more than $6 million — but later amended his bankruptcy schedules to say it’s owned by an entity for the benefit of his 10-year-old son.

Pettit owns a home on Champions Run in a gated community in Stone Oak that he’s claiming as his homestead in the bankruptcy.

Meanwhile, several banks have refused to open an account for him. PNC Bank, Frost Bank, Broadway Bank and Jefferson Bank all declined Pettit’s business, Colvard said. IBC Bank allowed him to open an account but closed it two days later. The bank even charged a $25 fee for closing the account, said Patrick Huffstickler, an attorney for the Chapter 111 trustee.

Colvard didn’t offer a reason for the banks’ actions, but banks are allowed to assess a customer’s character in deciding whether to enter into a business relationship.

Pettit’s expected back in San Antonio for a court hearing Aug. 4, when the judge may rule on a budget for his living expenses. The judge previously said he might be more inclined to let him access “a little bit of money” if he finds a job.

Pettit has submitted to the court a “limited” budget request that would give him more than $10,000 a month from his retirement accounts. Opposition to the request is anticipated.

The trustee overseeing the assets in the bankruptcy reported Pettit had spent about $260,000 in roughly 50 days after the filing. That prompted the judge on Monday to limit Pettit to $100 a day to live on until next week’s hearing. The money will be added to a debit card. Pettit is required to submit receipts to the trustee for any purchases made.

On ExpressNews.com: Judge declines to hold ex-lawyer Chris Pettit in contempt; puts him on $100 per diem for next 10 days

Given Pettit’s limited financial means at the moment, Gargotta said he wanted to know how Pettit managed to return to Florida. Colvard said he thought Pettit’s airline ticket had been previously purchased.

“I’d like to see receipts, how that was paid, and how he gets back,” Gargotta said. “If it is the debtor’s intention to live in Florida, then that’s going to change the court’s review of the budget.”

On Monday, Pettit narrowly avoided being held in contempt for withdrawing more than $186,000 from his retirement accounts after filing for bankruptcy.

He has certain obligations to meet, including cooperating with the trustee and providing records related to law firm accounts that held money for his clients’ benefit. He faces the prospect of being held in contempt if he doesn’t comply.